But that’s okay. To the almost 20 million people who have streamed their particular brand of sparse and intimate modern folk on Spotify, the husband-and-wife duo remain almost anonymous as well.

“The weirdest part about it is that you don’t have to be known or have a profile for your music to find its audience,” Lauren Barus says down the line from the couple’s kitchen, where she’s busy multitasking by talking to Viva about their new EP, Mass, and making pancakes for her and her musical partner and husband Matt’s two daughters.

“You could be like we are, in our garage in Christchurch, so far away even from the music hub of New Zealand, ticking away at what we do and people can participate in that without knowing our names or where we’re from.”

Matt says, “It’s unusual. We’d have a much higher listenership than a lot of New Zealand bands but we’re not known at all. 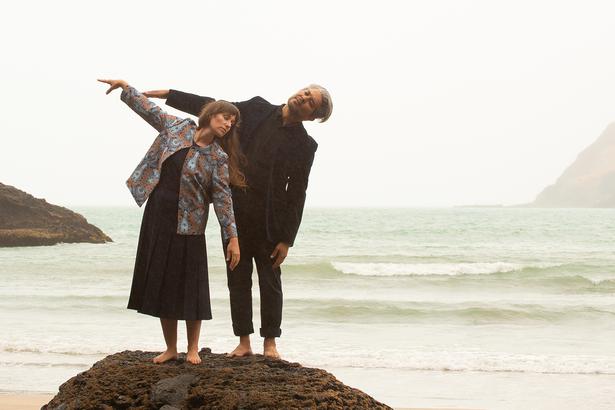 “We’ve got a really big song on Spotify, it’s at almost 18 million streams at the moment — but no one knows who we are at all. Before, you would’ve been on the radio and they’d say who the artist is. But on a playlist you can have really high rotation but no one necessarily knows who they’re listening to.”

I don’t know if “breakthrough hit” is the correct phrase, seeing as Terrible Sons have yet to become a household name, but Matt’s referring to their delicately beautiful duet, Tears Don’t Fall.

He says they put the song on Spotify back in 2015 where it immediately did not become an overnight hit.

“It took quite a while,” Matt says of their slow-burn streaming success. “It started kicking off in 2017. We just put it up there and then one day were like, ‘What the ... ?’”

What happened was a playlist with more than three million followers discovered the song and added it to their own.

Lauren says the numbers took off “like a skyrocket” and that led to the pair being approached by the Canadian-based indie powerhouse Nettwerk Records, who quickly signed them up.

With two young children, the pair had been content to fly under the radar, writing and releasing their music into the world with no grander ideas of chart domination or relentless touring.

But now that their children are a little older, the pair are leaving the house to play some intimate shows around the country.

It’s a vastly different outlook than their previous project, the indie band The Dukes, which had chart success in the mid-2000s with their catchy blasts of addictive pop rock, touring with the likes of The Pretenders, INXS and Blondie.

At that time Lauren was also running a successful solo side-project as L.A. Mitchell, where she was nominated for the prestigious Silver Scroll Award in 2012 and opened for legends Stevie Wonder and Lionel Richie.

“I was at the supermarket and heard a Dukes song and was like, ‘Oh, that’s so embarrassing ... those lyrics are horrible,’” Matt laughs. “Back then I didn’t care what they meant, I was just writing a great hook.

That thing of, ‘You do it because you love it’ is true for us, because music’s not a great income for us. We’re not Six60 making huge songs. We do it because we love it.”

That may be but you don’t rack up millions of streams without having catchy songs.

So while the understated and sparse music of Terrible Sons is a far cry from the all-in ethos of their previous band, it still retains their knack for crafting melodies and moods that burrow into your brain.

The difference being now their songs mean something.

“To me, folk and the sort of music we do is about stories and trying to be honest,” says Matt. “Truth and honesty.”

Lauren adds, “There’s a uniqueness when we write together and an intimacy that comes out of that which I think is a mirror to what other people might experience in their relationship dynamic.

“For us as songwriters, when we go into that space, we’re going to bring some of our stories into it, but a lot of the time we’re trying to reflect on the stories of the people around us or the world that’s around us, or on shared experiences of humanity. Our personal stories are only a bit of salt and pepper on a song. They’re parts that interweave but they’re not the whole thing. We’re trying to articulate some of those broader things in a way that’s still about relationships and still about each other.”

READ: Why Everyone Is Dancing To The Sound Of Harper Finn's Beat

Matt agrees, saying, “It’s weird, the more you let people into your life, even though they see all the crap, the more people connect to you. It feels the complete opposite of …”

“What you should do,” Lauren says.

“Yeah. It’s the exact opposite of social media in a way,” Matt muses. “You show all your fancy bits but it’s actually the normal humanity bits that connect to people more.”

Then he laughs and says, “Some people love the bling! But it doesn’t tell me much about the person ... or maybe it does.”