Silver Lining by Deborah Crowe, from The Flower Show at The Vivian Gallery. Picture / Supplied

1. All About Women Satellite
All About Women is an annual event of discussions surrounding ideas that matter to women. This year, the two main panels will be live streamed to Auckland Museum from Sydney’s Opera House. The first will be a group conversation surrounding the question, "what needs to change?", followed by Piper Kerman, the real life inmate whose bestselling memoir was the basis of Netflix series Orange is The New Black.
— Auditorium, Auckland Museum, March 6. Tickets from aucklandmuseum.com

2. Deborah Crowe: The Flower Show
Digital collages will be on show at The Vivian Gallery from artist Deborah Crowe. Over the past year, Crowe has been capturing floral scenes across the globe, from the New York Botanical Garden to Auckland Domain’s Wintergarden. Bright at first glance, the technicolour works are layered with gloomier references.
— The Vivian Gallery, 39 Omaha Valley Rd, Matakana, March 5 - April 10. Visit thevivian.co.nz

3. Fashion Rules OK
In conjunction with iD Fashion Week, the University of Otago is presenting Fashion Rules OK. The dynamic exhibition will give viewers a chance to explore a range of sartorial books and objects, dating right back to 1684. It’s a great opportunity to look at fashion from a wider perspective, including marketing, imagery, etiquette and theory.
— De Beer Gallery, Central Library, University of Otago, Dunedin, March 11 – June 10. Visit otago.ac.nz

4. Indonesian Fashion Extravaganza
The Indonesian Embassy will open its doors for a culinary and fashion fair to promote their cultural craftsmanship. Keep an eye out for batik and tenun ikat, traditional textiles created through skillful resist dyeing and weaving.
— The Indonesian Embassy, 70 Glen Rd, Kelburn, Wellington, March 5, 10am – 5pm.Visit indonesia.visahq.com

5. The Auckland Fair
The Auckland Fair, a market with a focus on supporting independent businesses, is once again headed to the waterfront this month. There will be stalls boasting artisan products from over 90 independent makers - spend the day browsing homewares, toys, art and cosmetics.
— Shed 10, Queens Wharf, Auckland, March 13. Visit aucklandfair.com

6. Pasifika
Returning to Western Springs this year, celebrate the diversity of Pacific culture with a day of food and vibrant performances. There will be 11 stages each dedicated to a different Pacific nation. Be sure to make a gold coin donation for Cyclone Winston relief efforts.
—Western Springs Park, Auckland, March 12 and 13. Visit aucklandnz.com/pasifika

7. Pop-up Globe
The Pop-up Globe’s season continues into March with adaptions of Shakespeare's Antony and Cleopatra, Titus and The Tempest all on the schedule. There are also ‘In Action’ sessions happening throughout, a series of development workshops for professional actors.
— Bard's Yard, 38 Greys Ave, Auckland, March 1 - 31. Tickets from popupglobe.co.nz

8. Matakana Wine and Food Festival
Get a taste of Matakana with the inaugural Wine and Food Festival. Experience the best in craft beer and wine from local vineyards and breweries, plus olives, oysters and smoked meats. A charity cycle event will weave through vineyards, orchards, olive groves and farmland usually closed to the public – a great way to see where all of the local produce comes from.
— Matakana Country Park, Omaha Flats Rd, March 5 and 6. Visit cmnzl.co.nz/mwff/

9. Christchurch Holi – Indian Festival of Colour
Join the community for a day of energy and colour. This Indian holiday is traditionally celebrated as a day to forgive and look forward. The throwing colours are provided and old clothes essential!
— The Commons, 70 Kilmore St, Christchurch, March 5. Tickets from eventfinda.co.nz

10. The Cult Project
Chefs William Cook and Carlo Buenaventura are hosting a series of pop up dining events throughout the month. Sit down for a progressive three course meal and experience their philosophy of honest eating.
— Madame George, 490 K Rd, and Late Night Diner, 152b Ponsonby Rd, Auckland, March 1 – 18. Visit thecultproject.co.nz 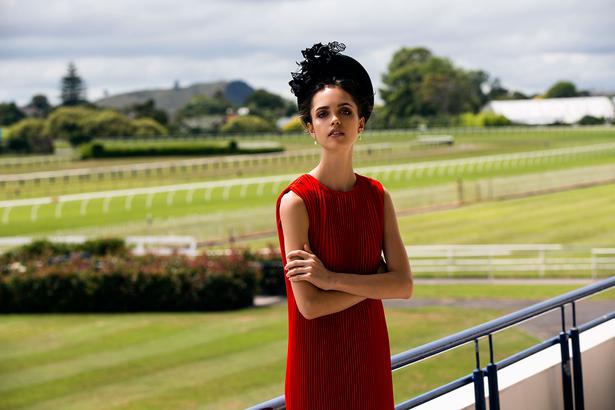 11. Auckland Cup Day
Be a part of one of the biggest days on the racing calendar as the country’s best thoroughbreds compete for the Auckland Cup. Off track, don’t miss Viva Prix de Fashion for the finest in raceway looks - be inspired by these raceday looks.
—Ellerslie Racecourse, Auckland, March 12. Visit ellerslie.co.nz

12. Carabosse Fire Garden
From a small town of Saint-Christophe-sur-Roc, Compagnie Carabosse are bringing their unique flaming sculptures to the Auckland Domain. A crafted landscape of flames and music will set the scene for an evening stroll that’s straight out of a fairytale.
— Auckland Domain, March 4 – 6. Visit aucklandfestival.co.nz

13. Jazz at Lincoln Center Orchestra with the NZSO
Sit down for a night with the New Zealand Symphony Orchestra and experience a trip through American Jazz history as they perform Swing Symphony No 3 by Wynton Marsalis.
— Michael Fowler Centre, Wellington, March 10 - 11 at 7:30pm.Tickets from ticketek.co.nz

14. Tai Tapu Sculpture Garden: Annual Autumn Exhibition
There will be works on display from 19 Kiwi sculptors, nestled amongst the native trees that the park grows as part of a regeneration program. Enjoy the contrast between nature and the hand-crafted in this picturesque location.
— Tai Tapu Sculpture Garden, 199 Cossars Rd, Tai Tapu, Christchurch, Mar 5 – 20. Visit taitapusculpturegarden.co.nz

15. Chocolate factory tours
Learn the ins and outs of the chocolate making process as the Wellington Chocolate Factory opens its doors to the public. The tour will detail the factories commitment to fair trade and single-origin beans. Concluding with a chocolate tasting and complimentary hot chocolate that’s sure to please.
— 5 Eva St, Te Aro, Wellington, March 5 and 12. Visit wcf.co.nz

18. Auckland City Limits
This all ages music festival is headlined by Kendrick Lamar and The National, with local favourites including Ladyhawke and the Naked and Famous. A special Auckland Kiddie Limits section will mean that those under 10 can also get in on the action.
— Western Springs Stadium, Auckland, March 19. Visit aucklandcitylimits.com

19. Madonna: Rebel Heart Tour
For the first time, Madonna will perform in New Zealand as she brings her Rebel Heart Tour to our shores. Longtime collaborator Arianne Phillips has worked on the costumes, designed by the likes of Moschino’s Jeremy Scott and Gucci's Alessandro Michele.
— Vector Arena, Auckland, March 5 and 6. Tickets from ticketmaster.co.nz

20. Royal New Zealand Ballet: Speed of Light
Three contemporary classics, Selon désir, In the Middle, Somewhat Elevated and Cacti, will be performed by the RNZB. The dancers will be joined on stage by the New Zealand String Quartet during their performance of the witty Cacti.
— Skycity Theatre, Auckland; Isaac Theatre Royal, Christchurch and Regent Theatre, Dunedin, March 2 – 16. Visit rnzb.org.nz 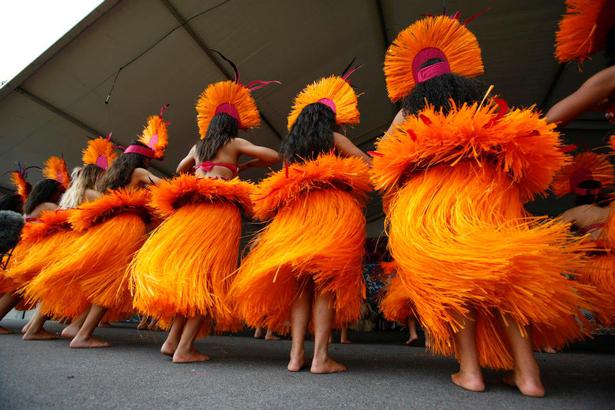 21. ASB Polyfest
Auckland secondary school students will come together to give their all in cultural performances of dance and song over four days. There will be six stages - Maori, Cook Islands, Samoan, Tongan, Niue and the Diversity Stage. This year’s event theme is focused upon a "Return to our natural resources - for body and spiritual wellbeing".
—Manukau Sports Bowl, Auckland, March 16 – 19. Visit asbpolyfest.co.nz

23. The Offensive Nipple Show
Sarah Tuck and Jess Holly Bates explore the censorship of the female nipple in a sitcom that is both humorous and political.
— Basement Theatre, Lower Greys Ave, Auckland, March 8 – 12. Visit basementtheatre.co.nz

24. International Women’s Day Walk for Peace
Show support for International Women’s Day by taking part in the peace walk which is followed by speeches and a picnic in Albert Park. The focus of this year’s campaign is #PledgeforParity and aims to put focus on educating and nurturing younger generations of women.
— Queen Elizabeth Square, 7 Queen St, Auckland, March 8. Visit unwomen.org.nz

25. Meow Meow’s Little Mermaid
This raunchy rendition of Hans Christian Andersen’s The Little Mermaid is set to entertain. The cabaret is created and performed by Australian Meow Meow, aka Melissa Madden Gray, and takes a trip under the ocean to explore modern love.
— Spiegeltent, Aotea Square, Auckland, March 9 – 13. Visit aucklandfestival.co.nz

26. The Kumeu Show
The Kumeu Agricultural and Horticultural Society once again hosts its annual show, with everything from fair rides to wood-chopping contests. Experience the best of a district known for its orchards, farms and vineyards.
— Kumeu Showgrounds, Access Rd, Kumeu, Auckland March 12 and 13. Visit kumeushow.co.nz

27. Womad
This three-day festival is a celebration of music, arts and dance from a global perspective. Also being held this year in the UK, Australia and Chile, Womad’s aim is to bring people together and give them the opportunity to experience cultures beyond their own. De La Soul, Katchafire and St Germain are all on the lineup.
— Pukekura Park, New Plymouth, March 18 – 20. Visit womad.co.nz

28. iD Dunedin Fashion Week
Back for its 41st year, iD has a stellar lineup of both internationally established and emerging designers. The iD International Emerging Designer Awards will provide a platform for 39 fresh creatives to share their vision. Emilia Wickstead, Kate Sylvester and Margi Robertson of Nom*D will also be taking part in live talks at the Dunedin Public Art Gallery, for a gold coin donation.
— March 12 – 20. Visit idfashion.co.nz

29. Cornwall Park Summer Music series
Catch the last of the summer performances from the likes of the Lynfield College Jazz Combo and the North Shore Concert Band. Take along a picnic for a Sunday wind down before the week ahead.
— Cornwall Park, Greenlane Rd, Epsom, Auckland, March 6, 13 and 20. Visit cornwallpark.co.nz

30. Buzzcocks
Iconic British punk band Buzzcocks are bringing their anniversary tour to Auckland. The show will span 40 years of hits from the bands conception in 1977, to their most recent songs off 2014 album The Way.
— Powerstation, Auckland, March 19. Tickets from aaaticketing.co.nz

31. New Zealand’s Longest Catwalk
Watch models weave down Queen Street sporting looks from the Winter 16 collections that have just started to land in stores. Featuring both menswear and womenswear, everything shown on the catwalk is available from inner-city retailers. There will also be preshow entertainment with Shannon Ryan and DJ Connor Nestor to keep those who get in early for the front row spots entertained.
— Queen St, March 5. Visit heartofthecity.co.nz

The Best Burgers in Auckland

Where can you find the best burgers in Auckland? The Viva team weighs in on the issue

Don't Miss: 10 Days of Fashion in the City

Fashion is set to dominate the streets of central Auckland with 10 Days of Fashion in the City — here is our pick of the events...