Soak up the sun and tunes at St Jerome's Laneway Festival at Albert Park in January. Picture / Supplied All the art, food and music events to ensure your summer is sizzling

The Corsini Collection: A Window on Renaissance Florence
Be transported to Florence as the private collection of the Corsini family goes on display at Auckland Art Gallery.
• Wellesley St East, City. On now until January 21 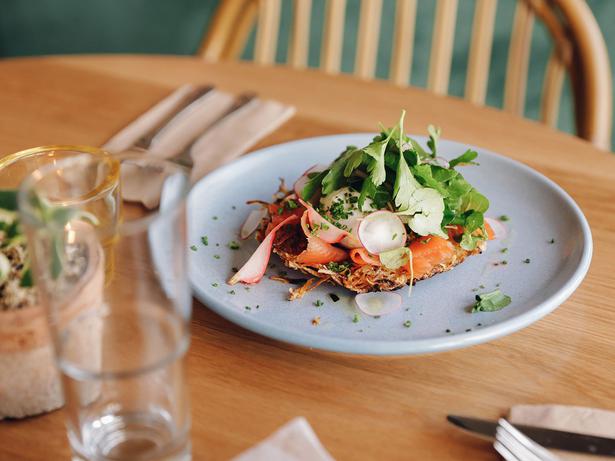 Pop-up Globe
The much-loved Pop-up Globe returns for the summer settling back into its home at Ellerslie Racecourse. This season includes productions of Midsummer Night’s Dream, The Merchant of Venice, Macbeth, The Comedy of Errors and Julius Caesar.
• 80 Ascot Ave, Ellerslie. Season opens December until March 20

The Art of Banksy
80 original works of Banksy, the mysterious street artist that has captured the world, will be on display this summer at the Aotea Centre.
• 50 Mayoral Dr, City. January 5 - February 6 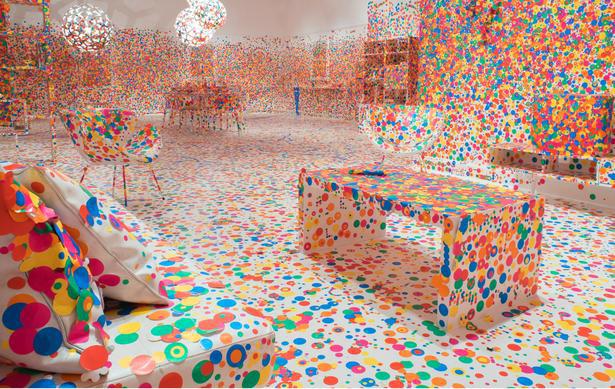 The Obliteration Room
Japanese artist Yayoi Kusama's interactive Obliteration Room begins as a stark white living room and then lets its audience 'obliterate' it over time with multi-coloured stickers. This interactive and immersive exhibition has toured worldwide and arrived at Auckland Art Gallery in December.
• Wellesley St East, City. On now until April 2

Titanic Live
Celebrate the 20th anniversary of the classic film by reliving it on stage at Auckland’s CivicTheatre. Titanic will be shown on the big screen with its original musical score performed live by a symphony orchestra choice and vocal soloists.
• Cnr Queen & Wellesley Sts, City. January 24 - 25, 6.30pm. Book at Ticketmaster.co.nz

Celebrate 175 years of Chinese New Zealanders in this photographic exhibition at the Auckland War Memorial Museum.

Being Chinese In Aotearoa: A Photographic Journey
Take in the stories and experiences of Chinese life in New Zealand in this exhibition at the Auckland War Memorial Museum, which celebrates 175 years of Chinese New Zealanders. Being Chinese in Aotearoa will feature close to 100 compelling and rarely-seen photographs.
• Auckland War Memorial Museum, Domain Dr, Auckland Domain, Parnell, 10am - 5pm, until February 10, The Pop-up Globe is returning to Ellerslie Racecourse for it's summer season ending in March. Picture / Supplied

Gardening Workshops
Learn to cultivate a variety of spaces for free from expert gardeners at Aotea Square every Sunday this summer. Each workshop has a different theme including making edible gardens, growing microgreens, sprout and fruit trees in the city and growing food in small spaces.
• 50 Mayoral Dr, City. January 14, 21, 28 and February 4. Limited capacity. Register interest at Aucklandlive.co.nz 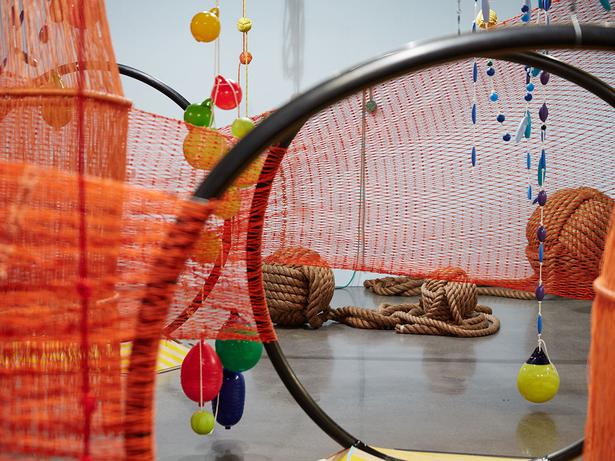 Knot Touch
An inviting installation at the New Zealand Maritime Museum by Auckland-based artist Jae Kang which invites its visitors to interact with its tactile knot artwork and display.
• Corner Quay & Hobson Sts, City. On until April

Auckland Open Air Cinema in Western Springs Park will be playing some of the must-see films of Summer, including Breath, the directional debut of Andy Serkis.

Open Air Cinema
The Open Air Cinema in Western Springs Park is showing films throughout February and the start of March. Bring your picnic rug or hire a bean bag and nestle in to watch under the stars. Pizza from Farina will be onsite and if you go on Sunday’s Ben and Jerrys will dishing out scoops for free. Film highlights include; Wonder, The Greatest Showman, I, Tonya and Breath (trailer above).
• Western Springs Park. Full programme at Openaircinemas.com.au

Nigella: In Conversation
Listen to conversation with one of the world’s most loved foodies, Nigella Lawson, as part of the Auckland Writers Festival. This exclusive event is on at the Aotea Centre in February and has discounted prices for students.
• ASB Theatre, Aotea Centre, 50 Mayoral Dr, City, February 7, 7pm. Book at Ticketmaster.co.nz 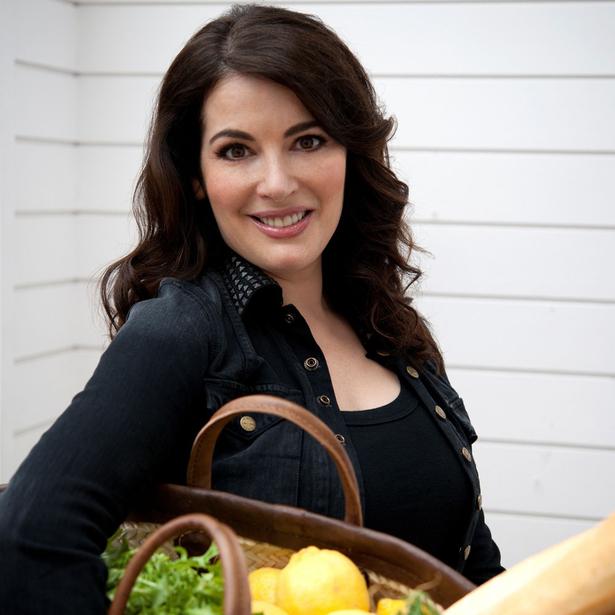 Hear from the domestic goddess herself when NIgella speaks as part of the Writers Festival in February. Picture / Supplied

Takapuna Food, Wine and Music Festival
The North Shore will be celebrating summer with food, wine and music at this boutique Festival. Smales Farm will set the stage for international and local acts including Sneaky Sound System, The Jordan Luck Band, The Hipstamatics and Nathan Haines. Food vendors are on site include Double Dutch Fries, Ha! Poke, Wise Boys Burgers, Napoli Central, Lalele Organic, along with wine and craft beer.
• 74 Taharoto Rd, Takapuna, 1am – 7pm, February 10. 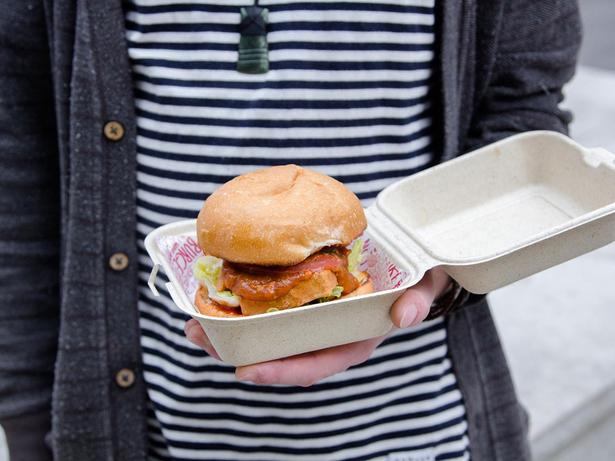 Wiseboy Burgers, among other favourite food vendors will be dishing up food at the Takapuna Food, Wine and Music Festival in February. @wiseboysburgers

Bottomless Brunch at The Lula Inn
If you’re a bottomless Mimosa kind of bruncher, then consider spending a morning in the sunshine at The Luna Inn. The Viaduct Harbour eatery hosts a special menu on the weekends which includes a selection of brunch mains to choose from and two-hour bottomless mocktails, prosecco, mimosas and Bloody Marys.
• 149 Quay St, City. $39.50pp, bookings essential. 2-hour package to be complete no later than 3pm. Maximum group size of 12 people. 9am – 1pm every weekend.

Coromandel Oyster Festival
Oysters, champagne and live music.There’s not much more to say other than make sure you’re in Coromandel in February for this ultimate summer combo.
• Coromandel Mussel Kitchen, Corner SH25 and 309 Rd, Coromandel, 12 – 5pm, February 10. Buy tickets here.

READ: Viva's Most Popular Recipes of 2017 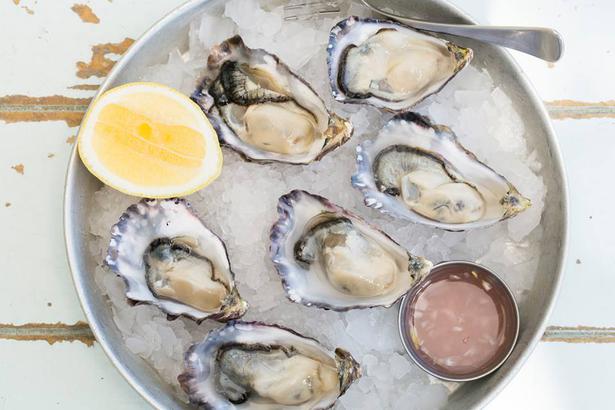 Feel Good Eats
Everybody Eats will be making a special pop-up appearance in Aotea Square this summer. The Kiwi initiative rescues food that would otherwise be thrown out and uses it to host pay-as-you-feel feasts with the help of top chefs in the kitchen. It usually runs on a weekly basis every Monday night at Gemmayze St restaurant in St Kevins Arcade.
• 50 Mayoral Dr, City. January 25. Visit Aucklandlive.co.nz

Meatstock is called the 'carnival for carnivores'. BYO napkins.

Meatstock
Tickets are now on sale for the “carnival for carnivores” that is Meatstock: A celebration of all things barbecue. With a host of well-known chefs and pitmasters flying in for the festival, all the burgers and brisket you can handle, as well as live entertainment and even a butchery competition, this is a must for meat-lovers. Last year’s event sold out, so it would be a good idea to get in early.
• ASB Showgrounds, Greenlane. February 24 – 25. Tickets start at $35 from Meatstock.com.au

Burning Lamb
Local legends Al Brown, Dick Frizell and Dave Dobbyn have teamed up to create a new and incredibly unique food festival for 2018, where culinary, musical and artistic talent are set to collide. Here you can expect the unexpected, but delicious food, wine and cocktails, live music, and daring entertainment are all guaranteed to be on the menu. Burning Lamb kicks off on Saturday, March 10 at a secret location just outside of Auckland. There are limited tickets available for this unforgettable event — tickets are $350 per person and available now from iTicket.co.nz.
• For group bookings call (09) 951 0292 or email info@burninglamb.co.nz. Visit Burninglamb.co.nz

Dinner in The Sky
After a delay in November Dinner in The Sky is confirmed to reach its incredible heights in February. This international travelling pop-up restaurant will be suspended 50 metres in the air above The Cloud on Queens Wharf. Over the three weeks, seven daily flights will take guests up for brunch, lunch, dinner and wine and cocktail tastings. The event will feature some of our best chefs who will cook right in front of their diners including Simon Gault from Giraffe, Gareth Stewart from Euro, Giulio Sturla from Roots and Juan Balsani from Augustus Bistro.
• 89 Quay Street, February 1– 18. Tickets will range from $255 for brunch right up to $595 for an exclusive dinner by Simon Gault which includes a pre-flight wine tasting of trophy winning wine. For more info and to book go to Ticketmaster.co.nz 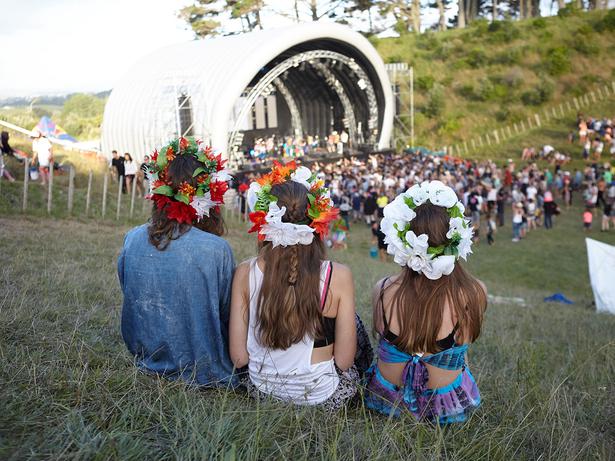 Neste on a grassy hill in the sunshine and watch Katchafire perform at this Summer's Raglan Sound Splash. Picture / Supplied

READ: What to Pack for a Summer Getaway

St Jerome's Laneway Festival
This years line-up is one you don't want to miss. Laneway Festival is back again in Albert Park where local and international acts including the mesmerising Aldous Harding, Anderson .PAAK and The Free Nationals and Father John Misty will take one of the several stages.
• Albert Park, City. January 29 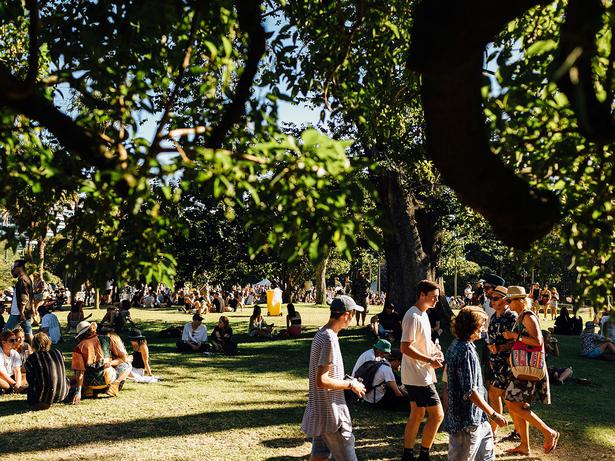 Aldous Harding, Anderson .PAAK and Father John Misty are just some of the big names playing at Laneway Festival in January. Picture / Supplied

READ: Hot Things To Do In The Bay Pack a bag and an empty stomach, and escape to these top Auckland markets

How to Have Fun on a Budget

20 ways to entertain yourself without a big spend