It’s safe to say we’ve all had to deal with varying degrees of FOMO during the ongoing lockdown. For actor Thomasin McKenzie, the struggle was particularly real as she sat at home in Wellington watching her new film Last Night in Soho premiere around the world without her.

“I couldn’t make it to Venice or anywhere like that,” she sighs. “It was hard. But it’s out of our control. That’s the world we’re living in now. Covid has created many obstacles. I’m lucky that I have shelter over my head and food on my table. I really can’t complain.”

Thomasin is talking over Zoom, having finally been able to jet overseas to attend a premiere for the movie. Dressed in a truly stunning Gucci gown made up of sparkling emerald-coloured paillettes augmented with silver beaded embroidery and a daring midriff keyhole, photos of the actor at the glitzy and glamorous Los Angeles event ran everywhere, including the likes of Vogue, Variety and Harper’s Bazaar.

“It was the first official premiere event I’ve been able to attend in person,” she smiles. 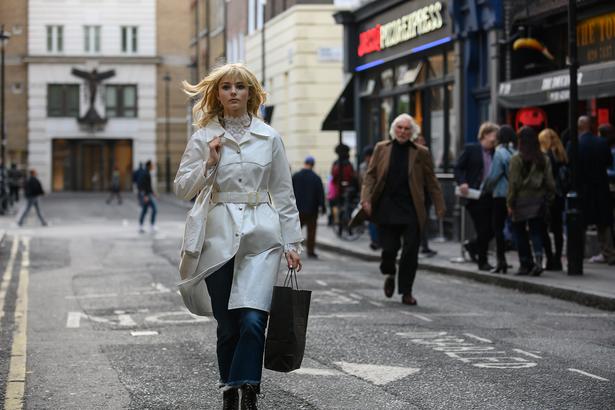 If she partied hard last night in L.A. after the screening, she certainly isn’t showing any signs of it today. Instead, the quietly spoken actor is poised and thoughtful, open and honest, funny and friendly. She may be one of the world’s most in-demand and rising stars but she’s refreshingly Kiwi about it.

"This has been a big year of self-growth for me. I’ve been learning to prioritise caring for myself as well as pursuing what I’m passionate about: acting,” she says.

“I’ve gotten to a point where I’m able to appreciate everything I’ve achieved so far. I think it’s a thing in New Zealand, tall poppy syndrome. People don’t tend to congratulate themselves or acknowledge that they’re doing good. I’m learning to accept compliments and to just be proud of myself.”

READ: From 'Half Bad' To 'Conversations With Friends', Actor Kerry Fox Says She Wants A Challenge

She has a lot to be proud of. Gaining the world’s attention for her role in 2018’s acclaimed survival drama Leave No Trace, she was quickly pursued for roles by big-name directors like Taika Waititi for his Nazi satire Jojo Rabbit, M. Night Shyamalan for his twisty thriller Old, Jane Campion for her upcoming Western The Power of the Dog and, of course, Edgar Wright, who cast her in Soho after being wowed by what he described as her “naturalistic performance” in Leave No Trace. All up she’s starred in eight films since that breakthrough role.

“I’d definitely been working really hard over the past couple of years but I don’t think I had burnout or anything like that,” she answers, when asked what sparked her recent period of self-reflection.

“Acting is a tough job in that you give a lot of yourself. It can be incredibly emotional and it’s easy to take on the struggles that your character goes through. So I’m just learning to separate myself from my characters.”

This is something she’s struggled with in the past, she says, which hasn’t always been easy to deal with as she tends to play dark, heavy or conflicted characters.

“My characters have kind of formed who I am. As well as me forming who they are,” she admits. “Everything I’ve done so far I’ve taken something from that character. I’ve also given so much of myself to that character. It’s important to find the balance. Of finding the distinction between your character and you. Because at the end of the day you’re the one that you go home with.”

She refers to this process as needing to “find entry and exit codes” into — and out of — her characters. As an example, although a lighter one, she references her Leave No Trace character Tom, noting that they share a name but that she also discovered a love of bees through the character.

However, she’s also keen to clarify that she doesn’t always need to relate to a role to take it on. Instead, a lack of relatability can draw her in.

READ: How I Make It Work: Actor Alison Bruce

“Sometimes you might not find a connection with a character,” she says. “But that makes you want to be a part of that project in order to investigate their lives or their journey, and learn more to become a more empathetic person. So maybe not connecting to the character is what draws you in.”

In Soho she plays Ellie, an aspiring fashion designer who travels from her small town to the big city to study at the London College of Fashion. After moving into a flat she begins to experience vivid visions or dreams which transport her back to the swinging 60s.

These start wonderful, as she experiences the best of the era, but gradually the dreams turn into a murderous nightmare and she begins to fear for her life.

Ellie falls into Thomasin’s former category, as the actor says Ellie was imminently relatable right from the opening pages of the script. 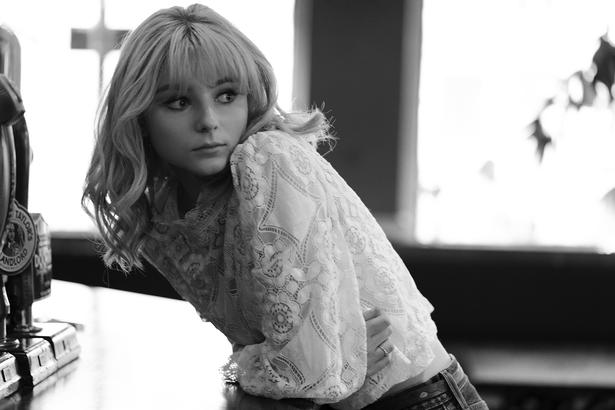 “I’ve gotten to a point where I’m able to appreciate everything I’ve achieved so far." Photo / Supplied

“It was seeing Ellie’s relationship with her grandma. I’m very close with my grandma Dame Kate Harcourt. I’ve lived with her my entire life and I love her very much. She’s been an incredible support force for me. That was the first thing I connected with,” she says warmly.

“Also, I think Ellie and I are quite similar in that — we’re both finally starting to come out of this — we’re quite shy and reserved and a little bit out of the loop. Quite awkward. I definitely related to that as well.”

During the film the specifics of how Ellie is living through these extremely vivid dreams is left unexplained. But this was another thread that Thomasin was able to weave her magic from having lived through her own supernatural and unexplainable event — albeit one that’s the polar opposite of all the violent murder and grim death that haunts Ellie in the film.

READ: Actor Eve Hewson Of 'Behind Your Eyes' Is Finding Fame On Her Own Terms

“I remember driving to school one day with my dad and we were driving along my street and I had a sudden vision of a kid running across the road around the corner,” she says.

After a slight pause for dramatic effect she keeps going.

“Then Dad turned the corner and there was the kid!”

That’s quite spooky, I say.

“Yeah!” she grins. “But I was also quite proud of myself. I felt like I needed to pat myself on the back for saving a life.”

‘Last Night in Soho’ opens in cinemas outside of Auckland tomorrow, November 11.

As we acknowledge Down Syndrome Awareness Month, we talk to one of our rising stars in film who is also passionate about cars a...