An image from Fashion on the Ration. Picture / Supplied.

Fashion on the Ration, by Julie Summers. Published by Profile Books, $49.99.

Although drab and threadbare are words commonly associated with wartime clothing, Fashion on the Ration looks at how the industry actually thrived during World War II. Julie Summers explores how those at home were encouraged to keep up appearances as a sign of high morale, with schemes like Make Do and Mend. Inventiveness was key, with household items made into sartorial statements — blankets became coats and headscarves were fashioned from dusters.

Westwood’s weighty memoir looks back on her radical life — and attitudes — that have influenced many. There are inspiring moments throughout, although one chapter is dedicated solely to her activism, looking at everything from her commitment to her climate revolution cause, support of Bradley Manning, work with several charities and her Active Resistance to Propaganda manifesto, “to inspire an interest in learning and culture, in place of indiscriminate consumption”. 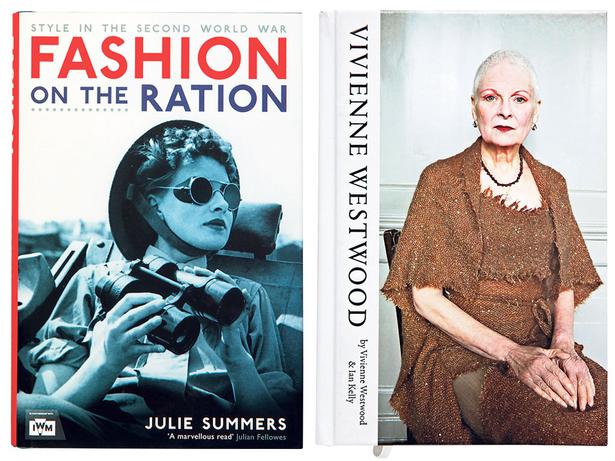 Sonic Youth’s Kim Gordon epitomised the noise and alternative rock movements of the 1980s and 90s in her style and attitude. Among the accounts of touring, in-fighting and motherhood in Gordon’s memoir, the musician reflects on how she formed her sense of fashion, shaking off her middle-class Los Angeles upbringing and developing a taste for thrift-shop buys and boho symbols.

The Cheap Date Guide to Style, by Kira Jolliffe and Bay Garnett, about $30.

In the early noughties, indie magazine Cheap Date was a refreshing beacon of sanity in the flashy consumerism of the time. Based on the founders’ passion for thrifting, the magazine subverted stereotypes of fashion and women’s magazines by championing individuality and encouraging readers to reject trends.

The book of the magazine, published in 2007 (sadly, the mag closed two years earlier), is a sort of anti-fashion style guide, with advice on under-the-radar places to shop and find inspiration, interviews with everyone from Chloe Sevigny to Tracey Emin, and tips on what makes someone truly stylish (“being undiminished by pressures to conform and consume, standing strong, having the confidence to be beautiful and not being afraid to shine”). 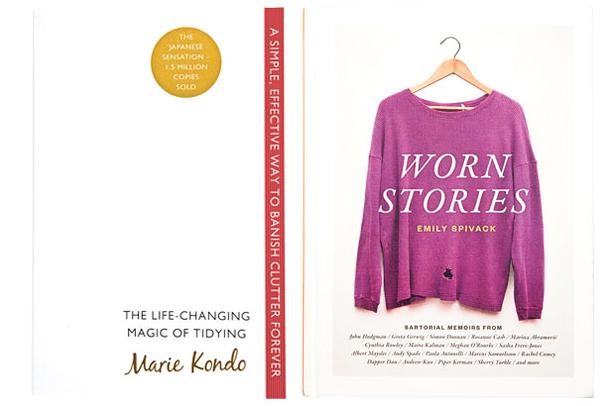 The Life-Changing Magic of Tidying, by Marie Kondo. Published by Vermilion, $29.99.

Does it spark joy? That’s the basis of Marie Kondo’s “KonMari Method”, which encourages people to discard what isn’t truly precious. This charming book, which has sold more than 1.5 million copies, shares her methodical process of keeping your things in order, with tips on how to tidy (not by room, but category), reduce and sort. Kondo’s belief is that decluttering will transform the energy of your home — and life.

Although the details of memories can become blurry, it’s often the clothes that remain associated with the tales of our past. That’s the premise of Worn Stories, for which Emily Spivack has collected clothing-related narratives from more than 60 cultural figures. Some of the best include late New York Times journalist David Carr’s recollection of how a $3 shirt became a magnet for compliments, and how fashion designer Cynthia Rowley’s Girl Scout sash became her most prized possession. An image from Fashion on the Ration. Picture / Supplied. Share this: