I'm a lifelong animal lover and have been a vegetarian since the age of 12, but it took me until last summer to help at an animal sanctuary. I’m a vegan now and becoming part of that community got me up early on a Saturday morning to volunteer at Paws Awhile Animal Sanctuary in Raglan.

I’m one of those vegans who is vegan “for the animals”, not for health, trendiness or environmental reasons.

A drive to Coromandel in 2017 made me realise the extent of the dairy industry and led to my cutting out cheese and milk chocolate from my diet, previously two of my favourite food groups.

On the day of my volunteering expedition I felt strangely apprehensive. I’m not one for group activities at the best of times. Would it be weird hanging out with earnest animal lovers? 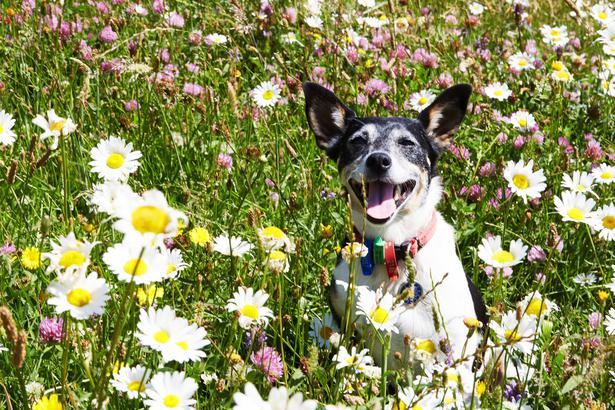 Society’s relationship with animals, and New Zealand’s in particular, isn’t straightforward. It’s normal to grow up around cats and dogs yet, if you’re urban raised, to be slightly fearful of farm animals. I love pets and suspected that I would feel the same about sheep, goats, pigs and cows, but I had no experience of being around them. Part of this disconnect comes from the way we treat farm animals as commodities.

I often daydream about leaving the city to escape to the countryside and become a full-on crazy cat lady, with a few goats, chickens and rescued bobby calves thrown into the mix, so it was interesting to meet someone who had done just that. “As a young child, I was always rescuing a broken animal or bird and bringing them home,” says Anna. “I was very fortunate that my parents encouraged my love for animals. As children, my siblings and I had many animals. Since then, I believe all roads have led to Paws Awhile, from working on farms and stables to becoming a registered nurse.

“A few things directly influenced my decision to start a sanctuary. An emaciated dog was dumped at the gate of my rental property in a rain-soaked cardboard box many years ago. The SPCA took her away and I never saw her again, which was heartbreaking. Secondly, I adopted a frightened and underweight bearded collie called Billy, who was abused and neglected. He would cower anytime someone raised their hand or stamped their foot. Watching him transform into a bright happy confident dog gave me so much joy.”

To get to Anna’s haven for mistreated animals drive through mile after mile of Waikato farmland used for beef and dairy farming. Her cattle are massive; it hammers home the fact that many of those you see out the window of your car driving through Aotearoa will never grow to their full size — especially the boys. New Zealand kills a staggering two million bobby calves a year. 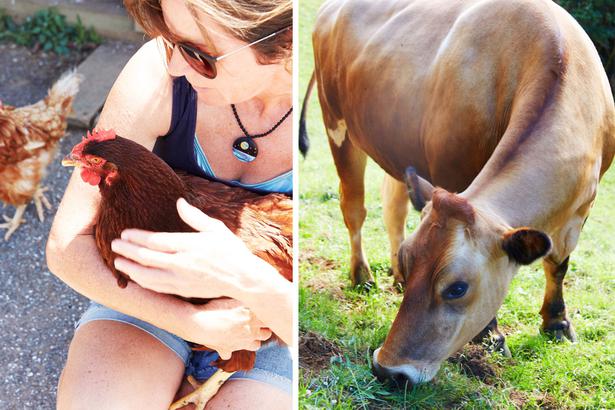 That’s the tricky part of the experience. Yes, these animals live an amazing life, but they are one per cent of the one per cent. “The bobby calves I rescue are unique, in that they are a ‘by product’,” says Anna. “They were born to die. Their birth and subsequent death mean you can have dairy products such as milk and cheese. Georgie and Moose were rescued from a dairy farm in the Waikato at 4 days old. They were taken from their mothers the day they were born and were destined for slaughter. They now live a very happy and free life.”

Anna grew up in rural New Zealand with fairly conventional views on animals. She had pets she loved but hadn’t made the connection between the food she ate and her love of animals. “I was walking beside the cows I had become friends with at my rental property many years ago, while eating a steak pie. I suddenly realised that I was eating their brother or sister, their family.” She made the switch to a plant-based diet. 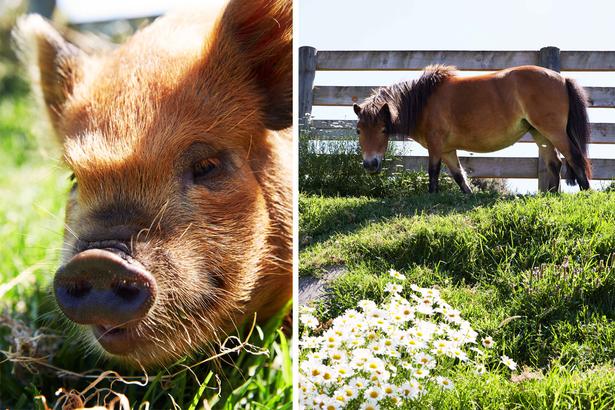 One of the downsides of living with 36 animals is that Anna can’t remember the last time she wasn’t up by 6am.

For urban me and fellow vegan volunteer Jinki Cambronero, a near dawn feeding session was a novelty we had to witness, and it didn’t disappoint. Golden light bathed the pigs and chickens and it was especially cute watching the teenage pigs wake up and grunt at their breakfast. We saw the famed intelligence of pigs when one of the little ones sneaked into the chicken enclosure, tipped over the feeding station and helped himself to the contents.

Taking care of rescued farmed animals turned out to be more mundane than I expected but at the same time more transformative. Yes, there’s chicken poo to be shovelled — that’s one of the basic duties. Is it as bad as you might imagine? Probably not. There’s also more fun tasks. Grooming a donkey is very satisfying and for anyone who was a horse-mad pre-teen it’s like a trip down memory lane. You get to use bread-knife-like tools to get rid of excess winter fur. More experienced volunteering includes building fences. A team from Direct Animal Action erected a small bridge. The connection between Anna and her beloved creatures at Paws Awhile is one of mutual adoration. Her relationship with the animals and the land she lives on seems to me like a vision of how humanity’s future should look.

Many people feel stressed out by modern life. The answer could be reconnecting with animals and the natural world. One way of doing this is to help out at an animal sanctuary. There is a joy to be found in simple tasks and caring for another being. I found Paws Awhile the perfect place to spend some time being in the moment. I walked away with toned triceps and renewed respect for the animal kingdom and those among us, like Anna, who care for them.