They’re at the very top of their game and working behind the scenes for positive change in the industry they love. They share their inspirational stories with Karl Puschmann

After working at Warner Music NZ as the head of publicity for eight years, Nicole left to found NicNak Media, an independent music management and publicity company, in 2015 with journalist and music writer Paula Yeoman.

Their stable of artists now includes Paige and three-time NZ Music Award nominee Theia, and they’ve done PR for the likes of Julia Stone, Flume, Ladyhawke and Broods. Nicole and Paula were the joint winners of the 2021 Music Managers Forum Manager of the Year award.

How did you feel leaving a major label to start NicNak?

It was really scary. I was in my dream job. I absolutely loved it. I was getting to do amazing things; like Ed Sheeran would come to town and I’d take him around and go on tour with him. It was so much fun. It took me a long time to take the plunge but I wish I’d done it earlier now.

What made you leave to go out on your own?

If I’m not learning or growing I start to feel like I’m getting stale. If I get a whiff of that, it’s time to move on. Leaving to start your own company is so scary but, scary as it is, I would totally recommend it to anyone. Because you’re creating this thing for yourself.

Now, seven years down the line, there are five of us. We’ve just launched the brand Lil Sister to work with new and emerging artists and we’ve launched a little record label. We’ve grown, which is really exciting.

What do you enjoy most about being independent?

We’re working with the artists we really want to work with and championing them. As much as it was great working at a label, you’re told who to push. We’re equally pushing everyone as hard as we can to get as much traction as possible.

That’s the same with the management side. We work with our artists so closely and are so passionate about them that we just want to see them succeed. It’s a hard slog and you’re constantly trying to get people to hear your artists. It’s a total grind. It’s definitely for the love. We’re a bit mental because that’s all we do; live and breathe music.

How is it for women behind the scenes in the industry?

It’s hard. There’s not many female managers in the industry. The few that are here are amazing, but it would be good to see more come through. It’s been a boys’ club for some time. We know these guys and we love a lot of these guys and they’re our friends, but the whole culture — not just in New Zealand music but in every industry around the world — has been very male-skewed.

But this is changing a lot, especially in the last couple of years. People are starting to look at the way they behave and change their attitudes.

It’s ongoing and it’s hard. But that’s why we stick to it. If we were to leave then it’d be two fewer females working behind the scenes in the industry. That’s not good, especially for young women coming through. It’s good to have role models and to have a female presence in the industry trying to make changes.

Teresa Patterson was the head of Virgin Records in New Zealand for 10 years before moving into artist management, where she guided some of Aotearoa’s biggest artists, including Scribe, Six60 and Elemeno P, to the top of the charts here and overseas.

She’s now the chairwoman of the Music Managers Forum Aotearoa and in 2018, along with Lani Purkis and Julia Deans, founded the annual Milk and Honey Festival, which celebrates female-identifying and gender-neutral/non-binary folks onstage and off.

Can you tell us how you got involved with the Music Managers Forum?

I’ve been part of it since its inception in 2004. I really believe in giving back to the industry and helping people. It’s a minefield, especially when you’re starting out.

We do lots of upskilling seminars and 1:1 mentoring. If you don’t have a manager you have access to managers and industry experts — people from publishing, touring, publicists, people who can help you do social media — so you can gain these skills or understand what you need to do to release music or put on a tour. You can even have someone mentor you through a whole project.

You’ve been involved with managing chart-topping artists, running record labels, you were heavily involved with the Big Day Out music festival. What’s your proudest achievement?

Getting Milk and Honey off the ground. It was done in response to the lack of female artists on festival line-ups. The first year (2019) we had six gigs in four cities all on the same night. We wanted to do something different that allowed us to be nationwide.

We had more than 30 female artists play at these venues around Aotearoa. All but one sold out. The venues supported us with all-female bar staff and all-female security. So many reviews came through about how safe people felt in the space and what an awesome, welcoming environment it was.

To give all of those female, Bipoc [black, indigenous, and people of colour], non-binary artists a platform and to have audiences respond positively was really satisfying. And it showed female artists can sell. It was such a proud moment.

Is it a positive time in the industry?

It is, but we’re at the beginning of it. I’m part of the action group SoundCheck Aotearoa, which I’ve been involved in right from the beginning in 2020, and which started because there was a recognition of the challenges within the industry for female, non-binary people, and also culturally.

I’m a female Pacific Islander and have experienced bias — that’s the nicest way to say it — my entire career. I’m a double minority and I’ve struggled with it. It’s definitely an exciting time for change within the industry. But change has to come from the top and sometimes that’s slow in happening. There needs to be more women in positions of power — in leadership positions, like music managers and on festival line-ups — and there needs to be more Bipoc representation in all of that as well. 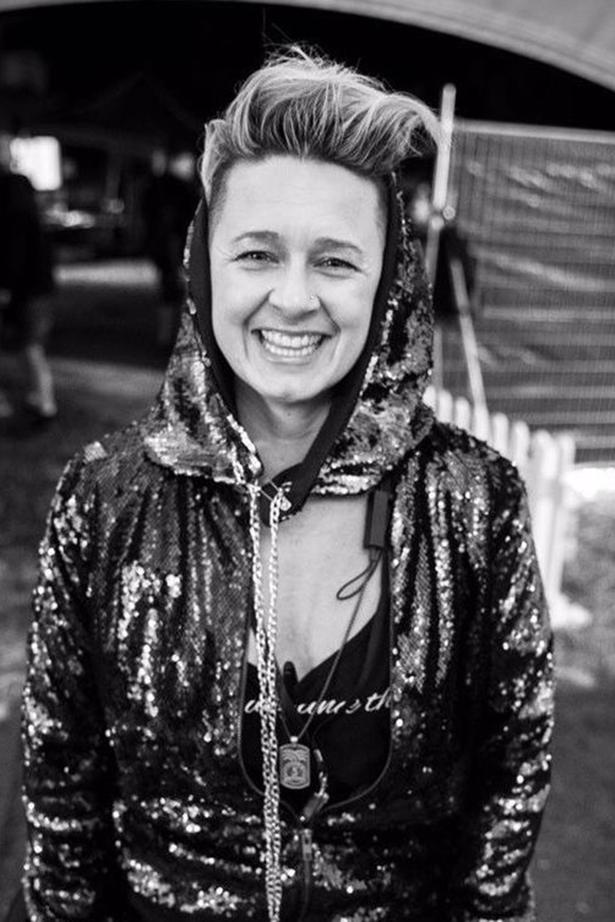 The former 95bFM host and marketing assistant now works as a tour manager, most recently for Crowded House’s Australian tour, and as a production co-ordinator for live events. Sarin created Thechangeover.org, a resource hub that offers tools for diversity, inclusion and equity for all sectors of the live industry, and is also behind the Inclusion Rider initiative, a way for artists to ensure fair representation on and off stage at shows and festivals.

What surprised you about working behind the scenes when you first started?

There’s a lot more spreadsheets involved than anybody thinks.

Running live shows must be stressful. How do you cope with that stress?

Probably better now than I did 10 years ago… I’ve learned a few things; “burger and fries, nobody dies”, nothing is ever as bad as you think it is and when you build strong relationships with the people you’re working with there’s always somebody there to help you and back you up when you need it.

I’ve also learned to create time for myself to get fresh air and some endorphins. Whenever I go to the venue I have my skipping rope and a pair of runners. When everybody goes on their dinner break I go into the parking lot and skip for 20 minutes.

Can you explain what an inclusion rider is?

It’s a tool that anyone can put into a contract that specifies they want broader representation of whatever kind they choose included in the event they’re working on or the stage they’re playing on. It was pioneered in the film industry.

How did you come to create it for the music industry?

A good friend of mine is an electronic music DJ and over the years we’ve had many conversations about representation, equality and discrimination within the industry. He’s a cis white dude and we were talking about inclusion riders and he said, “Well, why don’t we start using one?” and he asked if I had one.

I didn’t and I couldn’t find one on the internet. I knew of musicians who had implemented them and I reached out to people but nobody would share what was in their contract, nor could I find any examples. So I wrote one.

How did you find that process?

I didn’t do it because I have a great love of doing the mental and physical labour for people who should be doing it themselves. I would so much rather not have had to spend a whole lot of my own unpaid time doing that and shamelessly shouting about it from the rooftops and applying for Creative NZ funding to build Thechangeover.org. I would rather not have to do any of that. But I recognised that if I wasn’t going to, how would I know that anybody else would? If not me, then who?

It may not be what you set out to do but the work you have done is incredibly inspiring.

If there’s one thing that I hope any of the work that I’ve done inspires in anybody it’s just that sense of “if not you, then who?” If you’re not going to stand up and do something about these things, then who are you expecting to do it for you?