THE YOUNG POET
South Auckland-based Raneem Caco is a 21-year-old Iraqi poet and musician. His most recent single, 'Chola', is available on most streaming outlets.

I'm currently writing my piece for the Auckland Writers Festival. I’m not sure if I can spoil it, but it’s a pretty funny concept and I think it’s accessible to everyone too. Besides the piece, I’m always writing songs.

How to Fly a Horse by Kevin Ashton changed my life. The book shines a matter-of-fact perspective on how deeming creativity as an intrinsic talent rather than a practiced discipline is completely backwards. It’s flipped my entire perspective of what it means to be creative; I’m able to now filter out many classic justifications for lack of performance, such as writer’s block, and instead, have the tools for an immense uptick in creative productivity.

I'm reading David and Goliath by Malcolm Gladwell. The book proposes the idea that the 'Davids’ in history have actually had the advantage all along. As someone who has always felt slightly disadvantaged or ‘black-sheep’-ish in general, this has been an excellent read to recalibrate my outlook on myself.

I'm always lending out books to my friends. They’re excellent tools for digesting the world and how to navigate through it. My go-to is The Alchemist by Paulo Coelho. I especially recommend this book to my Arab friends, as I feel the typical coming-of-age stories we’re exposed to are very Western. Nothing wrong with that, but The Alchemist has a particular Eastern essence that I’ve found has made the story much more impactful to me and my Middle Eastern peers.

As I was studying for my thermo-dynamics test, naturally, I was thinking of song ideas. I kept getting buzzed by somebody [on my phone]… I noticed I would dread receiving messages from this fella and it’s something that bothers me about myself; that I so quickly turn myself off of somebody even if things have been going pretty well.

I find making music is incredibly therapeutic as it gives me a space to say what’s on my mind. The premise of the song I began was based around the conversation I would have with this person were I to be upfront and tell them how I feel about the sub-par memes they send or the lack of engaging conversation I have with them. The tagline is ‘ ... I’m so over you’ which kind of makes me look like a jerk but it’s important to shine light on the things that make me who I am, irrespective of how it makes me look. P.S. Absolutely flunked the test. THE SNAKE CHARMER: CARRIE TIFFANY
Australian novelist and former park ranger Carrie Tiffany was shortlisted for the 2005 Orange Prize (among many others), for her debut novel 'Everyman’s Rules for Scientific Living', which also received the WA Premier’s Award for Fiction. 'Exploded View' is her latest novel.

I wasn't a bookish student. I only liked animals. However, one afternoon I got off the school bus and went to the library in the local town. I saw Elizabeth Jolley’s Palomino and thinking it was about a golden pony, I borrowed it.

She portrays them as women in difficulty, women who are vulnerable and emotionally frail but who also possess knowledge and resilience. I understood from reading Palomino there is another life we are all leading behind the one we declare. I was hooked.

There are many special books in my life. Train Dreams by Denis Johnson has such purity of intention and telling. It’s a lesson in concision. Lila by Marilynne Robinson is a book of my heart. It is a fiercely moral novel about destitution and the soul. It has much to say about America. I keep a copy close at hand. I have a poetry habit too. Recent excellent reads are Amy Brown’s Neon Daze and, soon to be published in Australia, Trigger Warning by Maria Takolander.

I spent two weeks in managed isolation in a navy blue hotel room in Auckland this summer. Getting my breakfast delivered by a young soldier in army fatigues and combat boots took some getting used to. I spent 30 hours walking around and around the tiny hotel carpark. One afternoon I noticed a fellow inmate, a Middle Eastern man, talking to two teenage boys across the fence — his sons, I think. Then he unrolled his prayer mat and placed it down on the asphalt next to the interior fence, the boys did the same on the other side of the exterior fence. And there on a busy road, next to an airport hotel in South Auckland, the family knelt down to pray. 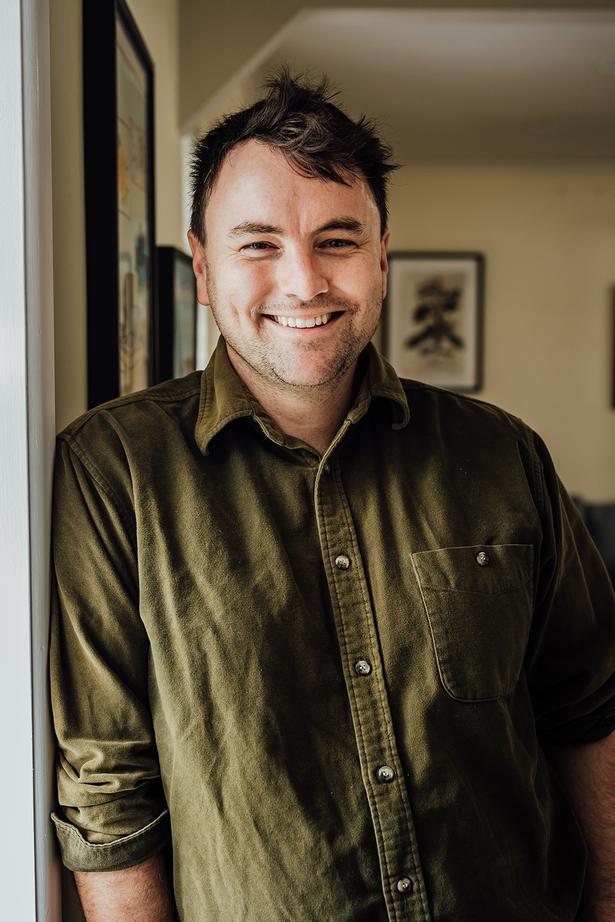 Am I writing? Or am I just avoiding writing? It’s mostly the latter. Occasionally I open my laptop and write on a novel about a divorced Dad and his two sons going on a beach holiday together, and also a screenplay about the next great depression.

So many books have changed my life. Science fiction has made the biggest impact. H. G. Wells’ The Time Machine opened me up to many imaginative possibilities while still commenting on its contemporary society. And Margaret Atwood’s Oryx and Crake did the same thing. They were so bonkers but still so satirical and politically challenging.

I'm making my way through Stephen King's oeuvre. It’s a big challenge, I know. I’ve just read It and The Stand and loved them both. And now I’m reading one of his latest ones, Revival. It’s going great so far. I’m also delving into Jack London. He’s most famous for writing The Call of the Wild, about wolves. The one I’m reading is called Before Adam and is about a young man who has visions of life in prehistoric times. It’s brilliant.

I often re-read the Moomintroll books. Tove Jansson was a Finnish writer who wrote about and illustrated these strange hippo-like creatures called Moomins. And the main family of moomins have regular adventures together. It’s just so delightful but also wistful and a little bit melancholy. They’re beautiful books that you feel safe in.

Three years ago I was at a hedgehog cafe in Japan and this obnoxious Australian Dad was angry that his hedgehog was curled in a ball the whole time. So kept prodding it, then demanding another one, saying it was boring. First of all, any animal cafes totally suck. Second, I want to write an animal revenge story on humans. 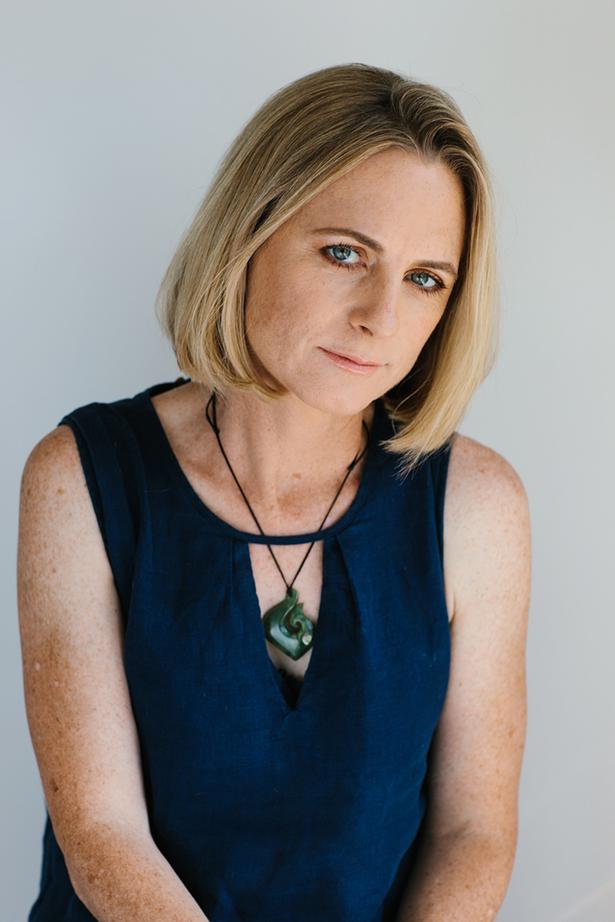 THE YA QUEEN: EILEEN MERRIMAN
When she’s not working as a consultant haematologist, Eileen Merriman writes YA novels, including her fifth, Violet Black. She has also published two novels for adults, one of which was long-listed for the 2020 Ockham NZ Book Awards.

Currently I'm writing the third in my second young adult fantasy trilogy. The first book of the first trilogy (Violet Black) will be released on May 11, with the second (Black Wolf) to be released in September. This follow-on trilogy is set a further 30 years in the future and I’m having great fun with it. Once I’ve finished with that, I’d like to start another adult novel, perhaps focusing on a character with a personality disorder — we’ll see!

I loved The Lion, the Witch and the Wardrobe by C. S. Lewis, which I read at least five times. This was the first book that showed me that fiction and imagination are all that’s required to escape into magical worlds (although it didn’t stop me trying to enter Narnia through my parents’ wardrobe — all I found were shoes and where my mother liked to hide the Christmas presents!)

A few weeks ago, I walked into Unity Bookshop to buy Charlotte Grimshaw’s The Mirror Book (which I’ve subsequently read and loved), but it wasn’t yet in stock. However I picked up a deliciously chunky compilation of Neil Gaiman’s short stories and novel excerpts entitled The Neil Gaiman Reader. Having read and loved his classic American Gods, I was sold, especially once I heard that he now lives on Waiheke Island! Gaiman’s stories are a wonderful mixture of fantasy, horror and black humour — a great late-night, under-the-covers read.

I love Tim Winton's Dirt Music. His characters are so well drawn, he has an amazing way of immersing the reader in the setting (in this case, the harsh yet beautiful environment of Western Australia) and the heartrending love story, together with Winton’s fine prose, have me returning to this book again
and again.

The last funny story I wrote was a flash fiction called Jellyfish, which was long-listed for the NZ National Flash Fiction prize, and centred around some mixed text messages that resulted in a character being dumped by her boyfriend. I had great fun writing that, and enjoy the giggles I get when I read it aloud. The idea came to me after an acquaintance had an embarassing experience with an automated text sent from her phone when she couldn’t take a work call, that said ‘I can’t take your call right now as I’m having sex with my husband’. 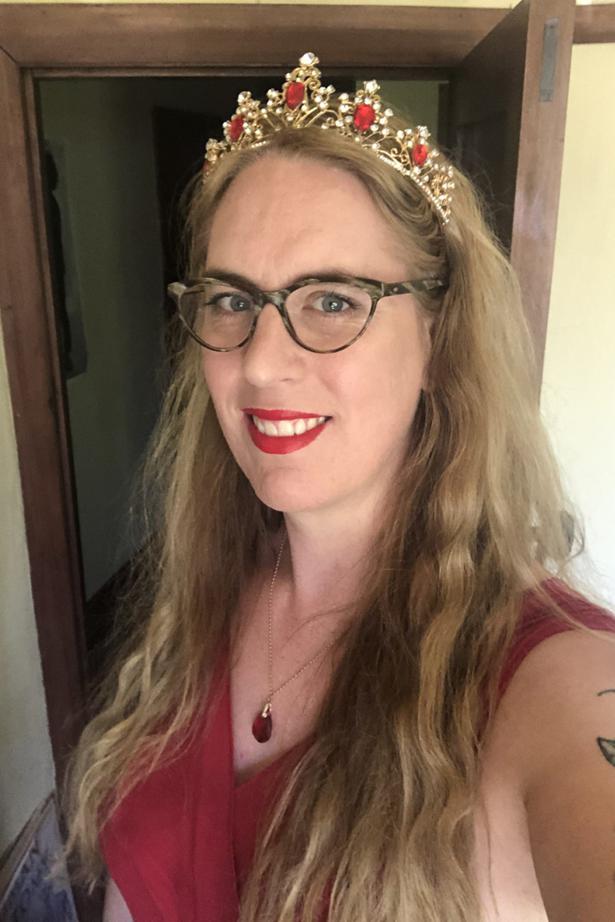 THE HORROR HEROINE: CAITLIN SPICE
Short-story writer and trans rights advocate Caitlin Spice is the author of 'The Silver Path', a collection of dark fantasy tales. Her stories have been adapted by 'The NoSleep Podcast' and she is the co-author of crowdfunded transgender fairy tale 'Raven Wild'.

I'm currently writing a fantasy novel focusing on a society that lives in an environment shaped by extreme winds. I suppose that living in Wellington, one of the windiest cities in the world, means that I’m uniquely suited to writing this setting!

The book that had the greatest impression on me would probably be Beauty by Sheri S. Tepper. It introduced me to great beauty, great darkness and visions of both a future that was indescribably bleak, as well as containing a burning seed of hope — a bright ember in the darkness. The book reached me at the right time in my life to deeply mark me with its messages. Currently I’m reading The Deathgate Cycle by Margaret Weis and Tracy Hickman. I decided to re-read it, as I haven’t touched it since my teens and it has a unique kind of worldbuilding that I very much appreciate as a fantasy writer.

I return over and over to the standalone fantasy epic, The Master of Whitestorm, by Janny Wurts. I often describe it as the ‘perfect’ fantasy novel, as it contains virtually every classic element of the novels I’ve enjoyed in the past — given in just the right amounts and told in just the right ways.

It’s also a book that you can read as both a child and as an adult and appreciate it in a completely new way with each reading.

As a writer of dark fantasy and horror I often come up with terrible yet ludicrous ideas for horror shorts. Recently I penned a short story called ‘The Dreadmill’ which features a sealed exercise room with a treadmill belt that never stops. As you can expect by the title, things go very bad very quickly.

• Caitlin is part of The University of Auckland Festival forum: A New Power. Follow her on Twitter @CateSpice