Forget the Old Boys network. In Wellington, it’s the New Girls network that seems to be generating some of the most interesting opportunities, at least in the design world. “There’s a really awesome group of self-employed female artists and designers here, and everyone is really supportive,” says ceramic artist Felicity Donaldson.

“We’re all from different backgrounds — we’ve got fashion designers and florists, a screen-printer, a chef — and it’s not competitive at all. I’ve found that really enjoyable.”

Originally from Whanganui, Felicity is now on her second stint living in Wellington — the first time she came for work, and the second time for love, though the work is going pretty well too.

Her “very lovingly hand-made” ceramic pieces under the label Wundaire have captured a hunger for vessels and plates that have an obviously personal touch. “Everything’s a bit off and a bit wonky,” is how she puts it, but that wonkiness has companies like fashion brand Kowtow, knitting brand Plump & Co and peanut butter-makers Fix and Fogg lining up. 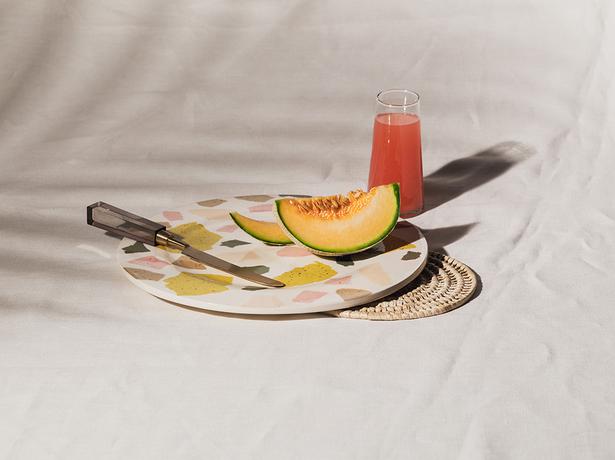 A key collaborator in Wellington has been Unna Burch from The Forest Cantina. Picture / Supplied

A key collaborator has been Unna Burch from The Forest Cantina, who commissioned Felicity to make tableware for her cookbook.

“I feel really lucky, because it’s hard, especially when you only have a certain amount of time, to come up with fresh ideas all the time. To collaborate with a business that has an idea about what they want is such a great point to jump off,” she says.

That limited time is under increasing pressure now that she’s also at the beck-and-call of a 5-month-old. “One thing about moving to Wellington is that I’ve got an awesome studio [in Brooklyn], which I don’t think I would have found in Auckland. That changed everything. I could start workshops, which have been really popular.

“And going to work now means actually going to work, not ‘I’m just going to pop downstairs and work until 2 o’clock in the morning.’ Which obviously doesn’t happen much anymore with a baby!”