It is a half-truth universally acknowledged that the fashion designer Mary Quant was ahead of her time. But how ahead was she? Was she really the sole author of patterned tights, or of the miniskirt? How mini was mini anyway? Were her window displays really so avant garde, when Andy Warhol had been decorating department stores on the other side of the Atlantic for years?

The recently opened retrospective show about Quant at London’s V&A Museum reveals something more interesting and complicated than that. She was the product of a particular aspect of her time — a child evacuee who became a freewheeling young impresario in the capital after the war.

Armed with that instinct, she turned out to be a singular interpreter of the next chapter — the turn of the 50s into the 60s; and her interpretation of what women wanted went on to contribute to the creation of a further instalment in their lives. In other words, she identified a set of needs, then made their fulfilment possible. To imagine Quant as ahead of her time is in some respects to misjudge her influence. She was, in part, the wind behind it.

READ: The Largest-Ever Dior Exhibition Has Opened In London

And yet, seeing all the branches of her products now — an expansion brought about between 1955 and 1975 — it’s hard not to reel at all they anticipated. Her daisy logo is as simple and as recognisable as the Apple symbol.

She began with handmade clothes, made expensive ones, moved into the mass market, exported them, then produced everything from dress patterns and children’s dolls to tights and make-up. She embraced technological innovations in fabric, designing PVC macs and Lycra underwear; her jersey minidresses became as much of a staple as (her personal benchmark) Levi’s jeans. 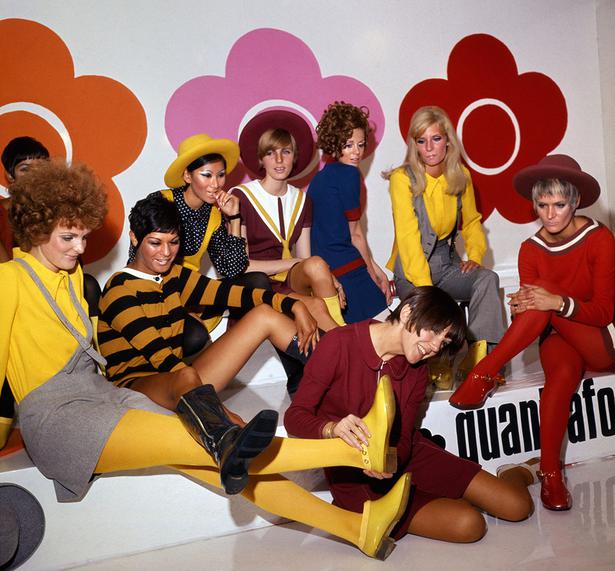 Her fashion shows were like performance pieces: catwalk-less, with a party atmosphere and a lot of unconstricted dancing. Her very first venture was more like a pop-up shop than a designer’s debut. Taking over an empty space in Chelsea, she and two friends filled it with things found in art schools and wholesale warehouses.

It was only when her own designs within this “Bazaar” sold out fast that she started sewing more of them in her bedsit, buying fabric in Harrods each morning and running up the results for sale later that day. By the mid-Seventies, Quant’s innovation, branding, mass-market appeal, fashion sense and off-the-cuff energy had become a precursor to everything from Nike to flash mobs to all the shops in Hoxton, as well as Marks & Spencer. Oh, and she was the poster girl for all of it, as only Gabrielle Chanel had been before her.

The V&A’s curators have done an excellent job, not only of tracing this explosive story, but of attempting to replicate its gradually shifting aura. Laid out over two floors, the visitor’s trajectory begins downstairs, where a low-lit space offers an evocation of the King’s Road in the 60s at dusk, each display case modelled on one of Quant’s shop windows.

For that purpose, five new wigs have been specially commissioned, to mark Quant’s signature looks (including her famous sharp-cut collaboration with Vidal Sassoon). Some of the mannequins have been adapted, too, so they have built-in high heeled shoes, expressive hand gestures, and a shorter overall height. Upstairs, a vast futuristic space mushrooms from the first decade, full of wet-look catsuits and primary-coloured tights. Even so, there is an essential problem with fashion displays in museums, which is that clothes are designed to be worn, so their static preservation removes both the life of the clothing in the world, and the life of the wearer as it might have been impacted by the clothes. Fashion is a system, but clothes can be sentimental; they have an intimate history as well as a social one.

This means that although the charting of Quant’s cultural, economic and historical significance might be seen as the major achievement of this retrospective (which was made possible by collaboration with the now 85-year-old Quant, with full access to her archive and the reminiscences of her former employees), the most vivid aspects of it are the voices of the women who wore or made the clothes.

Specially edited newsreel footage downstairs, and interviews with former models upstairs, give a sense of immediacy to the world in which Quant operated. And thanks to a vibrant press and social media campaign, #WeWantQuant, several dresses were lent to the exhibition by women who told stories about them. Projected on to a central cylinder are personal photographs of the wearers, along with quotes about what the clothes meant to them: “It was my wedding dress”, “My mum wore this dress riding on her moped through mill towns in Lancashire”, “I horrified my domestic science teachers by using MQ patterns for my O-level”, “I always felt my best in it.”

It’s this that makes you realise that Quant’s clothes were the material accompaniment to a major moment in women’s history, when women were more commonly attending college and earning their own living. She made clothes, in her own expression, “suited to the actions of normal life”. 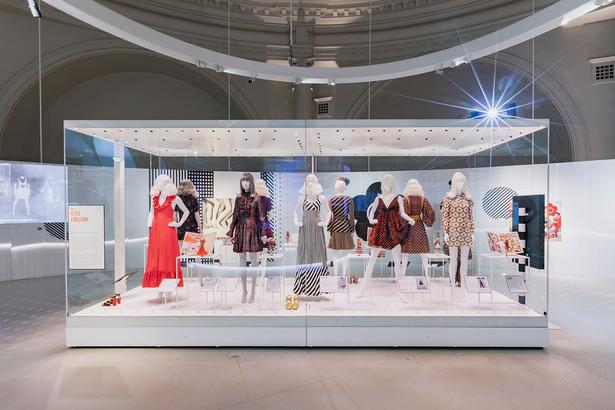 And as “normal life” for women in Britain began to change, her clothes may have been more than an accompaniment — the testimonies of those who wore them suggest that they felt emancipated in Quant’s clothes, and no doubt this caused them to behave differently, contributing with confidence to the revolution that was in progress. Further, many of Quant’s employees were women who went on to become business colleagues. (This, it should be recalled, was at a time when women couldn’t open bank accounts without a male guarantor.)

Scattered among the seeds of this tale is another, about cutting across class to foster invention. Quant the brand was made possible by Quant the person — the hard-working daughter of Welsh-born grammar school teachers; by her husband, the aristocratic and imaginative Alexander Plunket Greene, who spun the story; and by Archie McNair, wartime pilot and enterprising son of a Devonian clerk, who was the business brain.

But for that, you’ll have to read Quant by Quant, the heroine’s autobiography, written with admirable bravado in 1965 and, line by line, the funniest thing written about any of this by far.

Gucci's latest handbag is a sophisticated offering named after an unconventional woman. Dan Ahwa takes a closer look at the Guc...