1. SAFARI SUITS
Dolce & Gabbana’s teeny safari shorts suit put the kitsch into Lord Kitchener, although they had longer, more generally wearable versions too. You may not have associated plain khaki and taupe drill from these lovers of print and embellishment but the tailoring on their safari pieces was impeccable. Safari is everywhere. Stand by for a high street stampede. 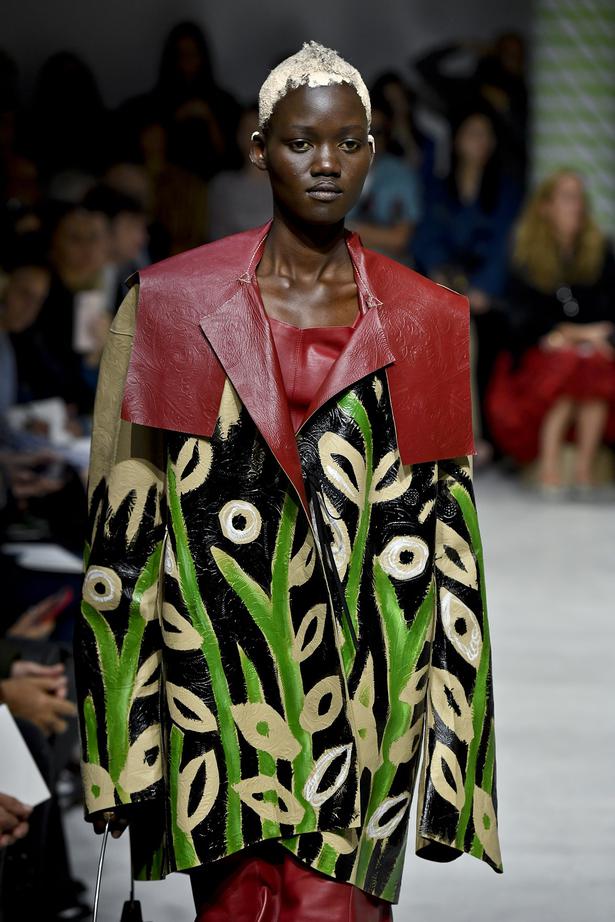 2. LEAF PRINTS
If, in 2019, we reached peak floral midi dress, then next year’s crop of new botanical prints will prove a welcome change. Jennifer Lopez headlined the trend, walking the Versace catwalk in a remastering of the house’s “jungle dress”, which she made famous 20 years ago when she wore it to the Grammys. Said gown, slashed to the navel, was so daring for its time that the world wanted to see pictures, prompting the creation of Google Images. Elsewhere, plant prints beat florals at Prada, Marni and Fendi, in clothes that you really can wear every day. 3. LONG SHORTS
Shorts are back and looking easier to wear than ever before. The new shape needs to hit just above the knee and be loosely cut, with proportions akin to an A-line skirt. It’s a formula that is endlessly waist-flattering.

Max Mara’s proposition, in grey and white tailoring fabrics, would work well in an office environment (tuck that shirt in and, voila, the aforementioned waist appears). For dinner out on a Saturday night, see Bottega Veneta, where the shorts came in bitter chocolate, black and white leathers, worn with slinky scarf tops and padded stiletto sandals. 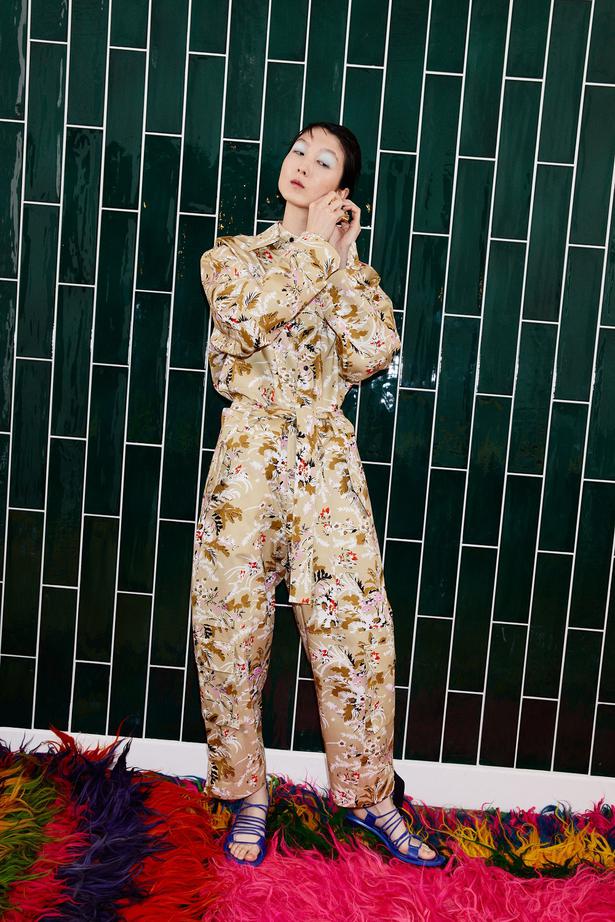 4. JUMPSUIT CO-ORDS
At Colville, the label founded by ex-Marni trio Molly Molloy, Kristin Forss and former Vogue fashion director Lucinda Chambers, the emphasis was on clothes that you could wear four different ways. There were double-layered slip dresses with straps that could be pulled up or down to change the look. There were upcycled scarf dresses, worn as tunic tops with black trousers. And then there was the jumpsuit co-ord, a fresh take on co-ordinating items that effortlessly layer-up together, or break apart to form new looks. Colville’s oversized boiler suit came in a statement beige leaf print, with a skinny-cut top underneath to allow you to adapt its neckline and open up the buttons without revealing your chest. 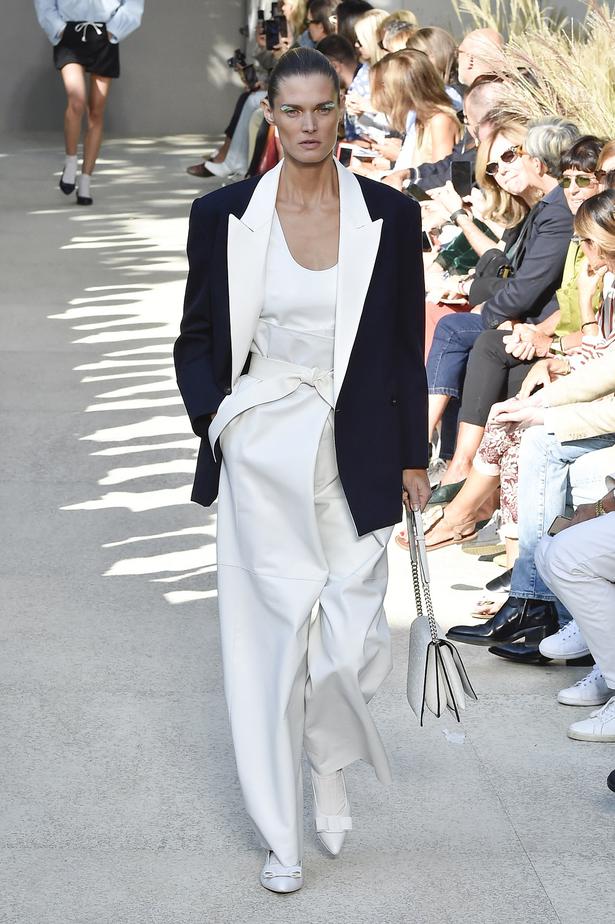 5. RAISED WAISTS
There was an abundance of great statement trousers at the Salvatore Ferragamo show, taking in all manner of inventive cuts and leg shapes. Highlights included a pair of white leather flares with a wide knotted belt, and a selection of parachute-style, draw-strung silk cargo pants, with ankle cuffs that flattered the smallest part of the leg. The thing which they all had in common, though, was a high waist. The balance of a full flare or peg leg shape is perfect when teamed with a paper-bag cinching or classic high-rise. Tuck in anything from a light knit to a white shirt and add small heels if you want to make your legs look even longer. 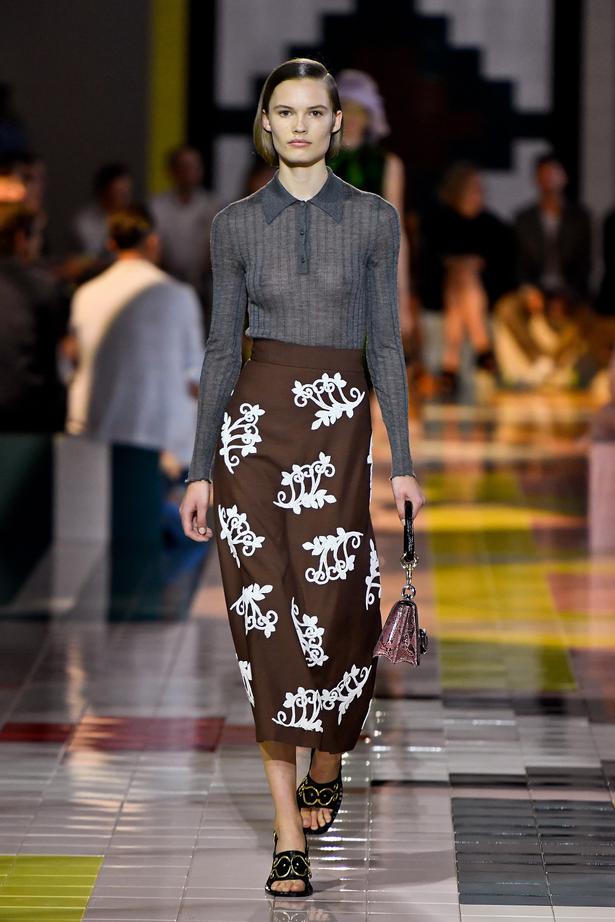 6. FINE KNITS
These are such a useful backbone in every wardrobe that most designers forget to show them on the catwalk. Some forget to design them. Not Miuccia Prada. Knits have been a foundation of her business — always there, somewhere, in her stores. This time she put them centre stage in pale, steely shades (Ferragamo favoured this tack too), while Gucci’s popped in the brightest of bright greens and scarlet. Basic? Yes. Boring? No. 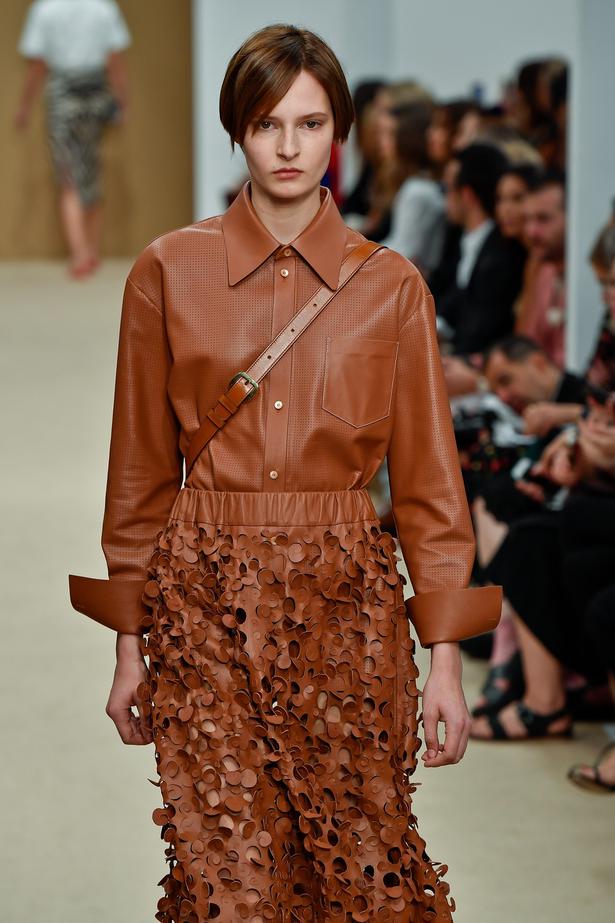 7. TEXTURE BLOCKING
Tonal dressing is a big styling trend for the current season. The evolution for spring is texture-blocking, a tactile version of the same concept. Your textile palette might include a glossy leather skirt, knitted lurex top and an embroidered raffia bag in a single look. At Missoni, it was about layering different gauges of knits — some holey, some tightly ribbed — for contrast. At Tod’s, leather pieces were treated with different effects; a shirt, for example, was glossy and soft, worn with a skirt that was smooth on one side and hole-punched into ruffles on the other. The aim of the game is to be entirely strokeable. 8. BABY BLUE
This has been such an unfashionable colour for so long that it almost looked shocking when Bottega Veneta rolled it out under the auspices of its new ex-Celine wunderkind designer, Daniel Lee. For winter, it was the new Bottega quilted court shoe and padded shoulder bag that got the baby blue treatment. For spring he’s gone bolder, washing it over coats. He’s not the only one. At Max Mara, Ermanno Scervino and Emporio Armani to name but three, the colour sings, especially when mixed with chocolate brown, olive, emerald green or yellow. 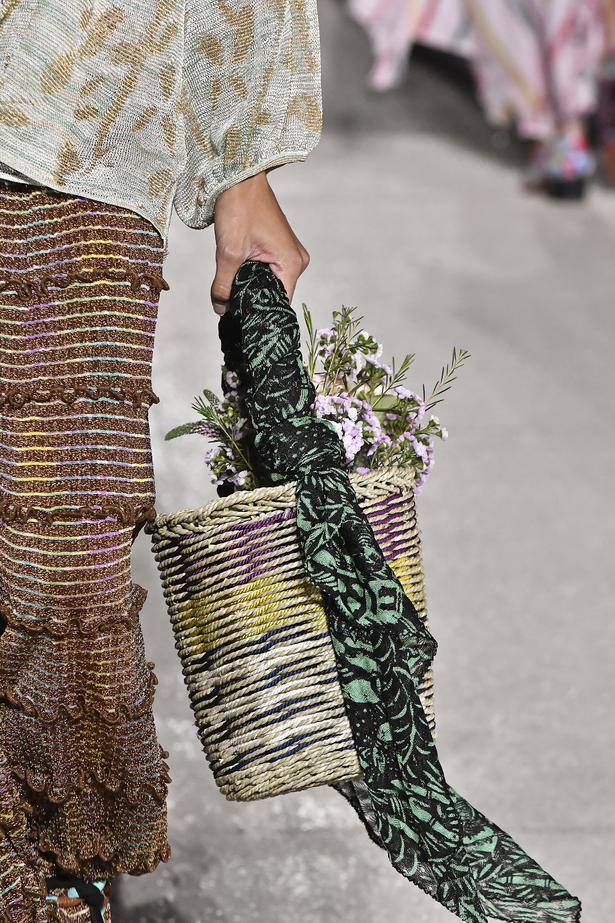 9. SCARF CLOTHES
Seventies mania continues and the scarf is the takeaway wear-now trend from the spring/summer catwalks. While some designers paid tribute to Jackie O’s style, fastening them under models’ chins, slung, sling-style, across trench coats or draped as a sarong over pencil skirts, these ideas may look too literal in real life. This is about baby steps. Wrap a silk scarf around the handles of a bag to give it a new life or tie one round your wrist or ponytail. Or take the easy route with a ready-made, double-sided scarf halter-neck from Dolce & Gabbana or one of Colville’s vintage scarf dresses.

Should You Wear Bike Shorts? Inside Fashion's Most Divisive Trend

After a surprise appearance on this season's catwalks, cycling shorts have hit the red carpet. But should you wear them? The Te...