We’ve looked to the couture and fall/winter 2019 catwalks to pick out some gowns we’d love to see on our favourite female nominees. 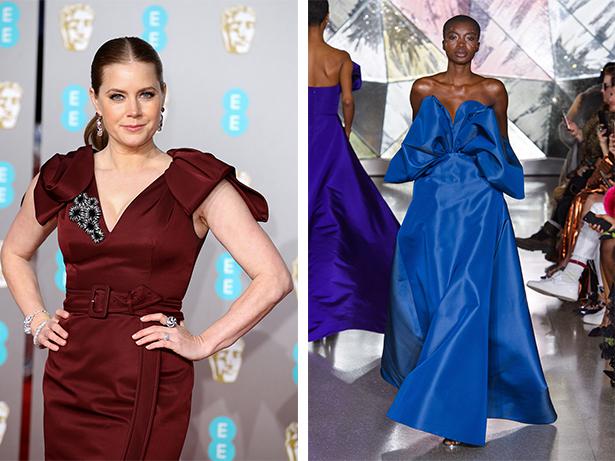 Yalitza Aparicio
Nominated for: Actress in a Leading Role, Roma.
It must have been a whirlwind year for Yalitza, but she’s been demonstrating an eye for style on the red carpet and if she wins the Academy Award for best actress, we’d love it to be in something like this liquid gold, pleated Dior Couture gown. Glenn Close
Nominated for: Actress in a Leading Role, The Wife.
Glenn rocks a suit like nobody’s business — it’d be cool to see her carry this vibe through to the biggest awards ceremony this year. Perhaps she could wear something like this Emilia Wickstead fall/winter 2019 ensemble, which incorporates trousers but also a cape sweeping dramatically from the neck and shoulders. 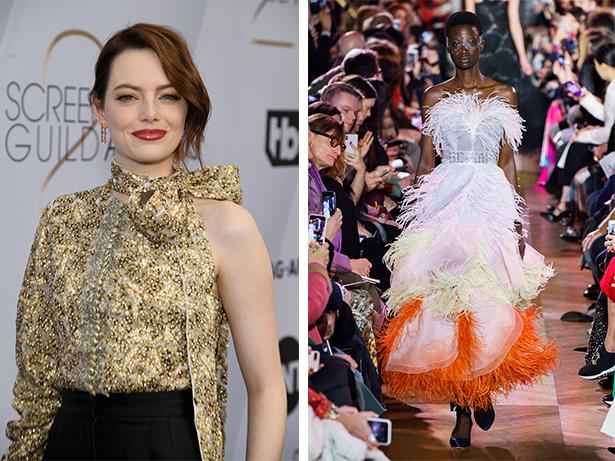 Regina King
Nominated for: Actress in a Supporting Role, If Beale Street Could Talk.
Regina always brings her absolute A-game to the red carpet and isn’t afraid of a little sparkle. She seems to also be a fan of strapless necklines, so perhaps this Zuhair Murad Couture dress would be up her alley. 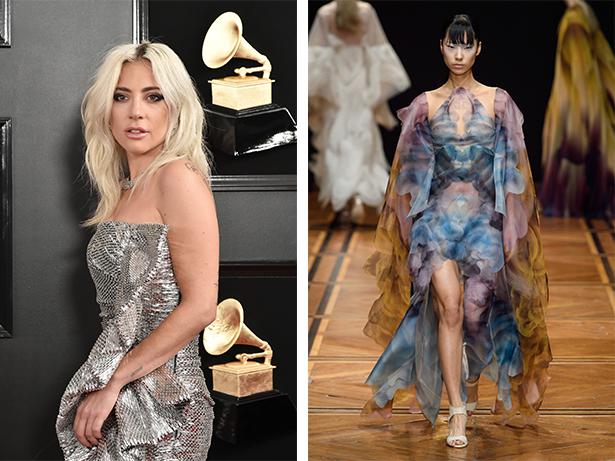 Rachel Weisz
Nominated for: Actress in a Supporting Role, The Favourite.
Rachel Weisz’s award ceremony style is a little hard to pin down — sometimes she goes for something classic and old-Hollywood, and other times pushes the boat out with embellishment and pattern. At the BAFTAs, she wore a beautifully frothy tulle creation from Gucci, so perhaps this year she’s all for something more whimsical. Surely there will be someone in this much-acclaimed Valentino Couture collection this year, so perhaps it will be Rachel in something like this gown. 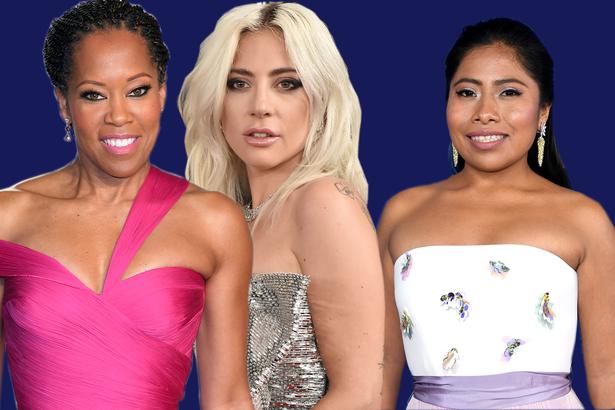 Lady Gaga
Nominated for: Actress in a Leading Role, A Star Is Born.
We couldn’t help but be a tiny bit disappointed by Lady Gaga’s Grammy’s look – sure, she looked beautiful and cool in her rock ‘n’ roll Celine by Hedi Slimane dress, but we’ve come to expect something more wild from her. Maybe for the Oscars, she could wear this look by Richard Quinn fall/winter 2019; not quite a meat dress, but still weird enough that only she could pull it off. 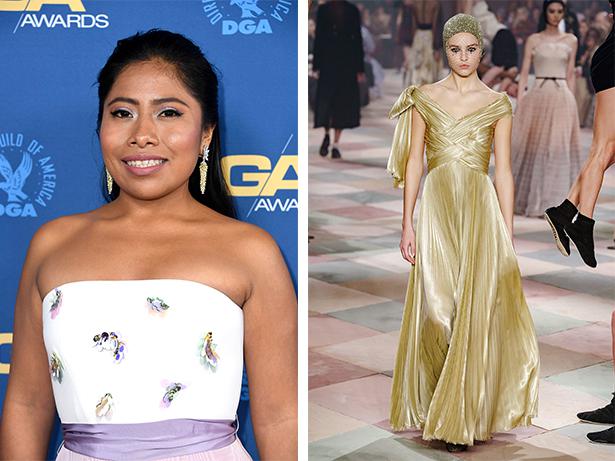 Olivia Colman
Nominated for: Actress in a Leading Role, The Favourite.
Olivia’s pixie crop looks great with the minimalist silhouettes she seems to favour on the red carpet of late. This black velvet gown from Oscar de la Renta fall/winter 2019 is simple and minimal but has a striking neckline detail for added interest. 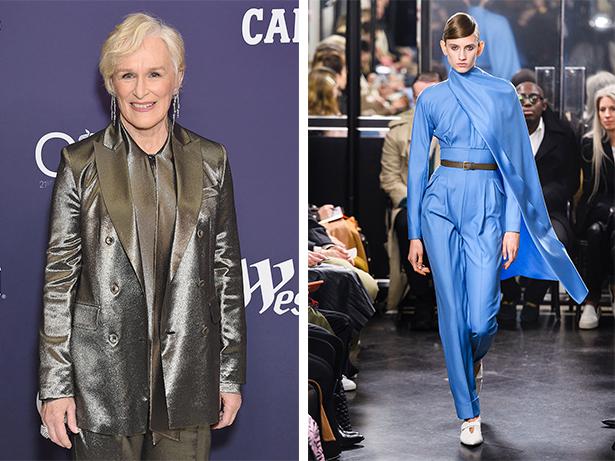 Amy Adams
Nominated for: Actress in a Supporting Role, Vice.
Amy’s red carpet style is quite classic, but she does tend to sway towards deep, rich colours that beautifully pair with her skin and red hair. This Christian Siriano fall/winter 2019 bow-front gown would be something a little different for her, but still in a rich tone with its saturated dark blue. 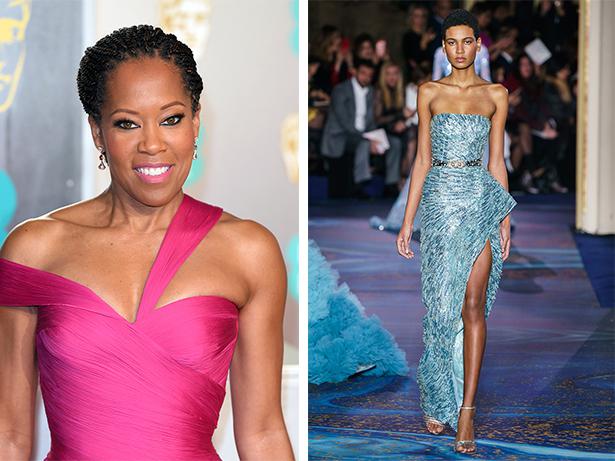 Melissa McCarthy
Nominated for: Actress in a Leading Role, Can You Ever Forgive Me?
We think Melissa has the pizazz to pull off bright colours, and this Roksanda fall/winter 2019 gown falls beautifully into a cape-like train with a cinched-in waist and pleated front. 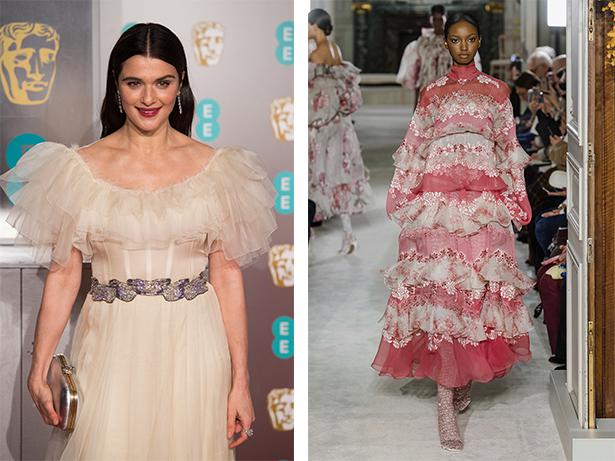 Emma Stone
Nominated for: Actress in a Supporting Role, The Favourite.
Emma can pull off something a bit left-of-centre. She’ll probably wear Louis Vuitton, but if she chooses another brand, maybe something like this delightful feathered dress from Schiaparelli Couture would do (minus the safety goggles).

The Most Interesting Looks From The BAFTAs 2018 Red Carpet

As the unofficial dress-code called for black in continued support of the Time's Up movement, celebrities used texture and shap...