Woollen shoe company Allbirds has teamed up with the world's second-largest sportswear manufacturer in a bid to bring about change in the footwear industry.

Allbirds and German multinational Adidas have set out to reduce 700 metric tons of carbon dioxide emitted by the footwear industry by innovating their manufacturing processes and exploring new technologies and renewable materials.

CLUB VIVA: All The Highlights From The Club Viva x Allbirds Event

The pair have planned to develop a sports performance shoe with the lowest ever carbon footprint.

Adidas has committed to a 30 per cent reduction in its carbon footprint by 2030 and achieving carbon neutrality by 2050, while Allbirds has already imposed a carbon tax on itself for every piece of footwear it makes, allocating an undisclosed percentage of every sale toward projects to lower global warming.

The company has had a focus on using sustainable materials in its Merino wool shoes since its inception in 2014. Beyond wool, its footwear features recycled plastic bottles, cardboard, wood fibre and foam soles derived from sugar cane.

We’re teaming up with @adidas to redefine the playbook on sustainability by co-creating a performance shoe with the lowest carbon emissions, ever. Yes – ever. Because we can’t get to where we are going alone.

READ: The Science Behind All Birds' Sugar Cane Foam Innovation

Allbirds co-founder Tim Brown said the partnership with Adidas was bigger than the two brands, and that it aimed to encourage other businesses to measure and disclose their carbon emissions.

"There is an urgent need to reduce our global carbon number, and this mission is bigger than just Allbirds or Adidas," say Tim. "Whether we realise it or not, this is a race that we are all running together as a planet and it is one that trumps the day-to-day competition of individual companies. I am hopeful that this partnership will be an example for others to follow as we pursue a more sustainable, net-zero carbon future."

The companies hope the partnership will accelerate the industry's pace to achieve carbon neutrality.

The footwear industry is one of the world's biggest polluters, with emissions released at every stage of the supply chain; from material choices to manufacturing facilities, transportation methods and packaging.

"Our brands don't want to just participate in the sustainability conversation, we want to continue being catalysts and creators of substantial improvement," Carnes said.

READ: The Year Of Innovation & Influence For Billion-Dollar Brand Allbirds

"Adidas and Allbirds share an understanding that the current steps to improve the condition of our planet aren't enough. We hope this partnership inspires brands to refocus their competitive spirit toward the race against climate change and encourages a collaborative approach to finding better solutions." 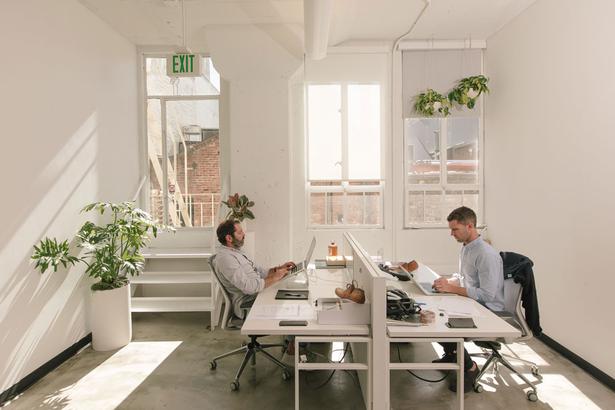 Currently, the average running shoe has a carbon footprint of 13.6kg of CO2.

The pair hope to have created a performance shoe with a significantly lower carbon footprint by the end of the year. The shoe will be analysed using Allbirds' life cycle assessment tool, which measures the end-to-end carbon emissions.

"Our great hope is that this partnership will catalyse other people to share both their best ideas and research so that we can work together in the fight to live more sustainably," Brown said.

"This is a problem that won't be solved by one company alone."

DAX-listed Adidas has a market capitalisation of US$45 billion ($73b), according to Forbes, while Allbirds is estimated to be worth $2b.

The Year Of Innovation & Influence For Billion-Dollar Brand Allbirds

Meet The Footballer Behind This Billion-Dollar Footwear Brand

All The Highlights From The Club Viva x Allbirds Event