Amanda Gorman is a fashion force to be reckoned with. This month she became the first poet to give a recital at the Super Bowl, speaking to an estimated audience of 100 million Americans.

The look was both polished and playful, cementing her status as someone who both relishes and understands exactly how to dress for effect. 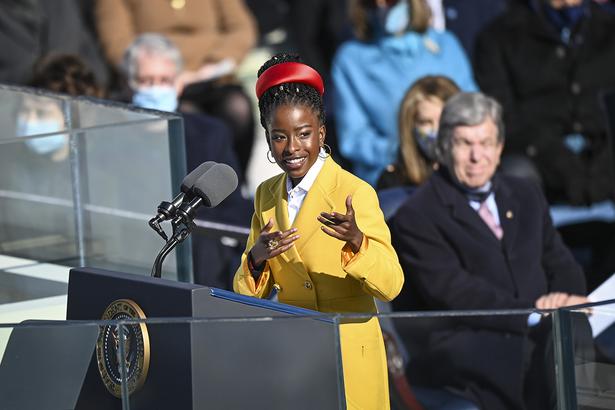 This level of canny public presentation is, by now, par for the course for the accomplished 22-year-old. When Amanda Gorman stepped onto the podium at the Presidential inauguration last month, the United States’ first national youth poet laureate knew she was going to be commanding.

She brought with her a poem calling for unity, healing, and hope, and a poised style of delivery honed over several years of public performance.

She also looked magnificent. Standing there in a bright yellow Prada coat and puffed red satin headband, Gorman’s words resounded – and so did her image.

The vivid colours echoed her tone of defiant optimism. The details, too, acknowledged Gorman’s literary forebears and nodded to the significance of her standing on that stage as a young, Black woman delivering one of the most widely-watched poetic events of the year.

Her ring featured a caged bird in homage to Maya Angelou. It had been sent to her, along with a pair of earrings, by Oprah Winfrey, who also furnished Angelou with a Chanel coat and pair of gloves during her own performance at Bill Clinton’s 1993 inauguration.

The inauguration might have been the event to catapult her to new levels of fame and lead her to be deemed fashion’s new superstar (the poet was also signed to world famous model and talent agency IMG the week after), but interest in Gorman had already been growing steadily in recent years.

The power of her penmanship and performance style, as well as her future ambitions — she has said she wants to run for president in 2036 — has been apparent ever since she was first named youth poet laureate in 2017. 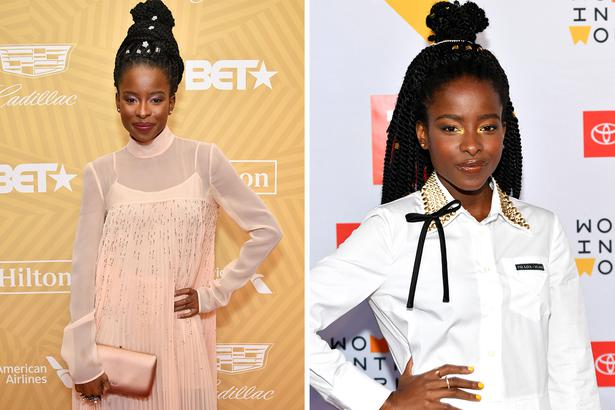 It’s a power that the fashion world was quick to note too. In recent years she has appeared in advertising campaigns for Helmut Lang and Loft.

Her relationship with Prada also pre-dates the inauguration. In 2019 Gorman was flown to Milan Fashion Week courtesy of the Italian brand, which she had also worked with to report on their sustainable Re-Nylon initiative.

She even penned a poem for the label titled ‘A Poet’s Prada’ where she observed “Style is a statement, style is creative power revitalized / And never compromised.”

This understanding of style is apt when considering Gorman’s own approach to what she wears. She has been praised for the vibrant beauty of her fashion choices — the use of colour, silhouette, and embellishment is top-notch — but also for their creative flair and statement-making effect.

“Fashion brings a distinct visual aesthetic to language,” she explained to Vogue back in 2019. “When I became US Youth Poet Laureate, my mom and I actually talked a lot about my clothing because I act as my own stylist and makeup artist, navigating places as different as the Library of Congress and MTV. Through it all, I want to remain true to myself.”

These days she no longer has to be her own stylist — that task now falls to the professionals, Jason Bolden and John Mumblo — but the need for authenticity remains just as strong.

In fact, when Gorman recently appeared on the cover of Time magazine in a yellow Greta Constantine dress mimicking the colours of her inauguration outfit, she expanded on her thinking.

The accompanying conversation with Michelle Obama touched on art, poetry, public appearances, and the currently turbulent political landscape, while an additional video saw her talk about the decision-making at play in what she wears.

“As a Black woman, fashion is always pivotal for me in my self-expression … we are always held to such high standards that even basic things such as our hair or make-up or clothes have a political importance,” she observed. “I like to walk forward in that tradition and redefine it. I like to imagine a type of grace and elegance and regality that actually speaks to the African diaspora.”

This is at the heart of Gorman’s fashion-world appeal. She recognises that style can be its own kind of communication and a part of her performance art.

Choices she makes over how to wear her hair, or who she pays tribute to in an accessory, or what constitutes power dressing read as both joyful and thoughtful. They are bold. They are considered. They prove that an outfit can be as symbolic as it is spectacular.