Joan Didion, who has died aged 87, was described as the first lady of American journalism and was the author of novels, works of non-fiction, and the co-writer (with her husband John Gregory Dunne) of numerous screenplays; her reputation was consolidated, however, by The Year of Magical Thinking (2005), a memoir of the year which began with Dunne’s death from a heart attack in December 2003.

By the time the book – which became a best-seller and was nominated for a Pulitzer prize – was published, Joan Didion was already celebrated for pioneering confessional journalism in the 1960s and 1970s and for her stylised, memorable prose.

Her persona was that of a bird-like neurotic, chain-smoking, intellectual, poring over the narrative of America’s social and moral breakdown, her own breakdowns and the difficulties of being a writer (“I sit in a room literally papered with false starts and cannot put one word after another and imagine that I have suffered a small stroke”). 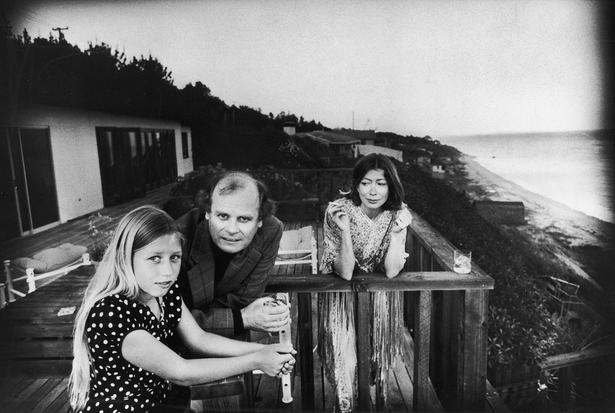 What distinguished her writing was her irony, her sense of the rhythms of language and the juxtapositions of the broad sweep of history with telling visual details which evoke time and a mood.

She emerged as part of the 1960s wave that became known as the New Journalism. With such writers as Norman Mailer, Tom Wolfe and Gore Vidal, she lived lifestyles and made her name by writing perceptive essays which anatomised the disintegrating American dream.

And with The Year of Magical Thinking in 2005 she created, in effect, the grief memoir. The book (later adapted for the stage) explored the year after the death of her husband as they were sitting down to dinner having just returned from the hospital where their daughter Quintana was in a coma.

Its genius, Rachel Cusk observed in The Guardian, was in “transforming or redeeming chaotic experience with the orderliness of the author’s prose and the rational mind from which it issues”. Blue Nights (2011) described the subsequent death of Quintana at 39.

In her writing, there was always the sense of people struggling to find moral bearings in an increasingly fragmented world. Her essay Slouching Towards Bethlehem (1968), portrayed Haight-Ashbury hippiedom as “the desperate attempt of a handful of pathetically unequipped children to create a community in a social vacuum”.

In the 1980s and 1990s her essays on American politics examined the role of “that handful of insiders who invent, year in and year out, the narrative of public life.” In a piece about Reagan’s White House she noted the way in which presidential acolytes would punch each other on the shoulder and seemed to live by cowboy B-movie scripts.

The feeling for a particular time was central to her fiction, too. Her first novel, Run River (1963), set in the postwar Sacramento of Cadillac dealers and property spivs, tells the story of Lily, a young wife and mother whose husband has just shot himself after killing her lover.

Lily and her husband come from old landed Sacramento families but, Joan Didion suggests, belong to a generation which has lost the moral purpose of their pioneer forebears. In her last novel, The Last Thing He Wanted (1996), set in the Reagan era, she evokes a time of ‘counterfeit machismo” when people struck “a certain kind of sentimental pose”.

The plot harps on the gulf between the surface narrative and the darker reality: Elena McMahon acts as her sick old father’s surrogate in one last business deal, the supply of arms to the Nicaraguan Contras.

Nowhere, as Joan Didion revealed in her otherwise impersonal memoir Where I Was From (2003), was the gap between the myth and the reality wider than in California, where she was born on December 5 1934. Joan standing at the panhandle of Golden Gate Park with a group of hippies during the writing of her article Slouching Towards Bethlehem,1967. Photo / Getty Images

“I was born in Sacramento, and lived in California most of my life,” she wrote. “Yet California has remained in some way impenetrable to me, a wearying enigma, as it has to many of us who are from there.”

Her sense of a gap between California’s self-image as a pioneer state and the reality had its roots in her upbringing. She was born into a line of families who settled in the Sacramento Valley in the 1850s, and grew up believing herself a “native daughter” of heroic frontiersmen and wagon train pioneers.

But at the same time she was confronted every day with the more prosaic truth that her father supported his family by property speculation. “My childhood was suffused with the conviction that we had long outlived our finest hour,” she recalled.

She became an acute observer of visual reality and the nuances of speech. Aged five, she began keeping a notebook and would wander around the grounds of a local psychiatric hospital with a friend, noting down snippets of dialogue.

When, aged 10, she began to write short stories, she sought to achieve verisimilitude by carrying out her own field research. When writing a story about a woman who commits suicide by walking into the ocean, she tried it for herself at the dead of night and got knocked over by a rolling Californian wave.

She studied English Literature at Berkeley University, where, as she explained, her “attention veered inexorably back to the specific, to the tangible, to the peripheral. I would try to contemplate the Hegelian dialectic and would find myself concentrating instead on a flowering pear tree outside my window.” Nevertheless her training in close textual analysis proved invaluable in her later surgical dissections of political terminology. 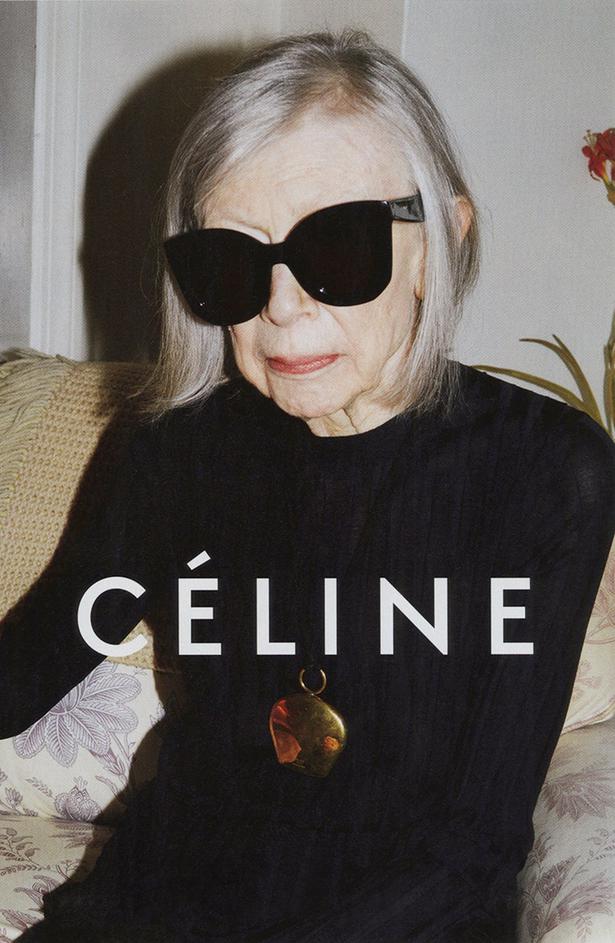 In 1956 she won a writing contest which led to a job on Vogue and moved to New York, where in 1963 she erupted on to the best-seller lists with Run River. Early the next year she married the writer John Gregory Dunne, then working as a foreign news writer on Time magazine.

They moved to Los Angeles to work as freelance journalists and scriptwriters. Success came easily: “If you couldn’t find a story, you’d catch a flight to San Francisco for $12,” Joan Didion recalled. “There was always something political going on in San Francisco that you could tap into and be back in LA by midnight.”

But at the same time, she was struck by the difference between East and West Coast culture. In New York, stories of murders and suicides for example, would be written up and interpreted with a trenchant moralism, featuring a familiar cast of stock characters; in California there would be bare accounts, often relegated to the “freak death page” isolated from any context, as if these terrible examples of moral degradation had nothing to do with the society around them. 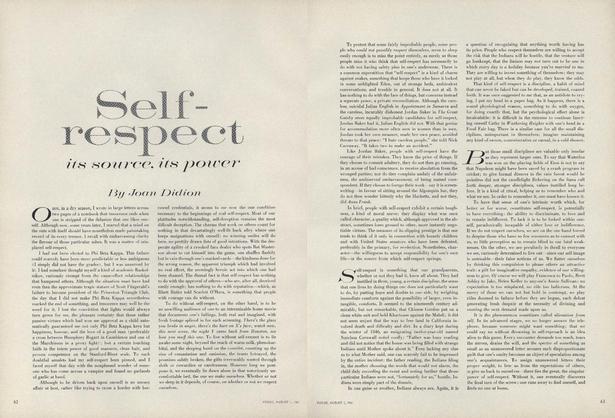 Joan Didion on self-respect for Vogue, 1961.

Her growing concern with what she saw as California’s deluded sense of self became the subtext of much of Joan Didion’s writing in the 1960s and 1970s. Essays collected in Slouching Towards Bethlehem (1968) and The White Album (1979) and novels such as Play it as it Lays (1970) portray a society which has lost confidence in its traditions.

Best known for his tenure at the helm of Lanvin, Alber worked to redefine the fashion industry

The German photographer, celebrated for capturing the natural beauty of all women, has died aged 74