Oh boy, do clothes that exist beyond the familiar and reassuring ever tick folks off. They get downright hostile. They will call a critic "evil," demand a resignation or simply let the rage roar, as if the scribe herself was the one up in the atelier, stitching together the crazy frocks for the sole purpose of making so-called normal folks look like fools.

Fashion is not out to get you or confuse you. Granted, sometimes it may feel that way, the same way sports makes games incomprehensible to the novice with all its convoluted rules. (Once again: What's with a designated hitter? How does that make sense?)

And certainly, there are designers who relish tweaking the nonbelievers, as well as fashion acolytes who play the mean-girl bully to anyone who isn't up on their Vetements, their Off-White or Undercover. They'll give grief to those who don't know that Gosha is a who and not a where. Fashion loves its lingo and hair-splitting distinctions. The new sweatshirts that just arrived at the Gap? Those were delivered. Those Alexander Wang x Adidas Original sneakers available at the pop-up shop? Those were dropped.

So Balenciaga especially riles people up because it's designed by Demna Gvasalia, part of the brain trust that gave the world Vetements - the house that transformed the banal work uniforms and logos of places like DHL into something to covet. Like a lot of designers, he casts non-professional models in his shows; his are often aggressively forlorn. 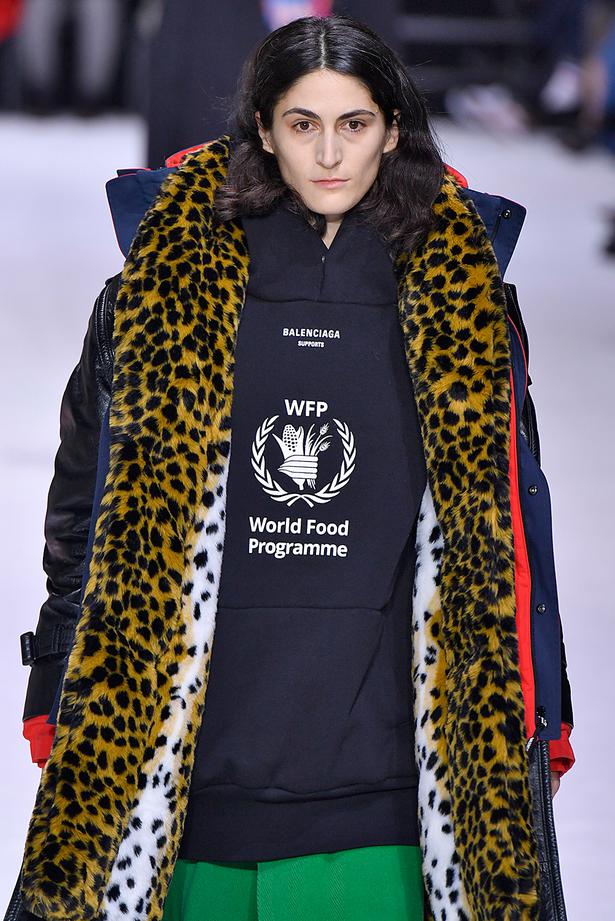 But more than anything, brands such as Balenciaga have a way of inviting outrage because they shake up the status quo. And while you, fine citizen dressed in your lovely navy Talbots sheath, may have no interest right now in Balenciaga's garishly-colored floral frocks, just you wait. Gvasalia and his cohorts are turning our attention to once-maligned sections of the color wheel. He is loosening the standards for what is stylish and bringing value to things that would seem to have little.

His blue shopping bag that looked like an Ikea tote outraged a lot of people. Boom! Heads exploded in dismay. Gvasalia wasn't forcing anyone to buy it, mind you. It was an idea, a proposition. And yet. People were mad. Because if fashion says something that looks like that has style value, what does that mean for what's already in your closet? To quote Hannibal Lecter: "You know what you look like to me, with your good bag and your cheap shoes? You look like a rube. A well-scrubbed, hustling rube with a little taste." So good Lord, if your bag isn't even any good, you're just a plain old rube.

But Gvasalia isn't trying to make anyone feel bad. In fact, he's attempting to make you feel better. He's celebrating the craftsmanship of a legacy brand like Balenciaga, but he's taking the stuffing out of it. Laying out the welcome mat. You there, toting your belongings here and there in an old nylon shopping bag? Gvasalia is going to make your nylon carry-all cool. 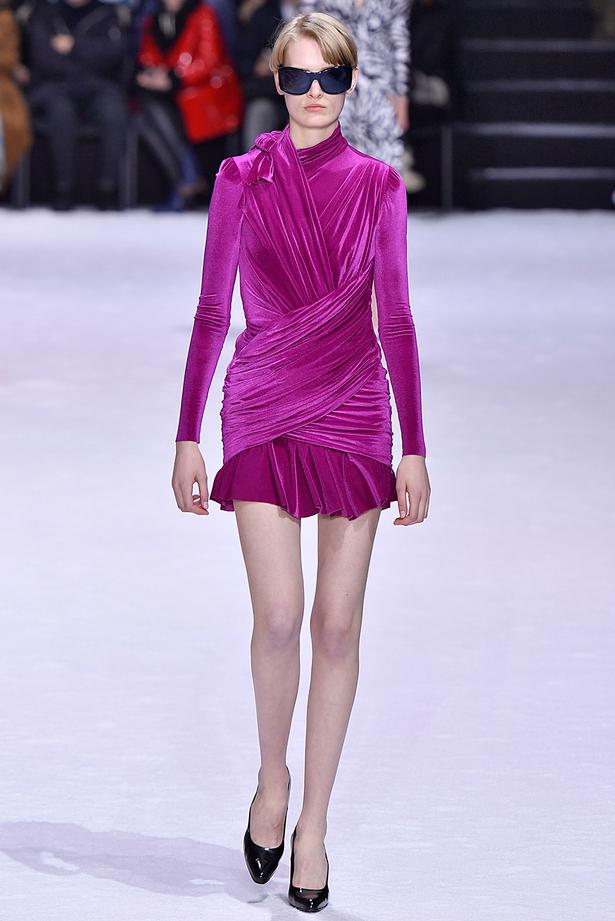 Gvasalia presented his fall 2018 collection in a film studio just outside Paris. As guests rushed into the massive space from the cold rain, they were greeted with a graffiti-covered "mountain" and a floor thick with fake snow. The models made their way around the mountain's base wearing derriere-skimming mini-dresses that wrapped and draped snugly around the body. There were hourglass-shaped blazers and coats crafted using 3D body-scanning technology; the glen plaid and houndstooth, bonded to foam, looked like something plucked from a virtual-reality boutique.

He layered coats upon coats upon coats, fused together so that sometimes a model looked almost as wide as he or she was tall. The effect was unnerving no matter how one might have interpreted it. At the most basic level: Just how cold does Gvasalia think it's going to be next winter?

Then, with the raw edges and the contradictory elements - wool coats topping jean jackets over hoodies - one couldn't help but think about the homeless. They often wear everything that they own on their back, turning themselves into almost abstract mounds of tattered frocks.

The piles of clothes and the graffiti mountain, meant to signifying a snowboarding landmark, also put one in mind of a landfill and the massive amount of clothing that ends up in them every years. Indeed, clothing is one of the least recycled commercial goods.

Sweatshirts and fanny packs and other accessories on the runway bore the logo of the World Food Programme. The WFP co-branded items will benefit the organization and its mission to end hunger by 2030. In a statement, Balenciaga got specific: Purchasing a baseball cap means the WFP can provide 200 packets of high-energy biscuits. A windbreaker translates into kitchen sets for 100 families. The company has also donated $250,000 to the cause.

The parts of the collection that are aimed at charity are banal. Gvasalia is not crafting some rarefied object for purchase that represent the act of giving. Instead, he's infusing the most mundane items with significance. He's willing them to be stylish. And demanding that they have meaning beyond a small circle.

No, fashion is not out to get you.