It's Noice, It's Different, It's Unusual: Why We're Still Obsessed With The Fashion From Kath & Kim

It's a foxy moron revival. As the TV show has a new lease of life on Netflix, Dan Ahwa takes a closer look at its quiche style influences

A new generation is being introduced to popular Australian TV show Kath & Kim, with its recent addition to Netflix this year. Created by Jane Turner and Gina Riley, the show, set in the fictional suburb of Fountain Lakes in Melbourne, highlighted suburban life in Australia through the lens of its title characters Kath Day-Knight — an agreeable, middle-aged woman and her vapid daughter Kim Craig; their day to day lives and the coterie of eccentric characters that formed their world becoming a hit at its peak during the early to mid 2000s.

There were four 8-part series (2002, 2003, 2004 and 2007), a telemovie (2005), and a feature film (2012) the series also spawning a short-lived American version starring Molly Shannon and Selma Blair. Where the US version missed the mark is an understanding of the 'Australian-isms' the show managed to capture - right down to the wardrobe.

Whether it's Kim's bumster jeans with visible diamante G-string or Kath's parrot earrings, the show cleverly highlighted the specifics of what Australian suburban style looks like. In a 2007 interview with The Age, award-winning costume designer Kitty Stuckey explained "There is that classic line from Kath & Kim which I think really sums it up. 'You have to say this for Paris Hilton. She always manages to look a hundred bucks.' And that hits the nail on the head."

With renewed interest in the series, we take a closer look at the characters and fashion that defined the show's bad-taste aesthetic and its influence on popular culture. 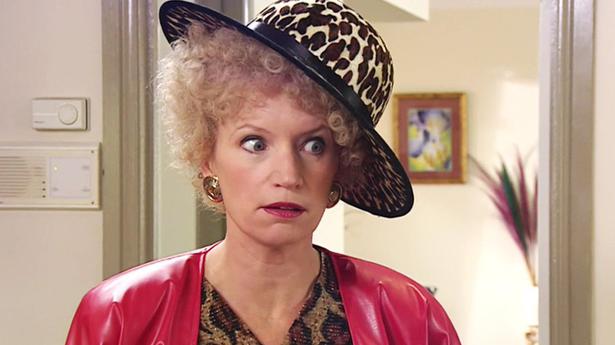 KATH DAY-KNIGHT : 80s Ladies Wear Department
Kath's taste level in her eyes is probably chic and sophisticated, however, she's definitely still stuck in the 80s with a wardrobe of shoulder-padded vinyl jackets and frizzy perm. But what we can learn from Kath's personality is that she chooses to wear whatever she pleases without caring what anyone else thinks, and that speaks volumes about individual style. Kath's style is particularly specific to small-town Australian suburbs, where specialty stores for 'ladies wear' might still have shelves laden with gloves, Oroton mesh purses and wide brim sunhats; one can't help but imagine Julia Roberts at the polo in Pretty Woman to be the ultimate Kath-Day-Knight inspiration for all day, everyday wear. Her collection of parrot earrings is also worth mentioning, and she seems to team this easily with anything from a floral blouse with built-in shoulder pads or a full tracksuit when shes out power walking. As Kim would say, Kath's style is best summed up as "mutton dressed as lamb." 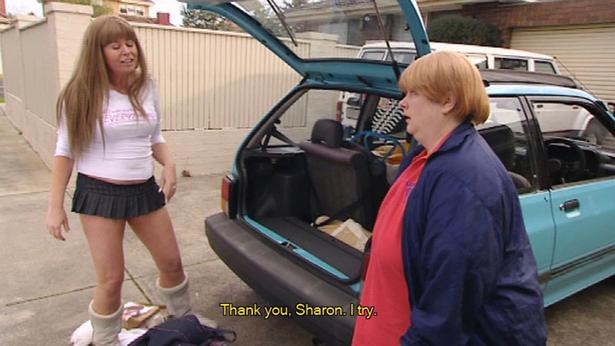 KIM CRAIG: NW Magazine Fashion Pages
Shopping malls are what Kim lives for, and her wardrobe made up almost entirely of purchases from the finest chain stores such as Supre, Dotti and Portmans, to name a few. The way she throws her looks together is ultimately inspired by noughties celebrities who often grace the pages of New Weekly (NW) magazine; the Bling Ring brat pack fodder generated by the likes of Britney, Lindsey, Tara, and of course Paris. Kim's wardrobe is a document on  2000s fashion and is what she does best — distressed bumster bootleg jeans, pointy mules, faux Fendi baguette handbags tucked under the shoulder, and poker straight hair with tinted highlights. The goal is to look quiche at all times, and while current designers and Instagram micro-influencers attempt to distill the precarious balancing act of irony that noughties fashion offers, Kim was doing this better than everyone else, even Paris Hilton — right down to the Ugg boots worn in public. 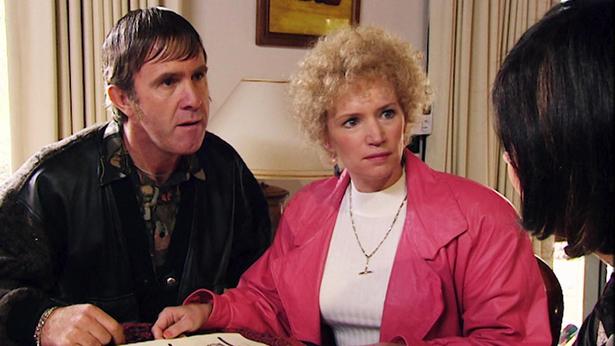 KEL KNIGHT: The Height of Metro
Butcher Kel's personal style is a perfect match for Kath — terrible verging on great. Kel's timely presence as the show launched in 2002, was at the height of the Metrosexual movement, exsisting in an era that also saw Queer Eye For The Straight Guy mania and David Beckham's grooming routine make front page headlines.

The toupee painstakingly combed to the side, the open collar polo shirts revealing chest hair and a gold chain, the 'man purse' and zip up loafers. He's hapless and fumbles his way around Kim's glaring stares, and his fashion sense is a true testament to the concept of 'dad style' with lashings of Burt Reynolds and Macgyver thrown in the mix for extra cringe. 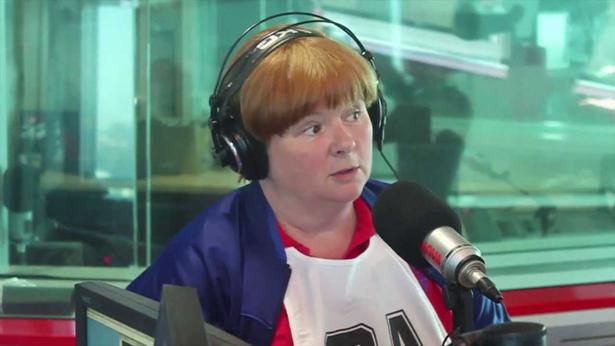 SHARON STRZELECKI: Active-wear Pioneer
Kim's best friend Sharon, with her rigorous bowl cut hairdo, is a loveable soul, and her penchant for sportswear all day every day was a pre-cursor to the ubiquitous sportswear seen right now. On the odd occasion Sharon might dress up for a hot date, but she lives in her netball/cricket gear (depending on the season). An avid netball player, it's not unusual to see Sharon wearing her bib fresh from training, track pants worn underneath her pleated netball skirt adding another element of layering. If there was one character from this series who's style is relevant in 2019 and its preference for a casual dress code - it's Sharon. 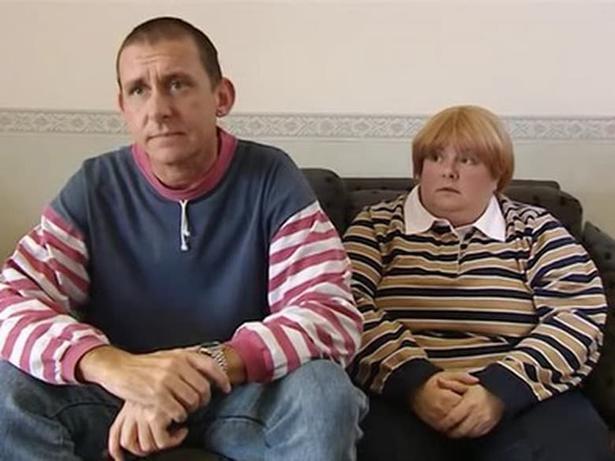 BRETT CRAIG: Norm-bore
The other hapless bloke in Kath and Kim's world is Kim's happy-go-lucky husband Brett. Beholden to the whims of his wife's mood swings, Brett's wardrobe choices are as dull as Brett is. Short sleeved shirts are worn with ties, mostly brown; and on the weekend's it's often jeans and sneakers with a non-descript jumper or an Aussie Rules jersey. But some might argue Brett's style lends itself to the nonchalant rules of Normcore, and in this instance, Brett wins. 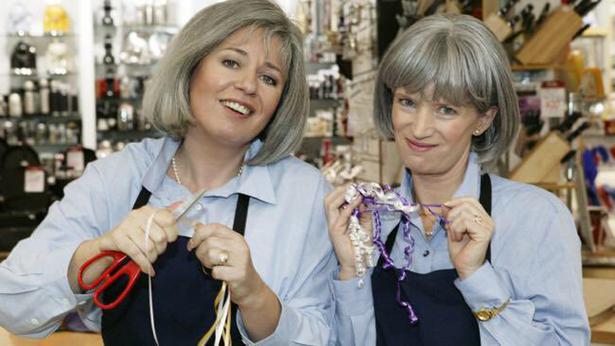 PRUE AND TRUDE: Old Money Wives
Trude and Prue both work as shop assistants at a home-wares store located in the local shopping centre; while Prue only works in the shop two hours a week, it's unknown how many hours Trude works. They both speak in a highly exaggerated upper-class Australian accents, re-enforced by their almost identical grey bobs, upturned Oxford collard shirts and aprons. Classic WASP style is what sets these two characters apart, but their understated wardrobe only emphasizes the cartoonish looks seen on Kath and Kim every time they visit - much to Prue and Trude's disdain. Prue and Trude's affluent, slightly prejudiced, casually racist housewife routine is offset perfectly in twins sets and pearls.