The fashion designer avoided playing to extremes at New York Fashion Week 2019, presenting a thoughtful, beautiful collection that's 'for everyone' Fashion Week began here in the same way that it has for the past few years, with runways filled with a flurry of athleisure styles, emphatically pragmatic sportswear and sexpot dresses perfect for those fish-face selfies. This is what fashion mostly has become — at least as imagined by Seventh Avenue.

READ: Meet The Designer Behind The New Royal Label Of Choice

And then Saturday night, along comes designer Brandon Maxwell with a spring 2020 collection that is all bright colours and clean lines — polished sportswear, not fussy costumes. His was a runway show filled with denim, but denim done well, denim with stylish intent, denim without the accompanying whiff of creative surrender. 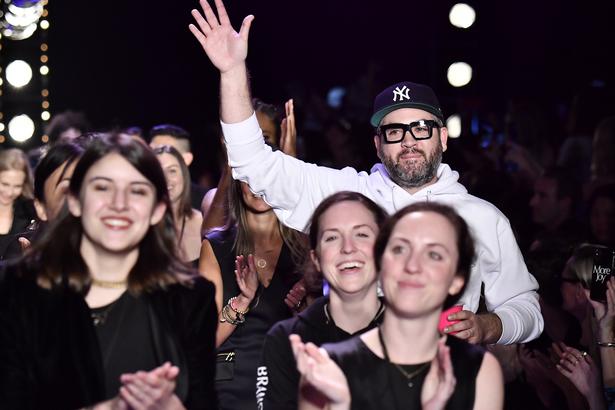 Maxwell reminded his audience how fun and welcoming fashion can be — aspirational doesn't have to mean distant and cold. It can simply refer to a joyful experience you long to have.

Maxwell brought his audience to a dark box somewhere in Williamsburg. Folks arrived to find a Shake Shack truck parked outside the venue with cooks serving up burgers and fries. Inside, giant clouds of cotton candy were being swirled onto paper cones.

The show ended with a firecracker bang and a shower of confetti floating down on the audience. Maxwell marched out to take his bows, but before he had taken more than a step or two, he doubled back to fetch the team of men and women who are the backbone to any design house — the patternmakers, assistants, seamstresses and tailors who turn his ideas into frocks. The whole lot of them paraded down the runway, smiling and waving, while Crowded House sang on the soundtrack: "Hey now, hey now. Don't dream it's over. Hey now, hey now. When the world comes in. They come, they come. To build a wall between us. We know they won't win." 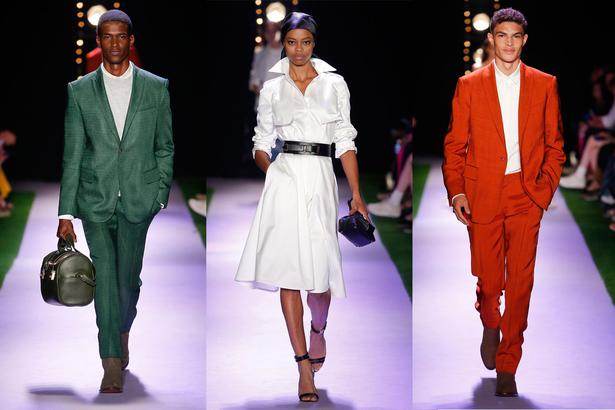 Fashion can be such a simple but powerful gesture: Here are some clothes that are meant to make you happy when world events weigh on your mind. Here are some clothes to make you feel good about yourself as you move through a world that tries mightily to make you feel darn awful. Here is the motley collection of folks who are invested in making these clothes. They're short and tall; some are a little plump and others a bit thin. They are regular just like you. They are not rarefied. Only their dreams are.

Maxwell's collection was a reminder of what can be so splendid about American fashion in particular. It's thoughtful without being dauntingly intellectual. It's beautiful but not prissy. It's sophisticated while still retaining a sense of whimsy and fun. It is very much for everyone, even if it is one single designer's personal vision. 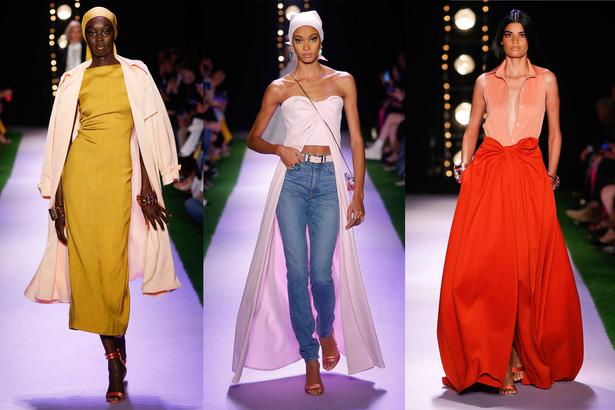 This was a collection full of bold colours — geranium, butter yellow, emerald green — but also pastels and neutrals. Maxwell added menswear to his runway and instead of sending out guys whose resting stance is that of a hungry rock star, these men were scrubbed and bright-eyed, as if they'd just gotten themselves a shot of endorphins down at the gym. They were wearing crew-neck sweaters just like the women, but that's about as far as gender-blurring went. Maxwell stuck to traditional menswear silhouettes with his suits and blazers, but tailored each piece in colours as tempting as gumdrops. He created menswear with all of its strictures and traditions intact. Still it looked both charming and relevant.

READ: How To Nail The Volume Trend

Can a designer be a centrist in this era of taking sides? Maxwell isn't playing to extremes. He's not stepping out on the edge of . . . what? Designers have seeded their runways with buttocks-revealing chaps, giant puffballs of rainbow ruffles and corsets sprouting crystal-tipped tentacles. There have also been a lot of monstrous peplums and puffy sleeves — the sort of look that might remind you of your prom if you happened to have graduated in the era of Dallas and Dynasty. 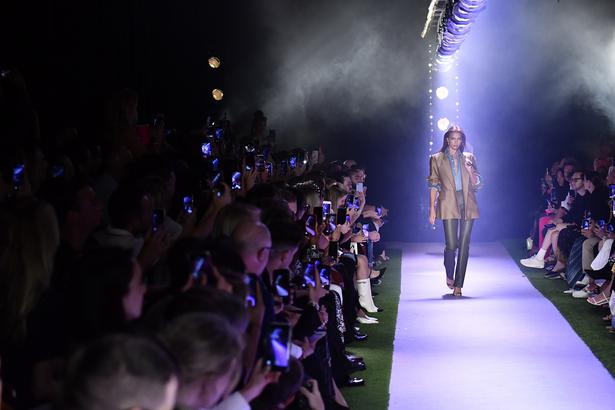 Maxwell is not giving his audience a lecture about how the only path to intellectual and aesthetic growth is through discomfort and confusion. He has not come to rip open the culture and lay its ills bare. Maxwell offers a salve for our wounds.

What Does An International Fashion Buyer Really Look For On The Runway?

We catch up with Teneille Oakley, womenswear buyer for David Jones, who’s in town to check out the local merchandise