When it comes to clothing, is there anything more special than having something no one else has? Auckland-based label Bruno’s offers impeccably crafted, one-off pieces created from unexpected materials, such as tent canvas from the late 70s, New Zealand wool blankets and windsurfer sails.

Founder Bruno Harding honed his expertise during a stint living in New York, where he worked for iconic made-to-order menswear shop Martin Greenfield Clothiers, and trained under master tailor Joseph Genuardi, whose long list of clients includes one you’ll definitely have heard of: Barack Obama.

READ: Get Up To Speed On The Latest Way To Buy Conscious Clothing In New Zealand

On returning to New Zealand, Bruno was able to focus on his own eponymous label and now spends his time meticulously repurposing found materials into cool clothing, with a current focus on jackets.

“I love making jackets as their scale allows for lots of detailing and more ways to address their functionality which is key in designing a garment for me” he says. “Vintage workwear has always been a big influence for me because the garments are driven by practicality.” 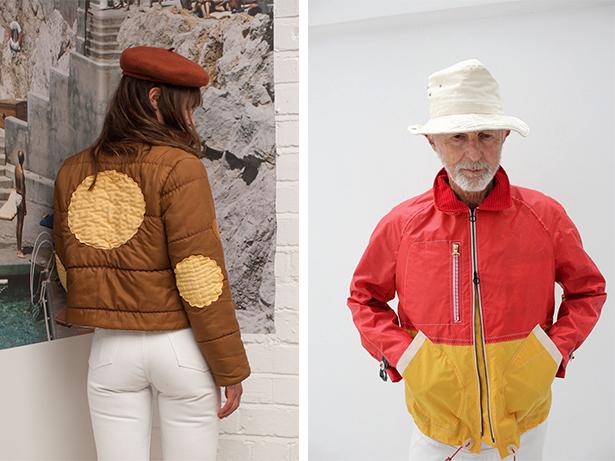 As everything he makes is one-off, jackets and coats tend to be items that can fit a range of sizes, including women who often buy his medium men’s jackets and wear them slightly oversized.

Depending on the fabric, each piece can take from three days to a week to create, and they often feature details like clever pockets or detachable vests. Coming up is a collaboration with Macpac, which tapped him to create six pieces to be auctioned in winter for the environmental charity project Macpac Fund For Good, for which Macpac has provided disused fabric from its archive.

Using found and recycled materials is important to Bruno, who doesn’t want to add to the current waste problem afflicting the fashion industry. He sources fabrics from various locations around New Zealand; markets, antique and second hand stores.

“In the long term I want to make more relationships with companies as I'm doing with Macpac and source their unused materials in a way that could benefit both parties,” says Bruno. “A simple agreement that would see less waste going to the landfills, and instead being repurposed.”

There’s also an aesthetic point of difference aged fabrics add to each garment with their time-induced fading and markings, something many brands try to create artificially with new fabrics. “Retaining these aspects of the fabric makes each garment inimitable,” he says.