Cate Blanchett is the last person you’d ever associate with the Pirelli calendar, that annual collection of titillating celebrity nudes. The likes of Iman, Gisele, Helena Christensen, Alek Wek and Kate Moss have all posed, in black and white and various states of undress, for the Italian tyre company’s soft-porn institution.

But Blanchett has agreed to launch — if not appear in — the 43rd calendar, not least because it looks nothing like its 42 predecessors. For the first time, the Pirelli calendar has moved away from its traditional coterie of young, glamorous models in favour of a more diverse range of women who’ve made a notable contribution to public life. This year’s “calendar girls” include singer-songwriter Patti Smith, author Fran Lebowitz and artist Yoko Ono. But what’s even more ground-breaking is the fact that the women are wearing clothes.

Blanchett was inspired to act as an ambassador for the calendar by her friend Annie Leibovitz, this year’s celebrity photographer. “You think of Pirelli as being a certain type of female iconography, into which a lot of the women who are being represented this year don’t necessarily fit,” she tells me. “None of them are cookie-cutter: your cookie-cutter beauty, your cookie-cutter intelligence, your cookie-cutter reach. But through the Pirelli calendar they do reach a new audience, which is what I find so fascinating.”

The variety of age, race and body shapes in the calendar is impressive. Just two of the women are nude, of their volition — Serena Williams, and comedian Amy Schumer — and neither are playing into the calendar’s traditional male gaze. Instead, Blanchett says, their nudity is “ironic”, and deliberately subverts Pirelli’s stereotypical idea of sexy.

“It’s really harnessing the female gaze,” she explains, “There are a lot of women who would perhaps aspire to the traditional form of what Pirelli has previously said is sexy. But with this, it’s the diversity and the uniqueness of all the women that’s sexy. The lack of pretension in the images is what I find sexy.”

The photos are all natural — they have not been airbrushed and show the women’s flaws in a way that earlier Pirelli calendars never did. “I subscribe to the more Japanese view of beauty, which is that something can’t be truly beautiful unless it has a flaw,” says Blanchett. “It’s the flaw that points out the perfection.”

It’s why Blanchett is generally against airbrushing in magazines. “If you’re being airbrushed to take away the very reason why you were on the cover on the first place, it seems a bit pointless. You’re there because you’re you, and if they’re trying to make you look like someone else, it’s like, why didn’t you just shoot someone else? It seems counter-productive. But sometimes it’s because people don’t know how to light. And you’re not in that situation with Annie Leibovitz.” 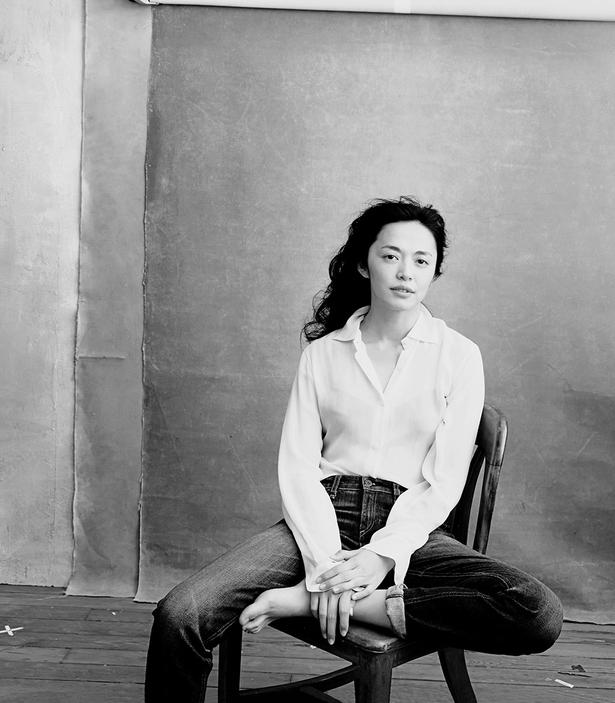 It seems timely that 2016 is the year that Pirelli has chosen to ditch nudity. Playboy magazine recently decided to end full-frontal nudity in its pages, and FHM and Zoo, famous for their pornographic images of women, have folded, and Hollywood actresses such as Game of Thrones’ Emilia Clarke have spoken out against excessive nudity on screen.

Is Pirelli just riding a wave? “It’s not a trend,” says the 46-year-old Oscar-winner. “Hopefully it’s just a move in a more interesting direction.”

The move away from nudity is something she can identify with. Blanchett admits that she’s had to turn down roles because they required levels of nudity that she was uncomfortable with.

“I’ve said no to some nude roles,” she says. “At the time, you think, maybe I missed out on something. In a way, you never say no, but it’s claiming the space where you can say no. Or, more importantly, you say why? Why are we naked here? If there’s a really good reason for it, you think, OK, that’s important. But if there’s no good reason, then don’t do it.”

She isn’t against nudity in general: “Some of the greatest works of art are nude. But it’s when it’s gratuitous or exploitative ... I think we pretend we don’t know when it’s crossing a line, but we really do know when it is.”
In today’s society, though, that line isn’t always clear — whether for Hollywood actresses, Pirelli models or teenage girls on Instagram. “It’s got a lot to do with intimacy, hasn’t it?” says Blanchett. “The lines are blurred about prizing intimacy or privacy.

“It’s a very different landscape to when I was emerging as an actress. I think there’s always pressure where people feel they have to do certain things in order to get somewhere. But you have to ask yourself, is this going to get me anywhere? Does it feel right — or icky?”

This is the formula she uses to choose her roles, and recently, it’s worked. Her performance as a lesbian housewife in Carol with Rooney Mara has been widely praised. Its only criticism: that it fell into the Hollywood trap of using straight actors to play gay roles.

But Blanchett rejects the idea that actors have to have the same sexual orientation as their characters: “I played a mother before I’d been a mother. I’ve played people with mental illness without actually having to be mentally ill. Your role as an actor is to imagine yourself in someone else’s reality.

“When you work with directors who ask you to enter a reality that you haven’t necessarily lived, it expands your sense of what it means to be human. When you work with really great photographers, like Annie, they create this world and you’re part of it.”

Now all that remains to be seen is whether Pirelli sticks with the clothing-optional approach for its 2017 calendar — or if the temptation to go back to nudes proves too great.

Let Me Entertain You: Lindi Kingi