There was a time in the late 2010s when you couldn't walk down Ponsonby Road without passing someone on the street dangling a Deadly Ponies handbag on the crook of their arm or slung nonchalantly over the shoulder.

Since its arrival in 2005 as a made-to-order business model before launching a full handbag line in 2008, Deadly Ponies has continued to move with the times, and its ubiquitous presence a decade ago has helped establish it as a household name.

Founder and creative director Liam Bowden's signature whimsy is evident across the brand's touchpoints; whether it's the radical use of colour on a supple bovine leather handbag or the custom artwork rendered on its collection of silk twill scarves, Liam's directive in exploring the brand's possibilities both as a business owner and as a designer has helped steer it into the type of localised luxury his customers find appealing.

That exploration has come in many forms over the years; whether it's the foray into retail with a timely Ponsonby debut in 2014 or its remarkable Len Lye collaboration of 2015.

It's the surprisingly joyous collab with My Little Pony in 2017 that garnered a cult-like following for its playful sense of humour.

It's the investment of staging an installation show as part of the official Australian Fashion Week schedule in 2018.

It's the introduction of its recycled and vegan leather collections, and the opening of its Melbourne store in 2021, which only reaffirmed its commitment to the full Deadly Ponies retail experience.

Come next week, a new proposition is on offer with the arrival of the brand's first shoe collection. It's a category Liam says has been heavily requested by customers for a long time.

"We have always wanted to explore footwear, and it’s an area our customers have been encouraging us to move into for a while," he says from his central Auckland workroom.

"After such a restrictive few years, we had the chance to reset and reflect, and we’ve come out the other side wanting to do something fun, and creative."

"Footwear has really challenged us, and while launching a new category can seem quite daunting, I knew it was important to take a considered approach, focusing on nailing two boot designs, and utilising the techniques mastered from our handbags and accessories." 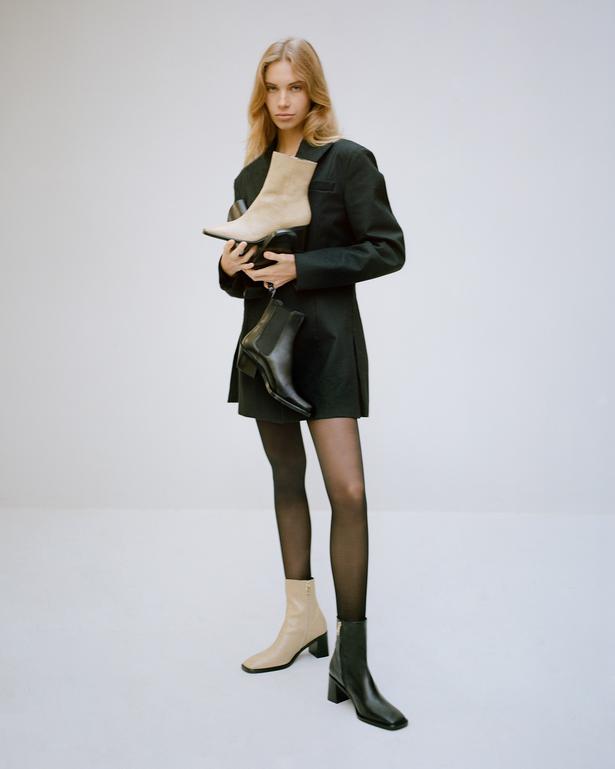 Launching next week on July 13, the two boot styles are a sensible step into the business of footwear, with Liam explaining the focus on showcasing the brand's craftsmanship was vital.

"As a further extension of our brand, we wanted to create footwear that would not only become wardrobe staples, but would showcase our Deadly Ponies’ craftsmanship, and hit the hallmarks of our brand."

"I knew a boot could do just that — our casual Rider boot, and then the classic, evening silhouette, Marengo. Both boots are handcrafted in soft Italian leathers from our sustainable suppliers, and incorporate the signature brass hardware and purple detailing that we are renowned for."

In time for winter, the boot styles also cleverly reference the equine and art world, the latter a personal passion of Liam's who has incorporated this element into the brand over the years.

The Rider boot is a sophisticated take on the classic Chelsea boot, named after Horse, Rider and Clown, a strikingly graphic painting by Fauvist painter Henri Matisse; while the Marengo boot is a chic heeled boot with a signature brass zipper that takes its name from Napoleon Bonaparte's trusty steed. In addition to classic black, Marengo's macadamia python is a chic alternative. 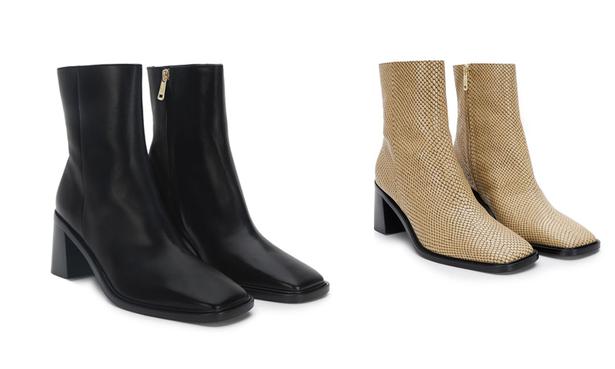 "Henri Matisse is known for his raw, sharp-edged artwork and “cut-out” designs. When designing our Rider boot, I worked closely on the shape, using Matisse as inspiration to create the chiseled square toe-tip and marquee embossment on the sole. Horse, Rider, and Clown also features a bold purple horse, which we used as a reference on our signature purple woven pull-tabs."

"With the Marengo, I love the fact that it marries together a soft, timeless look with a strong silhouette. From the block heel to the square toe, Marengo is crafted from 100 per cent leather. I think she’s a beautiful example of what intricately cut, formed, and molded leather can create."

Dedicated to responsible production practices, Liam says working with a family-owned boutique in Portugal means quality control with just two styles to begin with is a way to ensure everything is done with care and attention.

"We’ve created a small initial run of both styles to limit our excess materials," says Liam.

"Both Marengo and Rider are handcrafted with 100 per cent leather uppers and soles, responsibly sourced by certified Leather Working Group partners, who have achieved gold status."

"To achieve gold status, these tanneries must meet and be audited on vigorous environmental and factory standards, which gives us complete transparency of the supply chain, and the people behind it. For this collection, we’re working with a small, family-owned boutique manufacturer in Portugal." 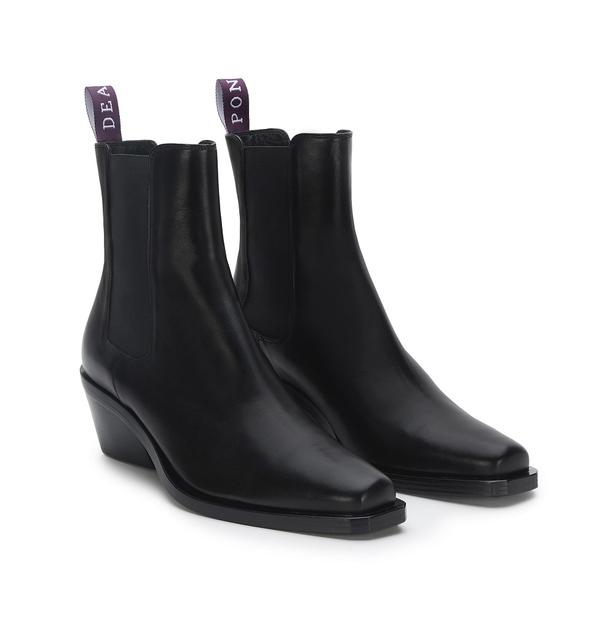 "To me, this team felt like the perfect fit for our new venture, as they operated within our code of conduct, and aligned with our quality and family values."

Like most of its offering from handbags to textiles, the introduction of new categories is a chance for Liam to flex his design muscles and explore new possibilities, taking his customers along for the ride. The most surprising aspect of this new venture? "I think the fact that there are so many different factories and teams that are involved in making the one product."

"You’ve got the last, sole unit, upper, and then the trimmings which are all individually handcrafted, so it’s a real team effort to bring each design to life. The fit of the boot has also been a big learning experience for us. We’ve had to not only perfect the style and comfort of Marengo and Rider, but ensure it is replicated across every size, for every person."

The Deadly Ponies footwear collection will be available online and in stores from July 13.