WINDEACRES SAY NO MORE
At only 4 months old when this picture was taken, Windeacres Say No More has a big future ahead of him. Nabbing third place in the Longhair kitten round at this year’s NZ Cat Fancy National Show highlights his bright future. Watch this space. Derya wears a Prada silk top, $2760, and skirt, $1300, with Swarovski earrings $89. 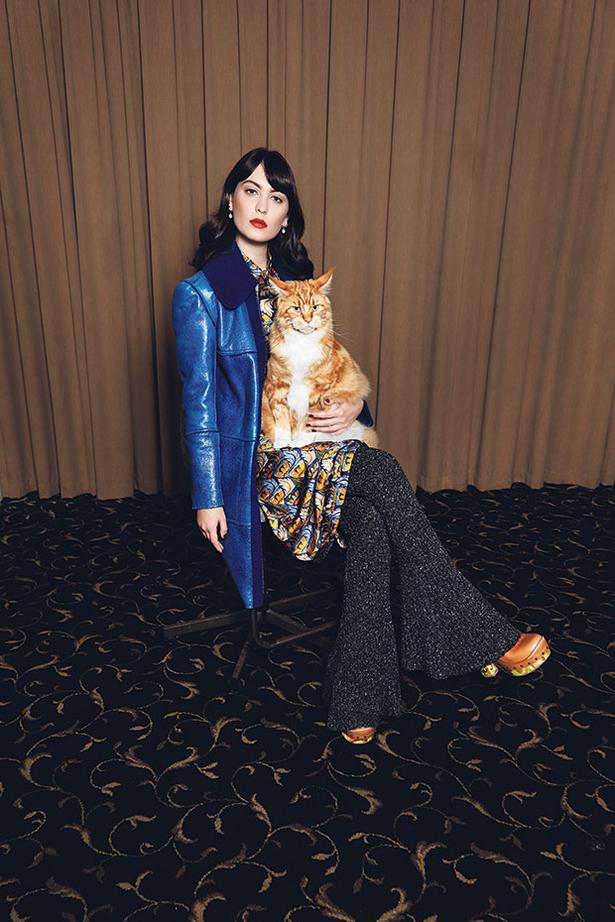 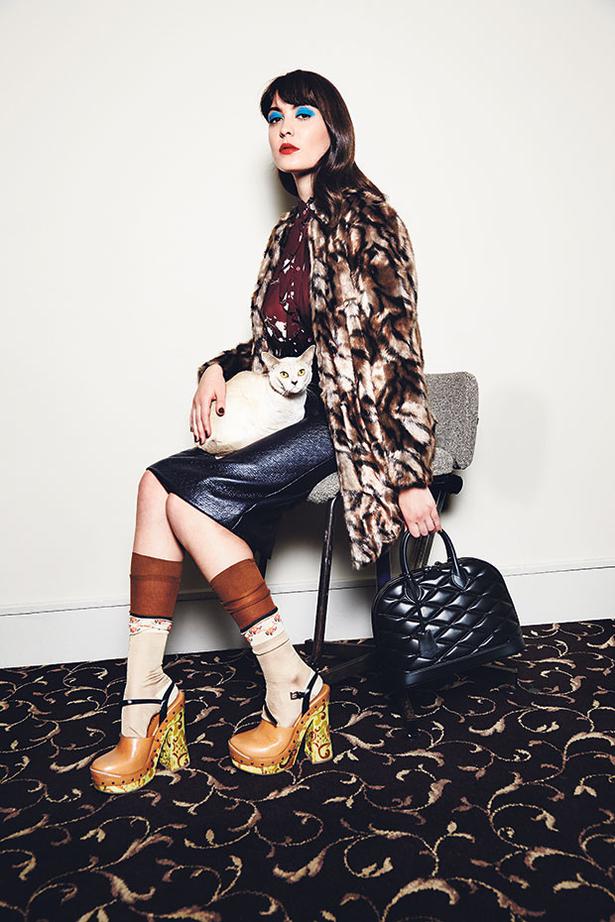 GALLERY: Behind the Scenes at our Fancy Cats Shoot 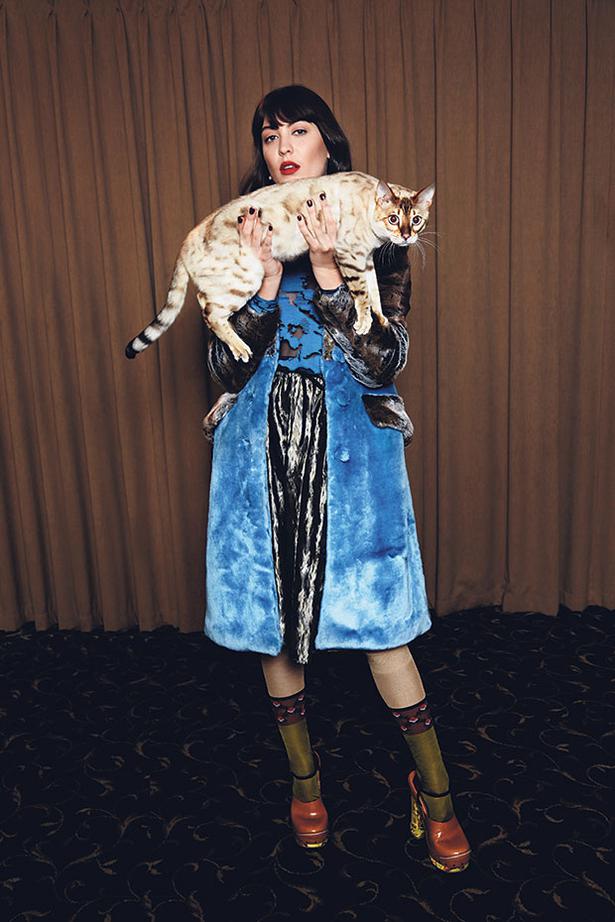 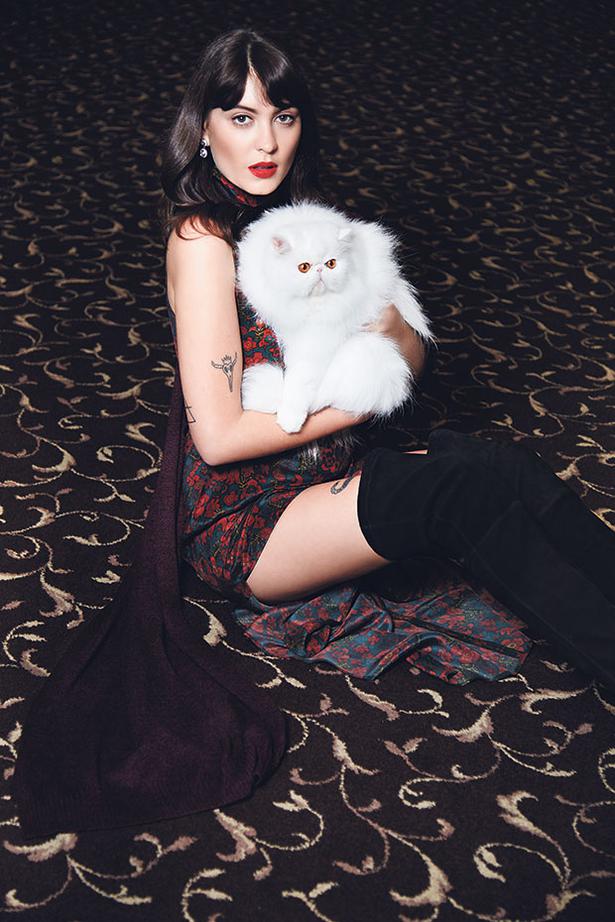 ISPISAKAT WHITE PEARL
With a name like Ispisakat White Pearl, this 3-year-old pure breed persian is the epitome of luxe. Placed first in the National Ring for the longhair cat and kitten section and highly placed in three other rings, her piercing eyes and glorious mane are her strongest features. Her snow white fur requires special attention. Why? Because she’s worth it. She is a gold double grand champion after all. Derya wears a Lonely Hearts silk dress $360. Salasai merino shawl $130. Witchery boots $149.90. Lola and Grace drop earrings $89.90. HIGGINS
Higgins dreams of world peace and fish. This strapping British shorthair competed in his first show at this year’s NZCF National Show and pretty much nailed it, winning best in show in one ring, runner-up best in show in another and two top 10 placings in two other rings. Not bad for a debut effort. Follow him on Instagram. Derya wears a Prada jacket, $2930, blouse, $850, and heels $1380. Karen Walker jeans $405. Louis Vuitton Petite Malle bag $7300. 9ct gold earrings $625, from Stewart Dawsons. 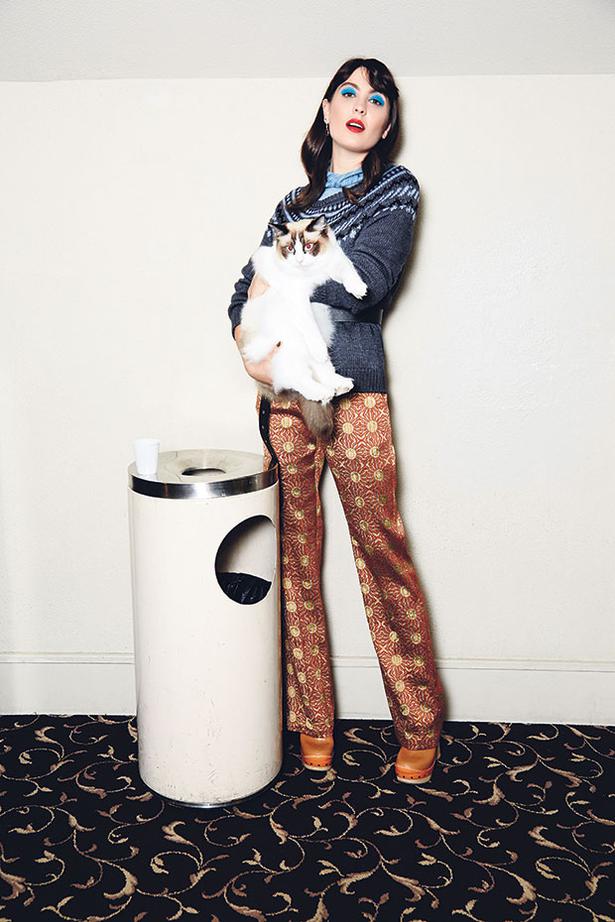 MARCUS
Kate Moss who? When it comes to offbeat nonchalance, cats like seal bi-coloured ragdoll Marcus, aka Champion Newsflash Rumour’s Run Riot, do it better. Awarded Best Breed of ragdoll, third best in show and a Breeders Award Merit in The National Cat Show ring, Marcus has had an outstanding show career so far at only 1-year-old. Floppy and placid when picked up, he’s inherited that classic ragdoll trait that says “Whatever man”. Now that’s one cool cat. Derya wears a Sylvester jumper, $240, over Penny Sage top $240. Dries van Noten pants, $985, from Scotties. Stolen Girlfriends Club leather belt $149. Prada heels $1380.