Fashion and film have long enjoyed a symbiotic relationship. In the studio era, films frequently featured a “Gowns by” credit — a sure signifier of escapism in the form of sparkling apparel — and directors such as Mitchell Leisen and Vincente Minnelli started out as costume designers.

Fashion designers Coco Chanel, Jean-Paul Gaultier and Yves Saint Laurent have done costumes for films, to say nothing of the role fashion designers play every year at the red carpet.

In recent years, fashion and film have become even more interconnected, as fashion designers have begun to branch out into directing. In 2009, Tom Ford, a designer known for his glamorous clothes and provocative ads, directed his widely acclaimed debut, A Single Man.

These four designers each bring a distinct sensibility to their films, with varying degrees of success. At first glance, this doesn’t seem like the simplest shift — it seems far more intuitive for, say, a fashion photographer to make the transition to directing than a fashion designer.

Although their movies are far from perfect, Ford, Agnes B. and the Mulleavy sisters have all made visually assured debuts that confirm the designer-turned-director as more than just a novelty.

Fashion will probably always operate on a level of fantasy and high prices, but the 2000s saw the fashion world expand its horizons with reality shows, designer collaborations with lower-priced retailers, and the shift to actresses and pop stars, rather than models, on the majority of magazine covers.

The designer-turned-director is part of this trend of high fashion becoming more mainstream, and the increasing cross-pollination between fashion and other art forms.

A Filmmaker magazine interview with Ford, timed to A Single Man began, “Tom Ford may be the first fashion designer to cross over to the role of film-maker.”

A Single Man, an adaptation of a 1964 Christopher Isherwood novel about a middle-aged professor attempting to cope with the death of his long-time partner, featured a poignant performance from Colin Firth and evocative 1960s imagery. 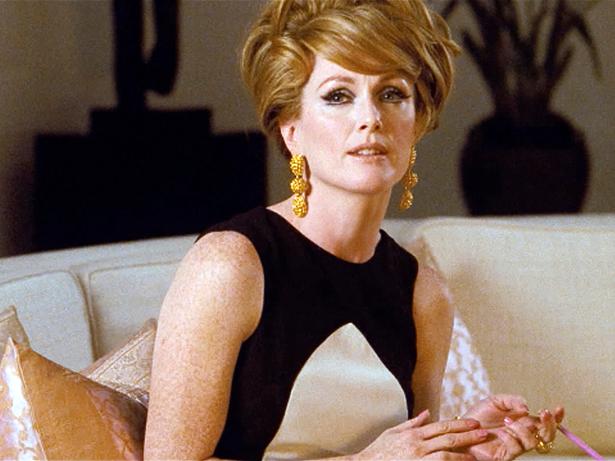 The film was stylish on the surface (the least one would expect), but it also packed emotional power, securing an Academy Award nomination for Firth. It had reach beyond the fashion enthusiast crowd while drawing on the director’s talents.

As Ford explained in the interview, citing Fritz Lang, Alfred Hitchcock and Vittorio De Sica as innate aesthetic influences: “In fashion design, I catalogue things, and they go into my mind in a sort of file cabinet, and when they come out again, I never realise where exactly they came from.

And hopefully they come out with a certain personal stamp. It was much the same way with the film.”

This mode of cataloguing, of pulling visual elements from a variety of sources, can be found in the Agnes B. and Rodarte films as well.

Agnes B. is an avowed cinephile who has previously produced films by the likes of Harmony Korine and supported productions by directors including Claire Denis and Gaspar Noe. 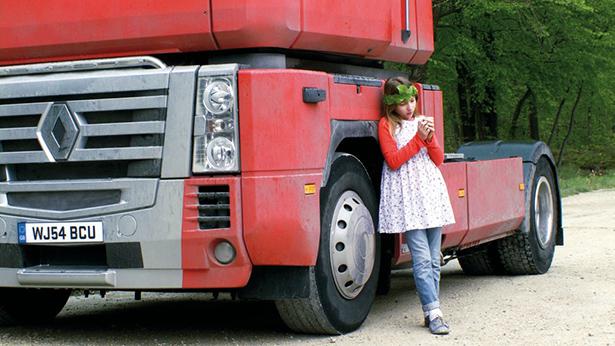 A scene from "My Name is Hmmm...," directed by designer Agnès B. Picture / Love Streams agnès b

My Name is Hmmm ... draws on the experimental elements of the French New Wave, as well as the isolated landscapes of Michelangelo Antonioni, to create an understated tale of a young girl who escapes an abusive father by running away from a school trip with a kindly truck driver.

Talking to Film Comment magazine, Agnes B. said she wanted to keep her design “completely separate ... I didn’t want to be promoting my clothing in the film.” Still, style plays a role: “You can style everything,” she said.

There’s evidence of this impulse in the brief, jarring interludes when the film shifts aspect ratios while showing the world through the character’s eyes.

Woodshock, the latest entry in the designer/director cannon, has a dreamy, gauzy aesthetic familiar to anyone who has seen Rodarte’s designs. But the film makes far more of an impression with aesthetic than it does with story.

Its weighty themes of grief, drug use and guilt feel more like shadows of potential drama as the audience is kept from ever really getting to know the characters.

Rodarte muse Kirsten Dunst plays Theresa, a woman who works at a marijuana dispensary and spins into a disorienting depression after helping her sick mother die with a spiked joint.

Much of the film finds Theresa wandering through the woods and her mother’s home in a haunted haze. Similarly, in Ford’s sophomore feature, Nocturnal Animals, the on-screen action was lurid, but the story, a tale of marital deception filled with eye-rolling twists, didn’t hold up.

If A Single Man was a film one could enjoy without any familiarity with Ford’s designs, Nocturnal Animals played like how someone who dislikes fashion would imagine a fashion designer’s film — too glossy, too self-satisfied and ultimately silly.

What’s most interesting about Woodshock is the way it feels like a piece of the Mulleavy sisters’ design work.

Their clothes, much like the misty landscapes on screen, experiment with texture and appear delicate and wood nymph-like rather than explicitly glamorous and sparkling.

Flowers figure as prominently in the film as in their gowns — a kind of feminine memento mori. As Laura Mulleavy says in an interview with W magazine, making a film has “made me a lot more confident as a designer”.

Too many films today are lacking in visual style, with the proliferation of cold-looking digital photography across genres and the blockbuster’s reliance on CGI explosions. More fashion designers should make this artistic leap.

Their films may not always be great, but with their experience creating fantasies out of fabric, they show that a well-framed shot can have the same sensual appeal as a well-draped piece of couture.