Issues: A History of Photography in Fashion Magazines is a richly illustrated tome showcasing the ground-breaking photography of fashion magazines over the past century

When American photographer and photojournalist Lee Miller’s haunting photographs of bodies in a concentration camp and Nazis who had committed suicide appeared in the pages of American Vogue during World War II, it changed the discourse around what fashion magazines stood for.

For acclaimed photography critic, writer and curator Vince Aletti, putting a mirror up to reality was an opportunity for the influential magazine to set aside the fantasy and escapism it had been known for, and to reflect on what was happening in the world at that time.

READ: How The Gentlewoman's Penny Martin Is Redefining 'Women's' Magazines

“American women could not ignore what was going on in the war,” Vince told the Wall Street Journal this month. “The magazines stepped up and understood they were part of the ongoing lives of their readers. Women were working in a way that they had never worked before, and all these kinds of restrictions on clothing and food and all these things that the magazines had to acknowledge.” 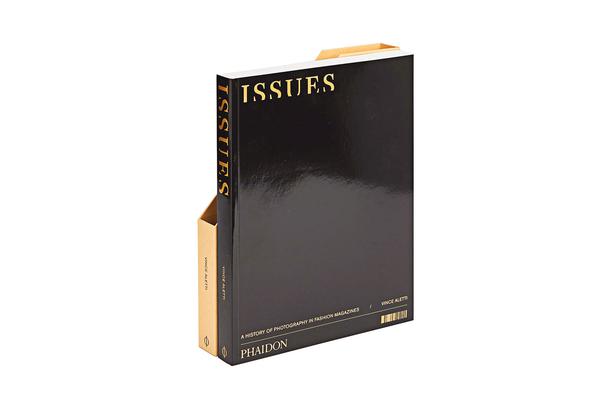 Issues: A History of Photography in Fashion Magazines. Photo / Supplied

His latest book Issues: A History of Photography in Fashion Magazines is a richly illustrated tome showcasing the ground-breaking photography of fashion magazines over the past century, revealing images rarely seen outside their original context. It is the first survey to explore the history of photography through the lens of fashion magazines, spanning the years 1925 to 2018.

Vince, who worked as art editor and photography critic for The Village Voice from 1985-2005, also reviewed photography exhibitions for The New Yorker and has contributed essays to numerous publications on photography and fashion. Photographs of magazine layouts feature in the book, including American, British, and French Vogue, Harper’s Bazaar, W, Details, Purple Fashion and The Face, accompanied by Vince’s informative critique.

The book also puts the spotlight on more obscure fashion photographers — Melodie McDaniel was one of only a few women of colour working in fashion photography during the 90s; and Hermann Landshoff, a German expressionist photographer who captured the fashion and youth of post-war Germany, are both featured in the book.

• Issues: A History of Photography in Fashion Magazines published by Phaidon (2019), $150 from Phaidon.com.

Add these stylish new tomes to your bookshelf.

Linda Herrick, the Herald's award-winning arts and books editor, loves reading so much that books are taking over her home. As ...