Throughout most of my adult life, three lessons have stood me in such good stead they seem reassuringly immutable. One: celebrity parties are never fun. Two: avoid London Tube’s District and Circle lines at all times. Three: steer clear of white handbags.

These might all seem a bit boundaried, but there’s something comforting about rules you don’t even have to think about. Just look at the certitude in some quarters for the wackiest conspiracy theories and nuttiest political dogma.

But here’s the thing. Although opinions formed in your teens and early 20s can be the most inflexible (there’s a part of me that thinks The Sound of Music is the greatest movie ever made, whatever the empirical evidence to the contrary), fashion requires an open mind. 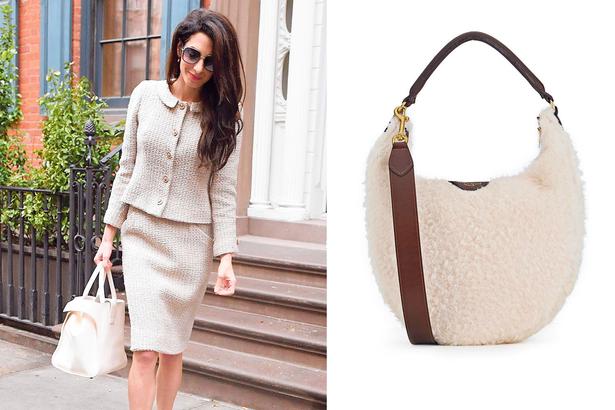 WHITE BAGS
Who would have thought that these would become the acme of chic. It is impossible to say whether this is down to Amal Clooney carrying one, or the £10,000 ($18,500) someone paid for a teeny Hermes Pochette wallet in a Christie’s auction last December (the very same Pochette I’d earmarked for myself on the basis that no one else would want it in white so it would go for a song) or the runaway success of Ma’am Darling, Craig Brown’s wickedly compelling portrait of Princess Margaret, which has turned the royal, and by implication, her extensive collection of white handbags, into cult heroines.

The upshot is that white bags no longer visually jar. There is nothing Essex about them (Sussex however is another story — Meghan’s a fan). Au contraire, being quite susceptible to dirt, they are the epitome of luxury. One colleague places hers in a dust-bag before popping it on airport security conveyor belts — a duty of care we owe to all our possessions.

My attachment to white handbags got me thinking about the other hitherto verboten items that are now pride of place in my (and many others’) affections.

Cynics will say this merely demonstrates how fickle is fashion. I think it’s far more enlightened to see it as proof that you have to be exceptionally flexible to enjoy it.

PLATFORM SHOES
In rural Britain in the late 70s and 80s there was not, it’s fair to say, a huge amount of choice in affordable footwear. For two of my most formative years, fashion-wise, there was only one hideous platform design available, in brown “pleather” with so much rubber sole you’d have thought Goodyear had bought the entire country.

I couldn’t look at a platform shoe for years after, which is self-sabotaging when you’re only 1.62m. When I learnt that platforms made Manolo Blahnik feel faint from their sheer ugliness, I knew I’d been on the right track. Then I met Prada’s velvet platform sandals in about 70 different colours. If only there had been a Prada in Poole in 1979. Obviously I wouldn’t have been able to afford them but it would have given me something to aspire to. 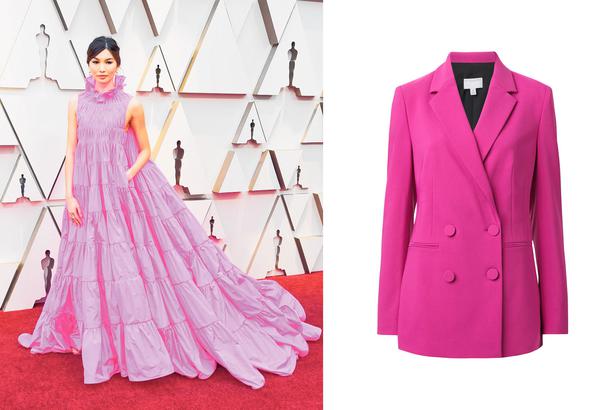 FUCHSIA
Hijacked by Disney and daubed on every “accent” wall in the late 90s, fuchsia or cyclamen pink became so infra dig even the flowers that inspired these shades fell from grace. Gemma Chan changed all that at the Oscars this year in that ravishing flouncy Valentino ballgown.

Turn up the dial a little and you have neon pink, which looks almost punk. Wear it with black, red, orange, khaki or yellow.

COSMETIC SURGERY
Never, ever, ever. That’s what we used to say in the offices of every magazine I worked for in the 90s and 00s. “That’s because none of you need it — yet,” said Liz Tilberis, the shrewd editor in chief of British Vogue. By the 2010s, Botox and fillers were becoming commonplace in those same offices. I’m as unenamoured of the frozen “pillow face” as ever I was.

But I now know tweakments don’t have to look obvious. Actor Robin Wright calls hers “sprinkles” and says everyone in Hollywood has them. Treatments that inject hyaluronic acid into 10 points on the face to subtly plump, lift and improve texture? Bring it on. Also, when there are amazingly effective topical lotions, the divide between invasive and non-invasive becomes ever more nuanced.

FLARED TROUSERS
In you were an aspiring punk, as I was, flares were about as cool as singer Val Doonican. I didn’t go near them for 30 years, because while they waxed and waned on the fashion scene and were even championed, quite frequently, by Kate Moss, there’s a teeny but vital part of my frontal cortex that is forever 1977, and I just couldn’t go there.

Gradually though, I began to discover the right kind of flares (high waisted and leg-elongating, flaring from the knees or mid shins) and the right kind of shoes (massive platforms). Your legs will look endless. This is why flares are now a classic.

BLUE KOHL
If there’s one thing glossy magazines agreed on in the early 90s it was the naffness of blue eyeliner and kohl. So Dynasty.

READ: 6 Bright & Bold Makeup Looks To Get Playful With

Bobbi Brown signed us all up to a brave sexy new universe of nude shades. The beauty of beauty now though, is how much more diverse it has become. Whatever your modus operandi — from natural to full on kaburi — there’s a talented beauty blogger out there able to show you how to achieve it. Which is how we know that navy and cobalt blue liners can look as dramatic as black, and often be more striking and flattering. TURBANS
The screen legend Liz Taylor was in full turban mode during my nascent fashion education. So was the impeccable Princess Grace. And that’s the trouble.

To a teen, both these formidable figures seemed as relevant as Violet Creams. I filed them under Camp Diva, and didn’t reopen the drawer until recently. I find the idea of Camp Diva more and more appealing. Can’t imagine why. Then again, turbans and turbanettes are having a moment for all ages — so chic with a plain dress and minimal jewellery.

SOCKS WITH SANDALS
Socks with sandals started to shed their shame when Miuccia Prada made them part of her signature look circa 2002. Arguably, the main appeal of the TV adaptation of Elena Ferrante’s My Brilliant Friend novels is the juxtaposition of sock and shoe. Put simply, this is the only sensible way to tackle a northern European summer. The combination became so popular, it spawned a whole new footwear category. The sock boot.

READ: Stylish Socks To Add Pizzazz To Any Outfit

PONCHOS
I blame my poncho phobia on my grandmother, who brought me back an all-too authentic one from Peru at a pivotal moment in my style evolution. Obviously, I had to try it on in front of her, and what I saw in the mirror wasn’t good. A height-challenged Clint Eastwood. This when I had no desire even to look like a full-grown Clint.

But fashion has turned the poncho into a wondrous cashmere-y, trans-seasonal layering essential that doesn’t even necessarily wreck your hair. Find one with a front opening and all your hot-cold office woes will be solved. 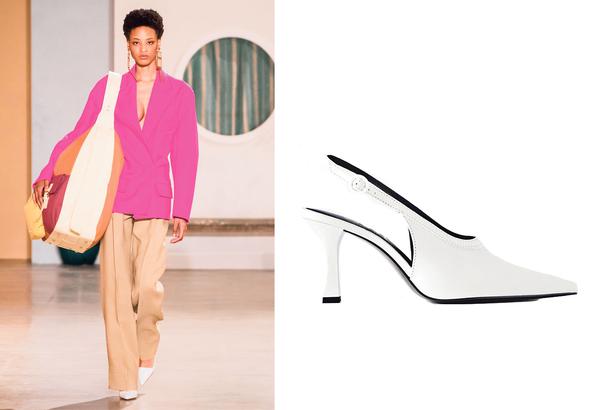 WHITE SHOES
If there was one thing you could rely on in life it was the irredeemable tackiness of white shoes. In the late 90s, Helmut Lang attempted to rescue them from fashion Siberia. It took another two decades before they gained residential status on planet fashion. Now they have their passport, you’ll hear words like “fresh”, “pop” and even “classic” used about them.

And some no-nos I’m coming to terms with . . .
Popsocks (thank you Gucci, but more time needed); baseball caps (Tiffany Trump has such a good time in hers she even wore it nightclubbing in London but nope, not convinced yet); white ankle boots; leopard-print (only on myself, you carry on); nail art (yes, I know it’s ironic but . . .), tattoos (so old school of me but I can’t help it), transparent bags (is there no respect for privacy?).