Another year, another book about the allure of the French Woman. In the tippy-toe footsteps of last year’s How to Be Parisian (Wherever You Are); 2013‘s How to Be Chic and Elegant: tips from a French Woman; 2012‘s Lessons from Madame Chic; and 2011‘s Parisian Style Guide by Ines de La Fressange comes Love, Style and Life, from Garance Dore, the illustrator who became a street-style photographer and then blogger.

The news angle on Dore’s oeuvre is that it’s good - likeable, inclusive and mainly devoid of the cliched drivel in some, though not all, of the above.

Dore has an individual take on style and she’s funny. She also refrains from banging on too much about La Parisienne: she’s lived in New York for the past five years and freely admits to borrowing plenty from that city’s style armoury. Interestingly, she regards the fashionable Manhattanite’s quest for perfection as far more intimidating than what she sees as the laissez-faire approach of the Parisian.

“Women in fashion in New York, they’re not just skinny. They’re New York skinny, meaning thin to the brink... it was cute to be the only Parisian at a table of New Yorkers at first. They would watch me rip off another piece of bread, order a glass of wine and dessert, and ask me my secret to staying slim... then I started giving in to some of the conveniences of the New York lifestyle. Eating out, ordering in. Never ever cooking. Jumping into cabs and elevators. Walking around with my latte. Snacking at any time of the day... all of a sudden I stopped being so smug at lunch. I had gained weight like I’d never gained weight before.”

Dore’s internationalist perspective makes her book fresh. This is her on saying thank you: “In my world, the thank you note is a pretty important thing... somebody sends you flowers to say thank you... you should thank that person for the thank you flowers. And you might - I mean IT’S NOT IMPOSSIBLE, but you might receive a thank you note thanking you for your thank you note. I swear. At the very least you might get a thank you email. The last one standing wins? That’s the way it plays in New York. I am not sure about thank you note practices in Paris, but I don’t remember being thanked that much. Not at all actually.”

For Dore, manners are part of style too, which just shows what a global citizen she is. For the four women who collaborated on last year’s How To Be Parisian, French manners are a complex web of neurotic tics: their Parisienne is a classic brew of quivering (hence thin) highly strung neurons attached to a perfect black handbag, probably by Saint Laurent or Chanel (La Parisienne is emphatically not an internationalist when it comes to accessories). If you have a low tolerance for rudeness and self-obsession, How To Be Parisian will irritate the hell out of you. But you will also find yourself sneaking style tips from it, because they’re rather good too. Merde. 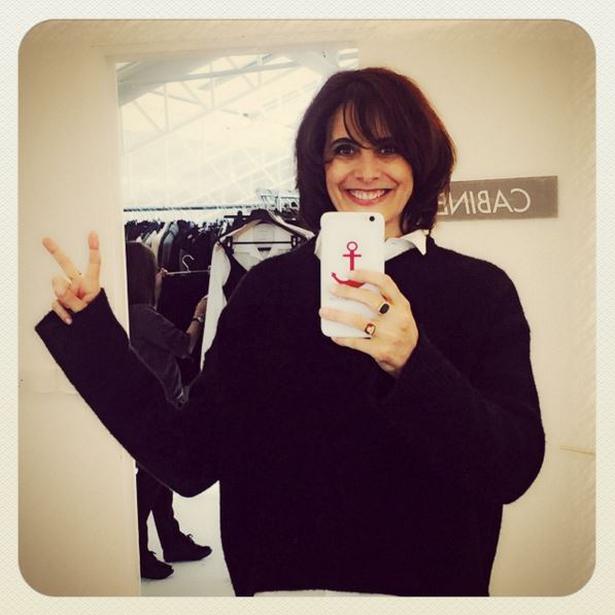 Ines de La Fressange’s offerings, on the other hand, are winsome, as is she, but also extremely practical. De La Fressange is Frenchness made as palatable as a Breton T-shirt. She’s an anglophile, which helps ease us into the inevitable cultural cringe - the Anglo Saxon female’s traditional position when confronted with anything preceded by the word French - and she has a humour and lightness of touch, combined with apparently inexhaustible advice, some seemingly extravagant but a surprising amount of it frugal (the French woman’s way).

Her 2011 guide to French style was a best-seller in her home country and sold healthily abroad. This pony is set to run and run.

History doesn’t record the precise moment at which France was accorded Chicest Nation on Earth award. Spring/Summer 1067 is my guess, although the well-travelled Bronze Ager may have returned from wandering round Gaul with tales of how brilliant the women there were at tying scarves.

At any rate, from the sounds of things, as far back as 1521, Anne Boleyn, newly installed under Henry VIII’s kiss-of-death gaze and exotically fragranced from a stint at the French Court, had perfected an excellent line in French snootiness. According to Hilary Mantel, she possessed “an alluring strangeness... [she was] not a conventional beauty, but vital, polished and glowing”.

How much of this is 21st-century projection is hard to say, since, as Mantel points out, “Even now, Englishwomen envy the way a Frenchwoman presents herself: that chic self-possession that is so hard to define or imitate.”

Too true. A lot of what passes for intel on the French woman is twaddle, as many national stereotypes tend to be. But it’s twaddle we - and the rest of the world - lap up. If anything, with popular culture increasingly dominated by plastic, mass-produced beauty and crass celebrity, the idea of Frenchness, with all the aloof, quixotic and refined sheer bloody-minded non-ness implied in that, is more important than ever, not only to the outside world, but to the French themselves.

In an era of excess, Frenchness speaks to a certain kind of abstinence - but also of a noble refusal to compromise on quality, as well as the confidence to resist tacky gimmicks. A common point in all these books is that their authors would never be caught in elaborately embellished jeans, too much make-up or fake anything.

The flow of books counselling us to act like a French woman, whether it’s buffing our nails (whatever you do, don’t have a French manicure) or boffing our kids, continues unabated.

De La Fressange has a shopping guide to Paris. One of her best tips is to buy euros 20 webbed watch-straps. She recommends a place near the Faubourg St Honore, although, with characteristic sang froid, omits to point out that among the webbing, this shop also sells watch-straps made of elephant hide. Farmed elephants, as the website points out. But still, elephants. I can’t bring myself to publicise it. Probably because I’m a sentimental, squeamish Brit.

Next March, de La Fressange will bring out a sequel to Parisian Style Guide, called Secrets of Parisian Chic... she is becoming a one-woman chic/style franchise. Power to her.