It was after visiting family in the States that Melissa Gardi returned home with the idea for her next project.

“My awareness of how extraordinary New Zealand is was completely heightened. We’re brimming with talented creatives, makers, and artists.”

The thought helped shape the former magazine editor’s mission to give back to the community, in the form of a new not-for-profit framework called Great Full, which just launched.

It teams up local designers and makers to collaborate on a limited-edition collection with all profits going to a charity aligned to it. The product will be produced sustainably in New Zealand and sold online.

“It’s a way to bring people together to create something in an area that is their industry but that they don’t usually do,” says Melissa. “Further than that, it’s a way for us to celebrate the amazing creativity and innovation that comes from this country.” 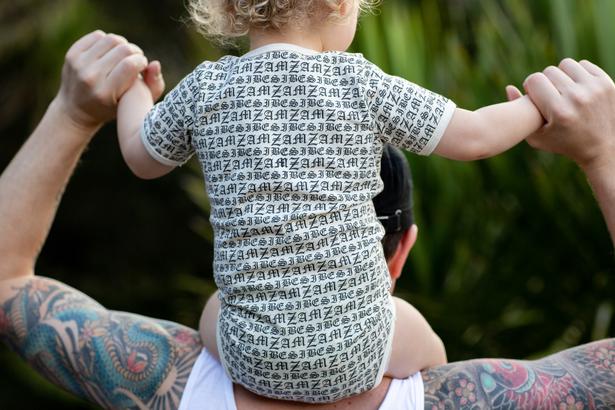 The first collection is a series of designer baby onesies — a “quite funny thing to start with as Great Full grows up”, she says — and features prints from five Kiwi designers: Zambesi, Juliette Hogan, Nom*D, Trelise Cooper, and Twenty-Seven Names. All profits go to Starship children’s hospital.

Despite the designers not having previous experience creating babywear, Melissa says no one hesitated after she explained her reasons for the collection.

“They all said ‘we don’t do babywear but this is a definite yes for us’. It’s aligned with the purpose we have as a business,” she says. “I really don’t have a problem approaching people with what I’m trying to do.”

The onesies are made from GOTS certified cotton from Melbourne (New Zealand’s last factory closed down last year), screen-printed in Otara, manufactured in Henderson, and sent in compostable packaging if purchased on the website. They will be stocked in the designers’ stores and in the neonatal unit at Starship.

The second and very different Great Full collection will be a line of trucker hats. These will feature designs by craft breweries around the country with profits going to the Mental Health Foundation.

Also on the Great Full website will be video interviews with each designer, sharing their inspiration behind each collection and what they are grateful for.

The project is clearly close to Melissa’s heart. The idea to launch with babywear is tied to her love for her young daughter Isabella Lubov, who she had in her 40s after a long journey with IVF. 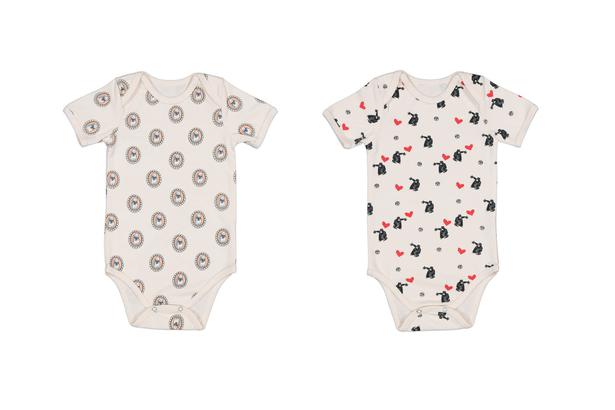 “After having my daughter, everything changed for me,” she says. “I thought it was time to do something different. I didn’t know what that was straight away but I think we all want to do something meaningful at different points in our lives.”

With the support of her husband (the reason behind her move to New Zealand from the States) Melissa has launched Great Full with no outside funding and in addition to part-time work.

She says its “bigger message” is around the daily practice of gratitude and being able to take time to look outside of yourself.

“We’re hardwired to see the bad things in life but there’s a value of practising gratitude . . . ” she says.

“It’s been overwhelming to see how open and inspiring everybody involved has been around me. This will only be successful and make a significant amount of difference for New Zealanders by all of us coming together.”