In an ambitious press conference with 24 of the world's fashion editors across five continents, Gucci's creative director, Alessandro Michele, speaking from his office in Rome, said that Italy's lockdown had given him some vital time to think. “Fashion has really changed and we're not doing things just for people in the fashion world anymore. Fashion is now like Woodstock - it's opened up and the old system doesn't work.” 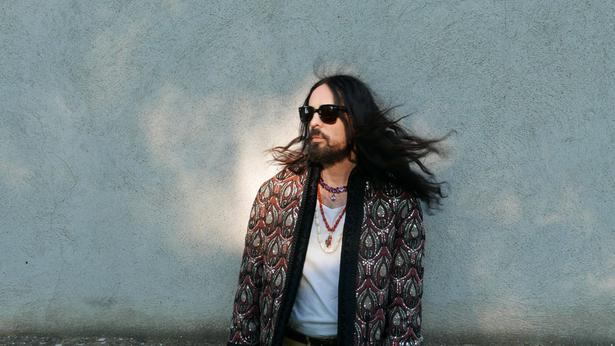 Gucci creative director Alessandro Michele says Gucci is a big company and we have a responsibility to support crafts and to show them in the best possible environment." Photo / Gucci.

So, it's arrivederci to the traditional, outmoded nomenclature. “Capsule” collections and “pre-Collections” are terms that confuse even industry insiders and mean nothing outside. His two collections a year will not be called spring/summer or autumn/winter but will probably retain elements of both in each. Fashion sells globally so it makes sense to ensure that all collections contain both cotton dresses and warm coats as it's always summer in one of its markets.

He was vague as to what form future shows will take - digital or physical - although he was clear that Gucci will not be showing this September. “We've been closed down for three months so it's not practically possible.” It seems likely, though, that there will be physical gatherings. “Gucci is a big company and we have a responsibility to support crafts and to show them in the best possible environment.”

1/6 • “We could never have imagined to feel so connected to life through a bond of trembling and heartbreaking tenderness. We could never have thought to reconnect, so deeply, with the fragility of our creatural destiny. Our need for reciprocity. We turned out to be so small. A miracle of nothing,” We Turned Out to be So Small, March 29, 2020. @alessandro_michele wrote a diary in these months, ‘Notes from the Silence’. #AlessandroMichele. Read the diary entries through link in bio.

He also pointed out that the company's size means it has tremendous influence. Already many brands are talking about cutting back waste by - radical thought - producing less and delivering it to its specific market at the right time and returning the sales to a more logical date in the calendar - ie late July for summer sales, after Christmas for winter. Gucci doesn't markdown, but this will give it longer to sell at full price before removing its product from the shelves. 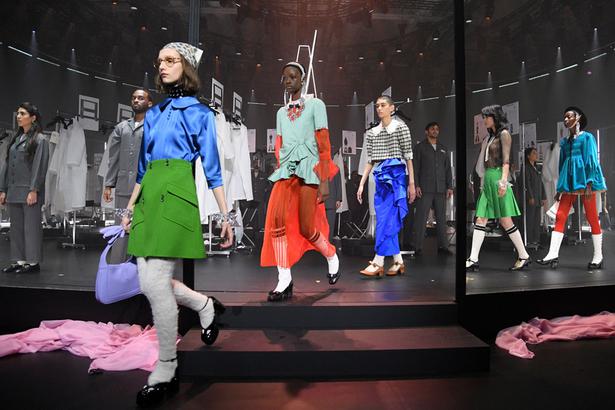 Gucci's most recent show in Milan for its autumn/winter 2020 collection. Photo / Getty Images.

The move makes Gucci a trailblazer among luxury fashion houses grappling with how to move on from Covid-19. Other brands questioning the status quo - a system engineered before digital platforms and globalisation rendered the ideas of exclusive access and seasonality irrelevant - include Saint Laurent, which will sit out Paris Fashion Week in September as part of a broader reconsideration of its approach to showing collections. Both Saint Laurent and Gucci are owned by Kering, the French luxury conglomerate.

READ: Whatever Happened To Sex In Fashion? Gucci's Alessandro Michele On The Rise Of Geek Chic

Belgian designer Dries Van Noten, joined by a “forum” of like-minded designers and retailers, has also shared proposals for how to reshape the fashion system in the wake of Covid. Suggestions from his open letter to the fashion industry include aligning sales with actual seasons, and limiting waste and over-inventory.

Michele’s musings - in the form of a diary -  also took in his concerns for the environment. “Now that the devastation caught us unprepared,” he wrote, “we have to think about what we would not want to be the same as it was. Because the greatest risk, for our tomorrow, is abdicating our responsibility for a true and necessary discontinuity. Our history is littered with crises that taught us nothing.”