The Duchess of Cambridge attends a service of thanksgiving to celebrate the Jubilee wearing Emilia Wickstead. Photo / Getty Images The Queen marked her 70th Jubilee over the weekend with a range of events and festivities, and one standout moment was the Duchess of Cambridge looking like a ray of sunshine at the National Service of Thanksgiving to celebrate the occasion at St Paul's Cathedral in London. The colour evokes the celebratory mood and showcases why New Zealand designer Emilia Wickstead is a favourite for the Duchess with its crisp tailoring and attention to detail. It also displays how Kate is stepping things up when it comes to using fashion as a form of communication which the Royals — especially the Queen — have used to their advantage.

Off the back of season four of Stranger Things debuting last week on Netflix, the union between the actor and the American fashion stalwart feels natural, reviving everything we loved about the brand in the 90s — the brand's offbeat glamour with a nod to vintage and of course one of the coolest faces from the era Winona Ryder. The campaign focuses on the brand's newest handbag style the J Marc shoulder bag, with Winona also donning its popular Kiki platform boots. Even better, we love how the campaign has been photographed by another muse and cool girl Harley Weir.

We love an upcycled blanket moment at Viva, and we're excited to see a limited collection of blanket jackets lovingly resorted and created by local designer Marina Davis via her Auckland-based label Ovna Ovich.

Available to pre-order now for a June 15 launch, the collection of jackets is made-to-order using repurposed blankets. Marina's approach to a slow and considered way of designing has filtered into this first look at her winter collection, inspired by the 1970s New Zealand household woolen blankets Marina used when spending weekends with her family down South in Toko Mouth — a small village south of Dunedin. She has also worked with ceramicist Saskia Nicol to create one-of-a-kind ceramic buttons.⁠ 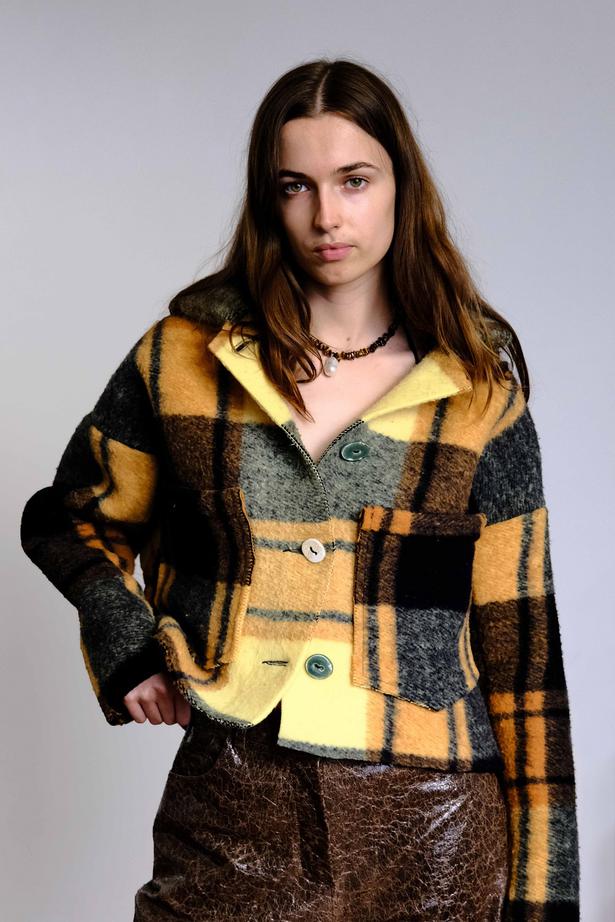 It's a case of 'in with the old, out with the new' for Kim Kardashian, who bid farewell to KKW Beauty (and her double-barrelled last name) to make way for her new skincare line, which reflects her own elaborate skincare regime. SKNN BY KIM launched over the weekend, but celebrations turned to controversy when it was revealed that the brand name shares similarities with two Black-owned beauty brands: Cyndie Lunsford's SKKN+ and Lori Harvey's SKN by LH. Lunsford launched SKKN+ in 2018, and filed for a trademark for her brand on March 28, 2021, and Kardashian received a cease and desist letter from Lunsford's team after she filed a trademark for SKKN in August 2021. As can be expected, Twitter blew up, with a number of users commenting the launch is "an attempt to steamroll a small minority business".

She's been pegged as one of the original beauty bosses, but now Glossier founder and executive chairwoman Emily Weiss is passing on the baton to Kyle Leahy, the brand's former chief commercial officer and now, CEO. In less than a decade since its launch, Glossier has grown from a capsule collection of four products to become one of the most-hyped beauty brands globally. Emily took to Instagram to share the news with Glossier's 2.6 million followers, explaining that Kyle is "exactly the kind of empathetic leader all companies would do well to have in such a dynamic world, right now." She also shared the news on Glossier's blog, adding that fans of the brand can expect to see a newly revamped New York flagship store opening in SoHo in 2023.

Lily Collins follows a beauty formula that just works. Rarely seen without her signature, enviably fluffy brows, winged liner and a punchy red lip, Collins' beauty look is pretty yet predictable. Imagine my surprise, then, when I spotted Collins sporting an of-the-moment micro fringe and jet black hair for Cartier's new Clash de Cartier ad campaign. To the tune of Billy Idol's 'Dancing With Myself', Collins presents as two different versions of herself - striking the balance between elegance and edginess - as the duo grapple for bejewelled pieces from the collection. The team behind her look? Celebrity hairstylist Gregory Russell alongside Collins' makeup artist on repeat, Fiona Stiles. Wig or not, the video proves Collins pulls off both styles with relative ease. Check it out below.

A habit that spiked during the pandemic, resale and vintage shopping is projected to surpass fast fashion over the next decade....

Sustainability News: 8 Chic Updates To Add To Your Everyday Life

Mushroom faux leather, hot frocks and shoes made from car seats — a generous dose of planet-friendly ideas and inspiration

Come rain, hail or storm, these tactile and cool outerwear layers will see you through the elements