JVN is coming to Aotearoa

It isn't the first time the comedian and performer has toured the globe, with their highly successful Jonathan Van Ness: Road To Beijing selling out theatres in 40 countries in 2020.

Hilarity is sure to ensue as the self-proclaimed "non-binary bad bitch" fuses a slap-stick gymnastics routine with rib-tickling comedy sure to leave you in stitches.

Tickets are now available from Eventfinda.co.nz

Jennifer Lopez’s bridal hairstyle is nothing short of iconic

Lopez lent her signature glamour to the low-key venue by opting for not one but two dresses to wear on the day: the first an upcycled Alexander McQueen gown from a movie (rumoured to be Jersey Girl but eagle-eyed fans have spotted significant differences between the two), and the second a long-sleeve lace gown from Zuhair Murad’s upcoming bridal collection.

The singer/actor/entrepreneur tapped her long-time hairstylist Chris Appleton to create her bridal half-updo, which saw her brunette tresses pulled back from her face and pinned at the crown for a retro-inspired look reminiscent of the 1960s mod era and futuristic Y2K looks of the late 1990s and early Noughts. The remainder of her bouncy curls were left to trail over her shoulders.

The timeless style is one Lopez has worn countless times over the decades (Versace runway, anyone?) and will no doubt be recreated by many brides over the coming bridal season. 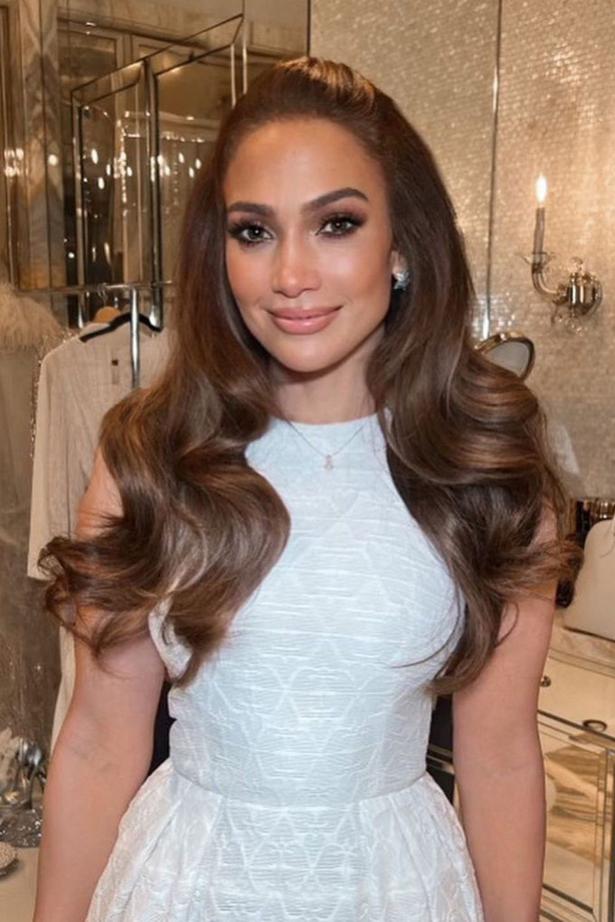 J-Lo's enviable tresses were pulled back into a timeless half-updo style for her recent nuptials to Ben Affleck. Photo / Instagram

The viral manicure that has everyone running to their nail tech

First it was her “glazed donut skin” that got the internet talking, and now it’s Hailey Bieber’s glazed manicure that is blowing up on social media.

The opalescent manicure takes the same principles as dewy, glossy skin and applies it (quite literally) to nails.

Celebrity nail tech @nailsbyzola took to TikTok to share a clip of how she created the high-shine look on Bieber herself, and the video went viral with a capital V.

Shimmery (but not tweeny) and sophisticated (but never boring) the look lends a healthful sheen to nails and also helps hides chips or regrowth.

The Devil Wears Prada sends its regards to Broadway

It's been 16 years since Meryl Streep's turn as the editor-in-chief of a fashion magazine made an impact in the 2006 film The Devil Wears Prada, and the fashion satire continues to titillate with a new Broadway show in Chicago.

Taking place at the James M. Nederlander Theatre, the musical features music by Elton John and stars Tony-winning actress Beth Leavel as Miranda Priestly, and Taylor Iman Jones as Andy Sachs, a role made famous by Anne Hathaway in the film version.

If you're lucky enough to be in Chicago, the musical runs through until August 21.