Rob Fyfe could talk about fabrics all day long. The self-confessed introvert, who famously resigned from his very public, high-profile position as CEO of Air New Zealand in 2012, is sitting in the sleek Ponsonby headquarters of Icebreaker. The outdoor apparel and sports specialist brand celebrated 20 years in business last year, with Fyfe taking on the CEO role in 2014 after seven years at the helm of Air New Zealand.

Icebreaker is one of New Zealand’s biggest success stories, supplying clothing to more than 5000 stores in 45 countries, and with a company value of approximately $200 million. The brand has even been the subject of two case studies at Harvard Business School, one a comprehensive look at Icebreaker entering the Chinese market.

Icebreaker founder, creative director and majority shareholder Jeremy Moon tapped Fyfe to move into the role after he spent time on the board as executive chairman. After months fine-tuning a partnership agreement, the two have been gradually steering the brand into a brave new world of consumer buying power where millennials call the shots.

It was a bold move on Moon’s part, having started Icebreaker and invested so much of himself in the business, but his tenacity has seen the brand grow exponentially, eventually requiring Fyfe’s expertise. Fyfe had acquired a reputation at Air New Zealand as a CEO with integrity, unafraid to get stuck in, going Undercover Boss style as a cleaner or baggage-handler to get a better understanding of the people in the company.

He dealt with the aftermath of the Air New Zealand Airbus 320 Perpignan tragedy in 2008 with dignity, and the provision of cheap fares out of Christchurch post-quake in 2011, highlighted the traits of a CEO not solely concerned with the bottom line.

Though Fyfe would prefer to avoid the spotlight these days, you can’t ignore the megawatt smile or the distinctive shock of silver hair. But he is quietly spoken and calm as he talks about navigating Icebreaker’s new frontier. Sitting in the hip open-plan office as florid-faced employees return from a run, it seems a world away from the corporate environment of his previous role. After all, says Fyfe, this is a workplace where keeping active is encouraged. “Everyone here lives and breathes Icebreaker — they are all active people and understand the essence of the brand.” 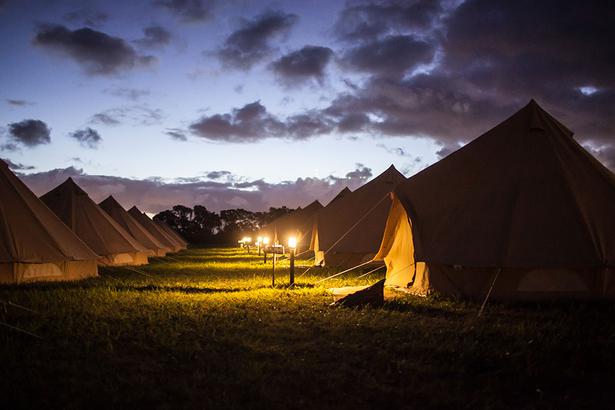 He, of course, is no longer required to dress in a pinstripe suit and silk tie, but rather a casual Icebreaker T-shirt and blue denim jeans. He prefers the versatility these days. “The fact that I can come to work and wear a top I can also wear on a nature walk allows me to feel freer in that urban space.”

Following our interview we head out on a press trip to Motuihe Island with Moon, to view the new winter collection in a natural environment. And though it would be easy for someone in his position to pontificate about the glories of merino wool technology, you can tell Fyfe is genuinely passionate about the source of the business.

“We started with merino wool as the focus of the company, but now we are exploring many other natural fibres and figuring out how we can integrate those with merino to create far more sustainable garments. In our current range, we have developed a technique called core spun, which takes a very fine nylon filament and runs it up the centre of a piece of merino yarn, so you only have the merino up against the skin,” explains the 54-year-old.

“Suddenly you have a much stronger tensile strength in that particular yarn, so you can make lighter-weight garments without sacrificing the burst strength — what they call the ability to burn a hole through the fabric. It’s incredibly strong and breathable but has this lovely silky feel against the skin.”

This is a new chapter in Fyfe’s impressive CV and one that’s still in its infancy. “I’m constantly going into industries that I don’t know anything about [prior to Air NZ, Fyfe worked in TV and banking and is a trained engineer], so I love that whole anxiety and exploration of the new. I surround myself with people that know a lot more than me, so it’s always been good to challenge and ask myself ‘how do I add value in this environment?’ It’s not about knowing the right answers, but knowing the right questions to ask.”

The technical innovations that the brand has been exploring might seem complex, but for Fyfe, sharing that information is vital to the Icebreaker message. “When we started, everyone was wearing synthetic garments. Jeremy had this vision to try to harness the power of natural fibres into high performance garments that no one else was doing at that time.”

Icebreaker’s strong position in the global market is also thanks in part to its connection to its origins; something similar brands overseas have tried, but failed to distil. But Icebreaker isn’t in the business of selling New Zealand to the world.

“Anyone can do that,” says Fyfe, laughing. “Sure we have beautiful land-scapes and imagery — and that’s definitely an identifier in the market place — but for us it’s more about personality and the mystique of the country that we have imbued into the brand. Kiwis are straightforward, egalitarian people. It’s these attributes that people are connecting with, more than a picture of Mt. Cook or some sheep grazing in Queenstown.

“One of the critical components of our working relationship was that Jeremy needed to be the voice and face of the brand. By nature I’m more of an introvert and I’d been there, done that. Jeremy’s story is what the brand is about, and its authenticity is what people desire now. He’s a fantastic storyteller and he knows who his customer is because it’s him.”

By re-focusing that story for a new generation of customers, the plan between the pragmatic Fyfe and the creative Moon makes sense. “There’s an enormous amount of collaboration and respect. We share a desk so we’ll bounce ideas off each other. Jeremy is a great initiator, but I balance out the to-do list. I’m probably the disciplinarian in the team.”

It’s a job-sharing role that so far works well, and one that will no doubt help propel the brand further within its existing markets overseas. “Although we’re very established for New Zealand, we’re much smaller on the world stage. We’re doing 85 per cent of our sales outside of New Zealand. And with those markets we’re still the new kid on the block, so there’s room to still be that innovative challenger brand in those regions. We need to be agile to compete with bigger companies and adapt faster to create value that way.

“Millennials in particular are looking for organisations that have a point of view because they want to connect with something that means something. We’re keen to be a brand that’s purposeful as we continue to grow.”

On Motuihe Island, the brand’s international merchandising manager and market mnsights director, Tsveti Enlow, shared a presentation into current research on consumer behaviour. Based in Icebreaker’s US headquarters in Portland, Oregon (Fyfe travels there every six to eight weeks), Enlow’s area is integral to how the brand will progress.

“What we’re seeing is that more and more urban areas are becoming compressed to accommodate this continual flow into urban areas,” says Fyfe. “So the more that time and space gets compressed, the more people yearn for outdoor experiences as an antidote to how fast life has become.”

READ: The 6 Wardrobe Staples You Need

Speaking at the Better by Design Summit a year ago, Fyfe made the point of staying connected to the brand’s heritage — but not being constrained by it. “We want to convey that it’s not about being the biggest player in the merino and natural fibre space, it’s actually being the business that’s leading in terms of innovations and ideas. We aren’t trying to be a fashion brand.”

And, as the world demands a wardrobe that’s increasingly versatile, who better to contribute to that conversation than Fyfe, a man whose career trajectory has spanned 30 years. It’s one of his main goals to take Icebreaker’s $200 million dollar business and transform it into a billion-dollar business, a momentum that relies heavily on making
key decisions.

“I’m very decisive, but I am clear about what information I need to make a decision and getting those around me to be equally passionate about that decision in order to move forward.”

The 6 Wardrobe Staples You Need