Like many models, Hanne Gaby Odiele has a lovely limber angularity. Sitting in a Manhattan restaurant booth she seems to open and close like an umbrella, expanding when she’s in full flow, folding up when she’s mulling something over.

Folded up and closed off was how she felt for a long time. As a child, she knew something was different about her. She spent a lot of her summers undergoing surgery, and was aware that she would be unable to have children, but the why was always left vague.

“The medical world tells us that we should not talk to anyone about it,” she says. “Always, I was told to hide.” In this way, children like Hanne are taught to be ashamed of a fundamental aspect of their identity: they are intersex.

It’s difficult to calculate the exact number of people who are intersex, but interACT Advocates for Intersex Youth estimates it to be about 1.7 per cent, which is about as common as having red hair (1 per cent-2 per cent).

It took a long time for Hanne, now 28, to come out of hiding, but in January she came out publicly in Vogue, and instantly brought into focus the sixth — and least appreciated — letter in the queer acronym, LGBTQI.

“For a lot of people, the first time they hear about it is when they talk to me,” Hanne says. “Most people really have no idea.”

Dressed in Adidas jogging bottoms and clutching a bottle of orange soda, she talks rapidly, as if she may have to dart off as quickly as she arrived. Her eyes are bright and animated.

“There’s a kind of shame placed on our bodies, like we’re not supposed to talk about it,” she says. “I will never know what it is to be a cis-gender woman, I will never be able to talk about a period or having a child, but I’m not a man either — I’m proud intersex.”

Having grown up in a Belgian village in the pre-dawn of social media, Hanne was 17 before she pieced things together, after stumbling across a story in a Dutch teen magazine about an intersex woman who was unable to have children. Seeing a version of herself was a light turning on.

“I showed the article to my doctor and he said: ‘Yeah, this is you.’” He’d known about her identity her entire life. Her parents, too.

Like Calliope Stephanides in Jeffrey Eugenide’s 2003 Pulitzer Prize-winning novel, Middlesex, Hanne was born with internal testes, and no uterus or ovaries. She had one X and one Y chromosome, in keeping with men.

“I have XY chromosome insensitivity,” she says. “I was born with internal testicles that produce testosterone, but which my body converts to oestrogen.” She smiles.

Although shielded from this knowledge throughout her childhood, Hanne has few recriminations. Her parents were following medical advice, and who challenges doctors? “Whatever the specialist is telling you, you’re going to believe it,” she says.

“My parents understood a little, but not all — they’d never spoken to anybody else, never had any contact with other parents in the same situation.”

There’s no one way of being intersex — the term covers around 30 variations of characteristics — but standard procedure has always involved surgery to force the body into one sex or the other, often on the assumption that bigger medical problems will lie in wait down the road.

Hanne spent large parts of her childhood in and out of hospitals undergoing treatment, and she knows that time will never come back to her — like the body she was born with, it’s gone.

“There are so many complications that come with surgeries, they’re irreversible,” she says. “You have to be on hormone therapy your whole life, and that messes up a lot of things.”

After coming out, Hanne met an intersex woman from Utah who had avoided surgery — a rarity. 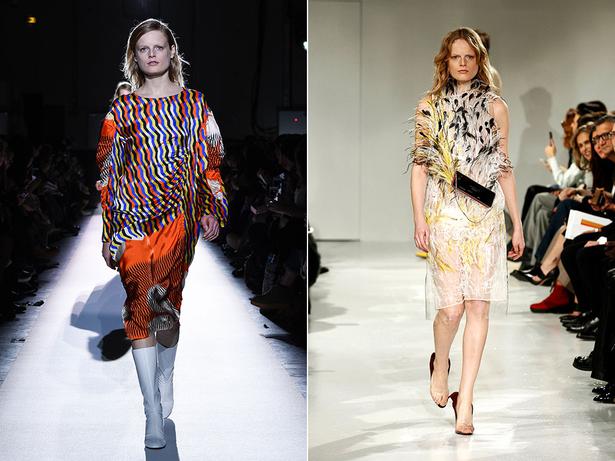 “She’s a very strong person, with a lot less trauma than I have,” she says. “But most people I’ve met have had surgery. To normalise the body, they just cut things out.” She considers it a human rights violation, an age-old impulse to correct things that don’t conform to the binary ways in which men seek to shape the world. As with transgender rights, she believes greater visibility will change the way people treat intersex people.

As a child, Odiele could feel the pull of the male chromosomes she was born with, but was unable to articulate why.

“It’s weird because I went to psychologists my whole life and even when I had a question, everyone just dismissed it.”

In the Catholic school she attended she was a bundle of hyperactivity, always fidgeting in class — flipping her chair, upsetting her desk.

“I couldn’t sit still,” she says. “I was always moving around.” She thinks briefly before adding. “They did love me, though, my teachers. They loved and hated me at the same time.”

Finding out she was intersex was both a relief and a shock.

“I always felt like I was the only one like me, that I had this weird thing going on — having to go and see the doctor for my genitals, thinking, ‘What the hell is wrong with me?’”

Being prodded and stared at for so much of her childhood was humiliating and lonely. Now she feels the solidarity of a community, with just a lingering trace of sadness. So many surgeries, so much energy spent on “fixing” her.

“There’s nothing wrong with being a little bit different,” she says — the mantra of the age. “I just don’t understand why we need to fix something that’s not broken.”

It was shortly after diagnosing herself that Hanne began pursuing a modelling career, part of a healing process.

“The most female job in the world is modelling,” she says.

“I felt like I was playing the system a little bit.” It also got her out of Belgium — first for a shoot for Vogue in Paris (“I was mesmerised by everything”) and then to the US, where catastrophe struck. She was crossing the road when she was hit by a car that ignored a red light. She was 18.

“I broke my arms, my legs, and everything,” she says. “I had brain bleeding, too.” After surviving that, anyone might be forgiven for sinking into a black hole of pity and despair. Not Hanne. Before the accident she’d struggled to emulate the strut of the leggy Brazilian models so much in vogue.

“I had two left feet,” she says. “I walked like a boy, basically.” Breaking her legs somehow fixed that. Even while she was recovering in hospital and largely dependent on a wheelchair, she found herself slipping on heels and practising her walk.

“And then I blew up,” she says matter-of-factly. “That’s when stuff really started to happen, so maybe everyone’s got to go through a little bad luck and pain, too.” She laughs. That was over 10 years ago. She has been on a streak ever since, a fixture of glossy fashion mags and a favourite of fashion companies, such as Balenciaga.

It was shortly after her recovery that Hanne met John Swiatek, a DJ and model who is wholesale director for North America for the Swedish brand, Acne Studios. The two married last July. Any anxiety Odiele felt about telling him she couldn’t have children was premature. They plan to adopt.

“He’s adopted and had a great relationship with both sets of parents,” she says. Meanwhile, her parents have made peace with the past through their daughter’s coming-out process.

“It was difficult for them,” says Hanne. “My mum especially felt very guilty about what happened and takes it very personally, but this has helped her, too. It was a different time and it was not their fault.”

Although familiar with the arguments for using gender-neutral pronouns, Hanne is not sure it’s a distinction for her. She says: “I don’t feel female and I don’t feel male, but I do like ‘she’.” At airports she has sometimes been called “sir”, and that doesn’t sit well. “I’ve had to live as a female for so long, so it’s kind of like, ‘How did you know?’” At the same time, being intersex has enabled her to live outside some gender norms.

“I feel I have a distinct view on certain things that other girls can’t see,” she says. “Like women sometimes have to dress a particular way, or there’s expectations, and I feel or see them differently.” But her difficulty relating to girls at school has not carried over to adulthood.

“I have so many great, great girlfriends — models — which is pretty funny, because you think they’d be fragile, but they’re actually the toughest women I know.” And they, undoubtedly, would return the compliment.
— The Observer