Bond (Daniel Craig) takes in the view of the countryside that he grew up in, the Scottish highlands. Photo / Supplied The spy has a licence to thrill, even in a more loose-fitting wardrobe

James Bond is back ... and he’s slipping into something a little more comfortable. At 53, Daniel Craig still looks as powerfully athletic as ever — but in No Time to Die, he’s cut himself some tailoring slack.

Given this has been billed as Craig’s final turn as the man in the perfect-fit tux, his 007 era has taken a surprisingly long time to die. Covid caused what feels like the most strung-out preamble before a film gets a red-carpet premiere. Its title track was number one as long ago as February 2020, when Billie Eilish was still a moody teenager with a jet black mullet and green roots, rather than the platinum blonde of today.

Certainly, the lengthy stop-start build-up to the film’s release — finally in cinemas now — is in stark contrast to the pace the spy maintains on screen, despite being in his sixth decade: all that car-chasing and bed-hopping. Most men’s midlife crisis involves a Harley and a new hairstyle.

Craig is not quite the oldest actor to have played Bond; Roger Moore was 57 for his seventh outing, 1985’s A View to a Kill — and in the opening sequence, chasing Grace Jones up the Eiffel Tower, it rather showed.

So how do the middle-aged Bonds measure up? No matter his age, James has always been up for a bit of rough and tumble; from Connery to Brosnan, his attire has been action-ready.

However, Craig’s Bond uniform has continually nodded to the character’s military past — Ian Fleming cast him as a Royal Navy Commander in the books — and the idea that he’s known combat parlays into the rustic sweaters and cargo trousers that Craig has worn in recent films. 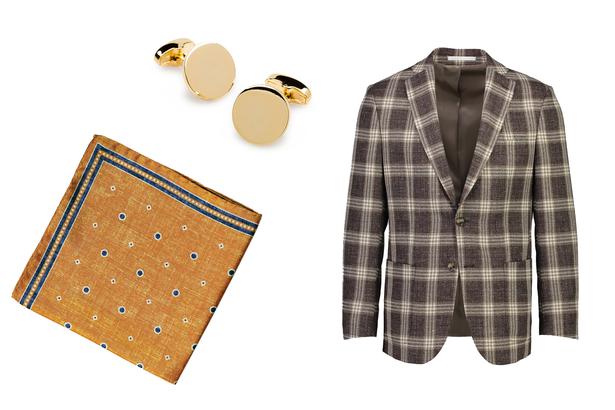 Much was made of the Bond in 2015’s Spectre donning a jumper, and the sign that our normally besuited 007 was segueing into gentler, Jerry-from-The-Good-Life territory. Which is nonsense, of course; the sweater was sleek, black, figure-hugging, and followed a fine line of Bonds wearing black polo necks — most notably Roger Moore.

Bond wardrobes frequently reference iconic pieces that have been in the franchise’s films gone by, so Moore’s outing in 1973’s Live and Let Die was mirrored in Spectre in the fit, shape and brown gun holster Craig slung about his person with nonchalance.

And this time around, British knitwear brand N.Peal — who also made the cable roll neck he wears in Spectre and a cashmere crew neck as seen in 2012’s Skyfall — were once again drafted in by costume designer Suttirat Anne Larlarb to design a knit that, this time, reinforced Bond’s military history.

“There’s an absolutely meticulous level of attention to detail,” says Adam Holdsworth, owner and creative director of the historic N.Peal cashmere house, who created an army sweater and cargo trousers for No Time to Die, for what promises to be a particularly action-packed finale. “We had to apply taping to the neck and elbow patches to reinforce and strengthen the sweater, and it was clear they wanted very robust, military-focused knitwear.”

Forget the connotations of sedate jumpers for Sunday firesides. “It had to be very figure-hugging,” says Holdsworth. “We made around 30, in the end. What’s wonderful is that it shows real support for British manufacturing. Bond couldn’t be more quintessentially British, and Eon [the film production company behind the James Bond series] is a family-led firm like ours,” says the custodian of the 85-year-old label. 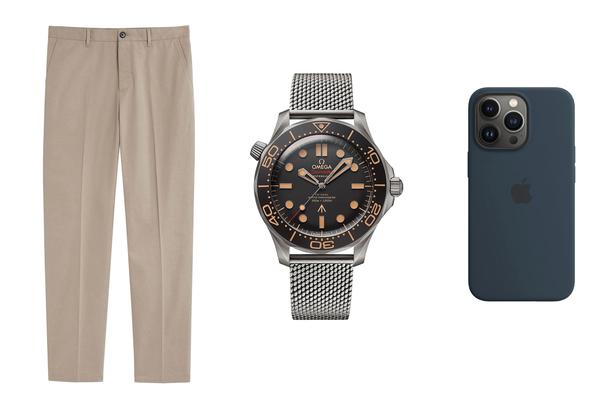 Bond has nearly always worn British. “My tailor? Savile Row,” answers Connery’s 007 in 1962’s Dr No when asked about his suiting finery. That era’s Bond was dressed almost exclusively by Anthony Sinclair, a Savile Row institution. But for No Time to Die, its costume department steered towards even more of a niche.

“Our connection with Bond actually goes way back,” says Isabel Ettedgui, owner of luxury house Connolly, which originally crafted the leather for Bond’s iconic Aston Martin DB5 in 1964, creating a new collection around the connection to mark the launch of the new film.

In No Time to Die, the brand has outfitted the secret service agent with a soft-structure, breezy jacket — the Giubbino — for scenes where he’s hightailing around the Italian hilltop town of Mattera in a car chase.

“I think it appealed because it’s lightweight, loose-fitting and it’s short — so you can wear it easily for driving without sitting on it,” says Ettedgui. “It actually takes inspiration from 1950s Italian work shirts, and it sits somewhere between a jacket and a shirt. We’re a small, independent British brand and since images [of the Bond range] emerged last April, the reaction has been astonishing.”

That looser, more fluid fit is a theme for our somewhat craggier, 50-plus Mr Bond. His suits have always, in the main, been rigorous in their cut and silhouette. Italian tailoring titan Brioni took over the suits of Pierce Brosnan’s era, while the exacting slickness of Tom Ford was called upon when Daniel Craig first took up the mantle and martini in 2006’s Casino Royale.

And while Tom Ford has supplied suits for the new film — a lightweight grey wool single-breasted and a handsome black tuxedo — this time around Bond lightens up in an unstructured suit by Italian textile specialist Massimo Alba. 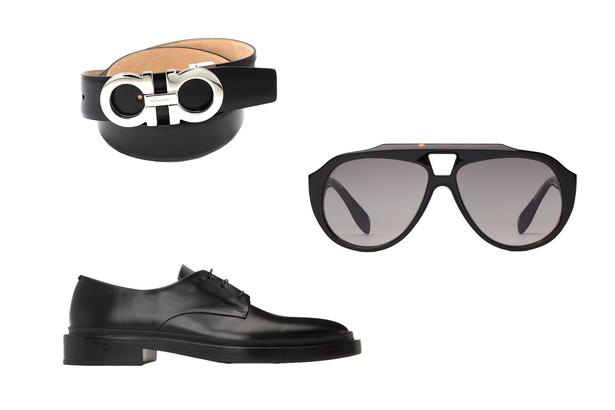 “Mr Craig had been spotted wearing the brand himself, and we were contacted by the production team. I believe the reason this suit was selected is that we will be seeing a different Bond with a new attitude — less stiff, more laid back. It’s the opposite from the archetype he’s been associated with for many years,” says Alba, whose clothes, he says, are all about “comfort, clothes you feel at ease wearing”.

The light tan Sloop suit is decidedly less upright and more relaxed than ones that 007’s worn before, particularly as he pairs it with a soft cashmere shirt by Brunello Cucinelli. The suit is actually super-fine corduroy, a fabric that’s usually synonymous with a certain bookishness, rather than espionage.

That said, it’s exactly how men as they reach 50 and beyond should be dressing: easy, relaxed tailoring gives a certain degree of form, but is less traditionally classic and strict with its rules.

His iconic powder-blue La Perla GrigioPerla trunks might now be a little love-worn, the frown lines a tad more pronounced, and the hair thinner and more peppery than it was when he emerged from the surf in Casino Royale. But our most complex Bond still chimes with the sartorial times.

To Beard Or Not To Beard? Here's How To Grow One & Wear It Well

Made with aroha in New Zealand, Inward Goods is one to watch