Jessica McCormack is back in Aotearoa for the first time in three years. The London-based jewellery designer shares how New Zealand roots have helped her forge her global namesake brand Recently, a client came to Jessica McCormack with a 10-carat diamond ring in an unusual oblong shape that her husband had given her.

“We called it the coffin ring,” hoots the fine jewellery designer, who added a skull-and-crossbones engraving on the back, along with the words, ‘Til death’.”

It’s a typically irreverent touch for an artist whose canvas is precious metals, and who paints in diamonds, gold and, occasionally, smiley faces. Along with her bespoke pieces and collections she makes “party jackets”, reimagining heirloom pieces that would otherwise gather dust.

“It’s cool, it’s fun,” she shrugs of the process. “Diamonds shouldn’t be so serious.”

Her busy career — and Covid — are enough to have kept the London-based Christchurch-born expat away from New Zealand for three years.

Now, for the first time since, she’s been reunited with her family, meaning she and her three children (aged 6, 5 and 4) are finally able to see their only grandparent, Jessica’s mum Christina.

For now they’re acclimatising at home in Auckland with Jessica’s sister Georgina and Georgina’s husband, designer Simon James. Their close relationship extends to business too, with Georgina the exclusive stockist of Jessica McCormack jewellery outside of her sister’s Mayfair atelier, through the Simon James Concept store in Herne Bay, where Jessica’s jewellery has a new dedicated space. 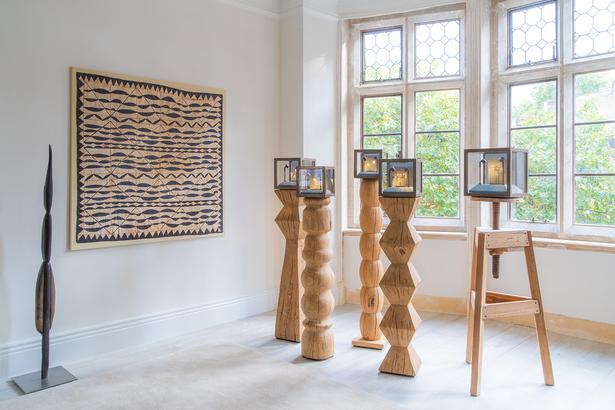 Jessica McCormack’s bridal atelier in London is an art-and-book-filled space in a Georgian townhouse. Photo / Supplied

The plan is to shoot a campaign during her few weeks here, but first they’re off to Pakiri before taking excursions to Gisborne, and Jessica’s hometown of Christchurch.

Despite confessing to the “discombobulating” effects of long-haul travel, the 42-year-old is exuberant, wisecracking that her Scottish husband Dougie was unable to make the trip, and that if it wasn’t for her nanny joining them, she might not have coped with the “rota system” her children employed as they woke, one after the other, from midnight until 6am on the day of our chat.

In other words, the designer is like her jewellery: bold and accessible with a slightly wicked sense of humour.

Aside from her timeless cushion-cut rings, red carpet-worthy pendants and wow-factor bracelets are collections born of a range of inspirations, from the celestial to the cultural — her “tattoo” collection mimicking the koru, rendered in diamonds.

But it’s her savvy approach to wearability — simple, elegant diamond pieces she encourages be worn to Pilates or on the school run — along with a distinctive knack for giving old-school glamour a youthful, modern twist, that has won her a legion of global followers.

“They’re clients first and it starts by creating something for them. They just happen to be celebrities — they’re always very genuine. It’s the same with the collaborations. It wouldn’t work otherwise.”

In 2020 Jessica teamed up with US artists the Haas Brothers, whose outlandish pieces include a biomorphic marble bath and otherworldly sculptures inspired by plants and animals. Together they produced a popular line of snake rings, fairytale jewellery boxes and strangely insect-like earrings.

That collaboration led to another surprising partnership, when the twins connected her with a friend at the jeans brand Citizens of Humanity. They were about to open a new store in Aspen, and asked if she’d consider stocking her jewellery there.

“I was like, jeans? No. We are luxury. Then I thought, I spend my entire life in jeans, and I’m always telling people to wear diamonds with jeans. So, there’s a genuine synergy and connection.”

Now, having staked her territory in London, Auckland and Aspen, and with numerous clients regularly visiting her Mayfair HQ from outside of the UK, the project taking up much of 2022 is her bridal collection. It even gets its own floor in the old Georgian townhouse on Carlos Place that Jessica opened in 2008, a five-storey art-and-books-filled space in which customers can, if nothing else, find inspiration to create a bespoke piece. Designed to be the antithesis of the intimidatingly sparse high-end jewellery store, visitors enter into an eclectic lounge space and library brimming with art and antiques: a bright oil by US painter Stanley Whitney, an 18th-century Peruvian table, a 1970s Ettore Sottsass chair — all of which has been curated by Jessica herself.

Unlike this floor’s moody and “very English” decor, the bridal floor is light and bright, and incorporates touches of Aotearoa via the South Pacific tapa cloth, sculptural pieces and cultural artefacts.

“It was a good project to do during Covid, a nice creative outlet to create a new space,” she says of transforming what used to be her back office. Engagement rings start at £2200 ($4143), catering to younger clients getting married.

Downstairs in the basement is where her team of six jewellers ply their craft using ancient Georgian techniques, while Jessica is located in the “Flowers in the Attic”-style top floor.

“Ideally, I’d like to build out the whole house,” she says, her ability to put otherwise unrelated pieces together begging the question — did she ever wish to become an interior designer?

“I love interiors,” she says. “I have a very clear vision in my head that is probably not easily articulated. I love mixing genres, high and low, and pieces from different eras. And I think that’s also how I try to help people create a jewellery collection.”

She attributes her ability to mix and match to her late father John McCormack, an art and antiques dealer who ran an auction house in Christchurch when she was growing up.

“He was a big collector,” she says. “He really got into pounamu and old antique New Zealand jewellery. So then I started buying that. He was very good at mixing genres and collecting fun things — high and low — and essentially I got that from him.”

During a trip to Morocco in her early 20s she was introduced to a woman who worked in the jewellery department at Sotheby’s in London. She wrote to her every month for a year, she laughs, until one day she finally “relented” and invited Jessica to work as an intern in London for four months.

“It wasn’t so much about the jewellery,” she reflects. “I was more interested in the auction house.”

But the stint there was eye-opening, with the 25-year-old exposed to Russian Crown Jewels, 1920s Cartier, French fine jewellers Lalique. 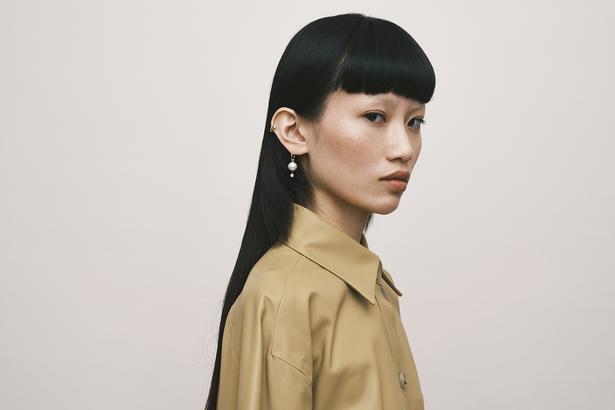 When she first started, her business partner educating her on the world of diamonds, she subverted the old guard, setting diamonds upside-down or in brass.

“Everyone was like, ‘Oh it’s very edgy.’ And then we moved to Carlos Place and it was a step change. I almost had to go back to go forward, and I didn’t do as much of that because diamonds are serious and people spend lots of money and it needs to be serious.”

She was also wary of being pigeonholed as the quirky New Zealand designer, as opposed to establishing a timeless London brand.

When she stumbled upon the Georgian townhouse in Mayfair, she fell in love and could instantly picture what she’d do with it. “And everyone was like, ‘Well you don’t really need 6000 square feet [557 sq m] when you’re selling the tiniest things — you just need a window somewhere.’ But I wanted to create this world and experience.”

She now has her sights on transforming the remaining storeys in the townhouse, perhaps one day dedicating a floor to a jewellery archive for recycling and reworking pieces, much as she does for her “party jackets”, where she takes heirloom jewels and re-crafts them into a modern setting.

“There’s £6 billion of unworn jewellery in the States,” she says. “People come in and they’ll say, ‘I shouldn’t do anything [to change it].’ Then I say, ‘So you’re just going to give it to your daughter and then she’ll give it to her daughter.’ No one ever wears it. There was a woman who took two years to decide [what to do with her jewellery] and now she’s like, ‘It’s the best thing I ever did’.”

Just as it’s women who are more likely to bring in their sentimental pieces, her base clientele are largely self-purchasing women, many of whom return, building up a collection.

“Diamonds have always been a very male, old-school kind of world,” she says. “So it’s great to be in this space. Women are driving this, which is amazing. It’s very empowering and awesome.”

She's been a librarian and a rock musician. Now she's a world-renowned jeweller