There’s a nondescript blue door about halfway along Karangahape Rd, between Malaysian restaurant Sri Pinang and newer establishment Peach Pit. You wouldn’t look twice at it, except for the oddball collage of Prohibition images on Sly cocktail bar’s adjacent wall: screen sirens, carnival types, a prim remonstration of “loud talkers and whistlers”, an in-joke on a street that howls after-dark.

Like so many parts of K Rd, the blue door shrouds a den of creativity and is opened only by invitation, taking you up a steep, grimy staircase that smells of paint. The inviting space it leads to is home to two-month-old Sabotage MFG, where the next vanguard of fashion designers make and ply their wares (across the hall is Nicole Van Vuuren’s studio, NVV World).

Why bother with a shop you can’t freely enter, has no signage and is unlocked only when its proprietors allow? It’s all part of the mystique of this workspace and showroom of fashion graduates and designers, some of whom have bigger presences on Instagram anyway.

“I like that it’s hidden upstairs,” says Gala Richards, 22, the knitwear designer behind RGK (Royal Gala Knit). She worked in this space for a chaotic six months when it was packed with fellow makers, a painter, a tattoo artist. When the lease-holder moved on, Gala kicked most of them out and joined forces with five of the most disciplined designers. Now the collective pools its resources to share a cutting table, an overlocker — and a futon out the back for naps. 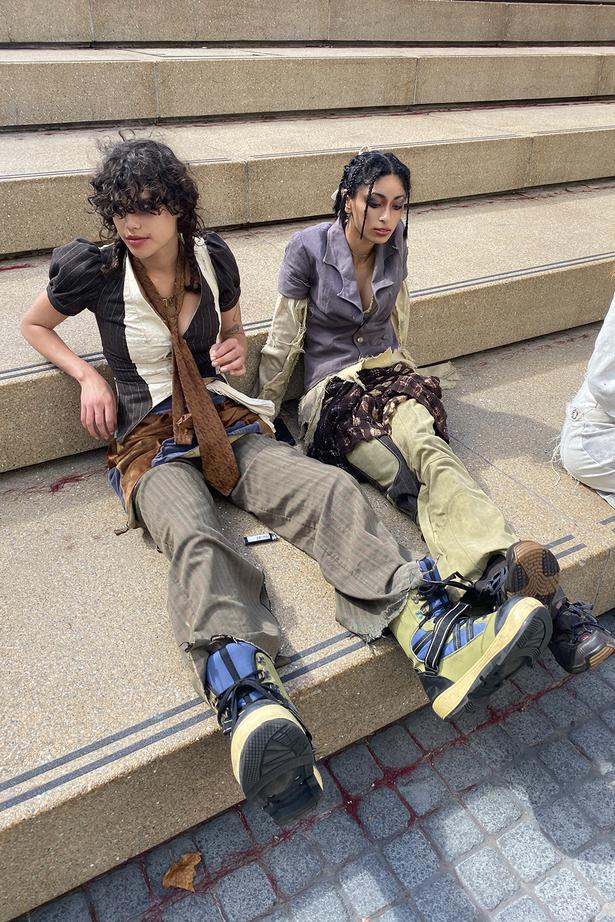 “Sabotage is for people who understand the work that goes into something they’re buying,” says Gala of the group’s crafted collection, which they plan to show the public when lockdown ends. Aesthetically they represent a sense of freedom arguably missing from wider, conservative New Zealand fashion.

Where else would you find a tailored Victorian-style shirt reconstituted from a junk-shop curtain? Or elbow-length black merino gloves that leave the thumb and forefinger nude, the kind Audrey Hepburn might wear if she wielded an iPhone?

Alongside Catherine Boddy’s futuristic gloves are Gala’s hand-knitted pieces. The enterprising AUT graduate and part-timer at Ponsonby store Wixii had them digitised so a Japanese flat-knitting machine called a shima seiki can reproduce them quickly. You’ll also find the distinctive Tusken Raiders-inspired designs of Polly Properlean, a 21-year-old Whitecliffe graduate who prefers not to divulge her real name.

Her lovingly patched pieces, including the aforementioned shirt, a pair of denim jeans she distressed by burying in the ground and a skirt she stained by stepping all over, take their rock ’n’ roll cues from the rag pickers of early 19th century Paris. She’s been shocked by the attention her pieces have received from social media users overseas.

“People are interested in New Zealand,” she says of those who’ve reached out from the US and the UK.

Creativity has always bubbled away behind closed doors on Karangahape Rd, even if its makers sell their clothes elsewhere. It’s home to established brands such as Hailwood, Lela Jacobs, Jimmy D and Ovna Ovich. In the La Gonda Arcade you’ll find jewellery designer Nick Von K and Maaike and Co, designer/pattern-maker Vaughan Geeson and designer Hannah-Lee Jade. At the Ponsonby Rd end is LaLA (Lost and Led Astray) where Sarah-Jane Duff shares her workspace with fellow plus-size fashion designer Rawiri Brown. Joe Yen is a dentist by day, designer by night at Tur Studio, which he runs with weaver Chris Duncan.

K Rd is also where Gloria designer Kristine Crabb got started with her punk-spirited Rip Shit and Bust and where Cybele had a workroom, before both moved on to Ponsonby Rd. K Rd’s most famous resident, Leo O’Malley, had a menswear store for 84 years, closing in 2019. 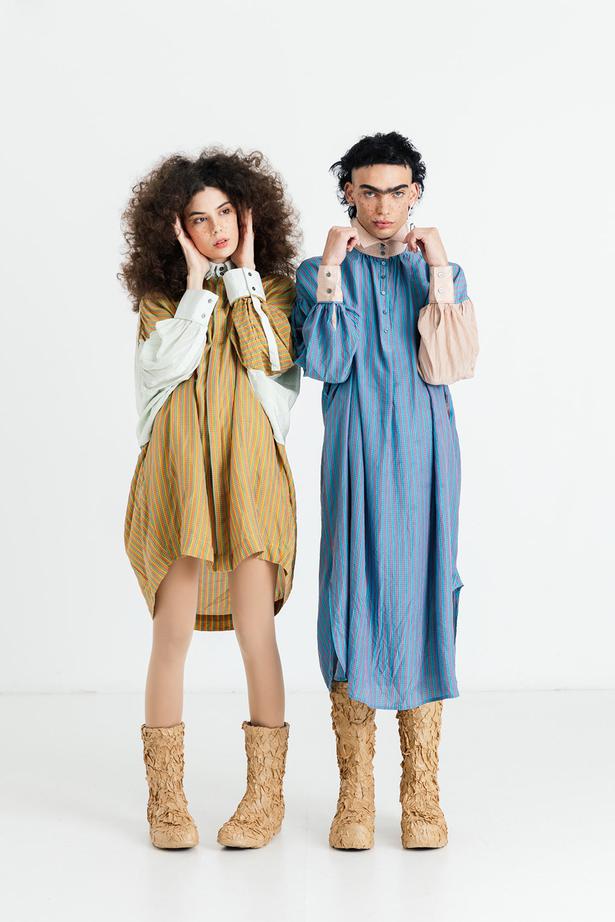 Zambesi’s Auckland workroom is behind the main road on Gundry St and Zambesi menswear designer Dayne Johnston lives in the George Court building. One storey up from the homeless men handing out the K Rd Chronicle you’ll find Rory William Docherty, whose made-to-order pieces would make a Parisian swoon. K Rd has a long history with fashion, one that Doris de Pont, who had her own shop, DNA, next to St Kevin’s Arcade, includes in her Walk the Walk guided fashion tour.

Where once designers were lured by the inexpensive yet characterful workspaces that gave them a city-fringe HQ, now they’re embracing and contributing to its gentrification. They’re also hugely appreciative of the efforts of the Karangahape Road Business Association and Auckland Council, who recently refurbished the street, planting natives and creating carparks that allow you to actually stop outside the shops, as well as installing bike lanes and rainbow-inspired bus shelters.

Designer Adrian Hailwood says the KRB regularly organises promotions and activations and has given him access to plants to decorate the outside of his store.
“There’s always so much going on here,” he says of the street’s nightlife and eateries. “There’s been an explosion of good restaurants in the past few years.”

Next to The Caker and up the stairs is evidence of gentrification in action. Jimmy D’s James Dobson has run his label from this spacious brick apartment for five-and-a-half years (before that he was in the La Gonda Arcade), yet next month he will move to Eden Terrace, after the landlord decided to do up the building. That means packing up two decades of patterns that take up a sizeable part of his workshop, along with racks of clothing, including a fabulous silver coat made from Parisian PVC and a pair of killer latex boots he recently wore on a night out.

Also moving is a bright pink creature reminiscent of a Guillermo del Toro film, one of several pieces his artist partner has created and adorned the building with, turning the stairway to James’ workroom into a gallery. 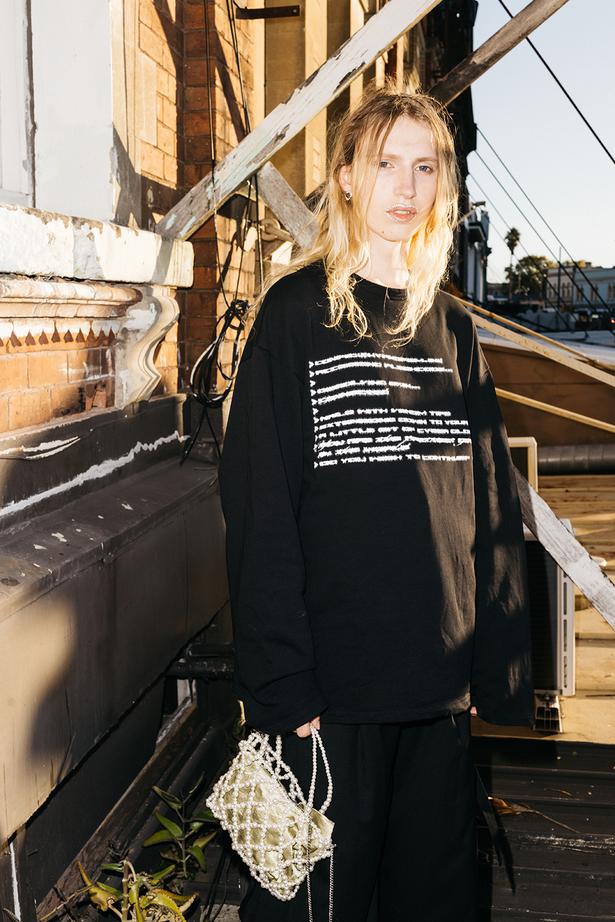 When he leaves K Rd, he’ll miss being able to pop home from a club to use the toilet without queuing or to change his footwear — those heels didn’t stay on his feet for long. He’ll miss the vibe and the nightlife.

“We used to hold this nu-rave club night, ‘It’s time to get dumb,’” James recalls, sitting on the cutting table. “We’d party on K Rd, work on K Rd, all our friends lived on K Rd. It was a cultural scene. At the peak of nu-rave there’d be a lot of neon and plastic jewellery. We were at the centre of those subcultures.”

James’ former store, Children of Vision, was a “little weird oasis” in St Kevin’s Arcade that stocked his own designs alongside labels from Europe. The $1000 avant-garde dresses he sold from what was then a thriving red-light district attracted a slightly “freaked out” clientele from Parnell. Today, James says the future of fashion can be found on K Rd in clothing that is “genderless, open to interpretation by the wearer. It’s not prescriptive in how it’s worn, and it’s not so tied up with trends”.

Not far away is Lela Jacobs, who opened shop 10 years ago in what was once the Pink Pussycat Club after taking it over from artist and realtor Scrap Wall. With its brick and mint-coloured walls, naked lightbulb and turntable, The Keep, as the shop is now called, is a haven of considered modernity.

“People can see the transparency of the space,” says Lela. “They can see that it’s not huge. It gives them more of an understanding of the product. It loses its sales perspective and makes it much more personable.”

In the bad old days, it wouldn’t be unusual to start the day cleaning poo or needles from her back stoop or — worst-case scenario — stumbling across sex workers on a job. But since the Prostitutes Collective moved to upper Queen St, many of the sex workers who once “owned” this part of the street have moved on.

Even the infamous sex shops are less prominent but Lela says she’s always felt safe here. “It’s very community-focused,” she says. “The history of K Rd is interesting, and I feel it’s one of the only streets in the country that has the most ethnic diversity, comfortably. No matter what race or economic or psychographical status you have, everyone is comfortable here,” she says, as a pair of older men who may or may not be homeless, wander past. “I like that. It’s rare.” 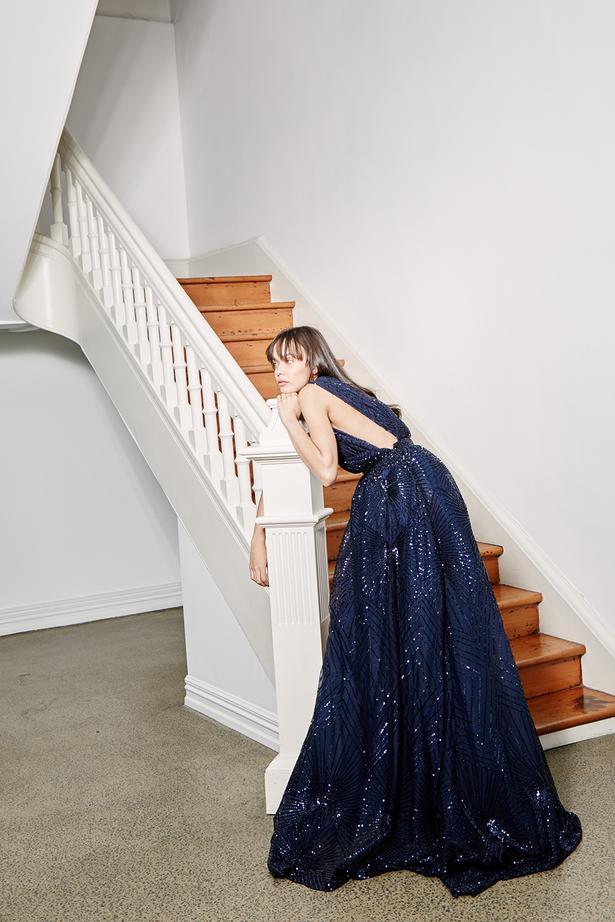 For all its upmarket art galleries, design stores and restaurants, there’s still a wildness about K Rd, which you wouldn’t exactly describe as a “family” place unless you were visiting the gay bar — when I nip into the dairy, the woman running the shop continues gossiping on her phone’s loud-speaker about a “f***ing useless” friend; outside the charity store a woman leaps out at me and flashes her underwear.

Nonetheless there’s an attitude of acceptance, a sense that anything goes. You don’t have to be rich to eat at many of its eateries or shop at its vintage stores.

“There’s a real intersectional mix of scenes on K Rd,” adds Chris Lorimer, a stylist and former fashion PR who lived and worked there for the best part of 20 years before moving to Sydney. “The art galleries, the queer scene, the nightclubs, the cafes. A lot of interesting style came from that. It changes between day and night. Different people come out of the woodwork at different times, and they express that in their outfits.”

Chris had come from Cuba St in Wellington in the mid-90s and says K Rd was like an extension of his old stomping ground, a magnet for free spirits who didn’t necessarily want to own a house in the suburbs. He quickly became entrenched in K Rd culture, bouncing between a reclaimed office space to an apartment in George Courts to a studio in La Gonda Arcade.

Chris says the evolution we’re currently witnessing in the fashion industry — a newfound spirit of inclusiveness, a greater diversity of models and clothing sizes — has always been part of what makes K Rd tick.

“The fashion industry is catching up and has evolved,” he says. “Different points of view are finally considered to be important, which was not always the case.”
When he ran his fashion PR business, he had to convince some editors it was safe to visit.

“I was being stubborn but I was determined to show them what a beautiful neighbourhood it is.”