Kate Spade: The Dark Price Of Illusion Paid By The Fashion World

I was standing in the immigration queue at JFK airport when the news of Kate Spade’s suicide flashed on the TV screens in the hall there.

It was all the more shocking because, even if you don’t believe in that ultimately empty trope about having it all, Spade, one of the fashion industry’s more discreet, more down-to-earth individuals, really did seem to have a lot: a husband (and business partner) she’d been married to for 24 years, a longed-for child, one business empire already behind her — she cashed out approximately $94 million from Kate Spade — and a nascent label, Frances Valentine, named for her daughter, which she launched in 2015.

They’re quite brutal about news delivery in the US. It’s infotainment, red in tooth and claw. Snatches of the suicide note she left to her 13-year-old daughter Frances Beatrix Spade (“This has nothing to do with you. Don’t feel guilty. Ask your dad”), footage of her body being carried out of the Manhattan apartment block where the Spades lived, complete with selfie-snapping onlookers ... all in ad-friendly bite sizes. Waiting for the passport stamp, I looked up an interview I did with Spade in 2003, parsing it for any clues of the darkness to come. Ghost seeking.

When we met she was delightfully upbeat and strikingly approachable, although for someone who was cheerleading the world into its first steps towards wearing colour after a decade of monochrome, she wore an awful lot of black.

When I asked her the question that all women asked (how to incorporate colour into your life), she sweetly suggested a big coloured ring. “Because for a lot of people, colour’s quite scary. You have to take it slowly.”

Was this some kind of prophetic metaphor? Flashbacks to Lee Alexander McQueen’s suicide — in 2010, he too hanged himself — and L’Wren Scott’s suicide in 2014 are inevitable.

What about John Galliano’s crazy apparently alcohol-fuelled and self-destructive anti-Semitic rant in 2011? Or Claude Montana’s tormented and tormenting relationship with his wife and muse Wallis Franken Montana, which ended when she killed herself in 1996 — a scandal from which his reputation never recovered. And who can forget the tragic early death of fashion stylist Isabella Blow in 2007, who had suffered from depression for years and become concerned about her career waning? 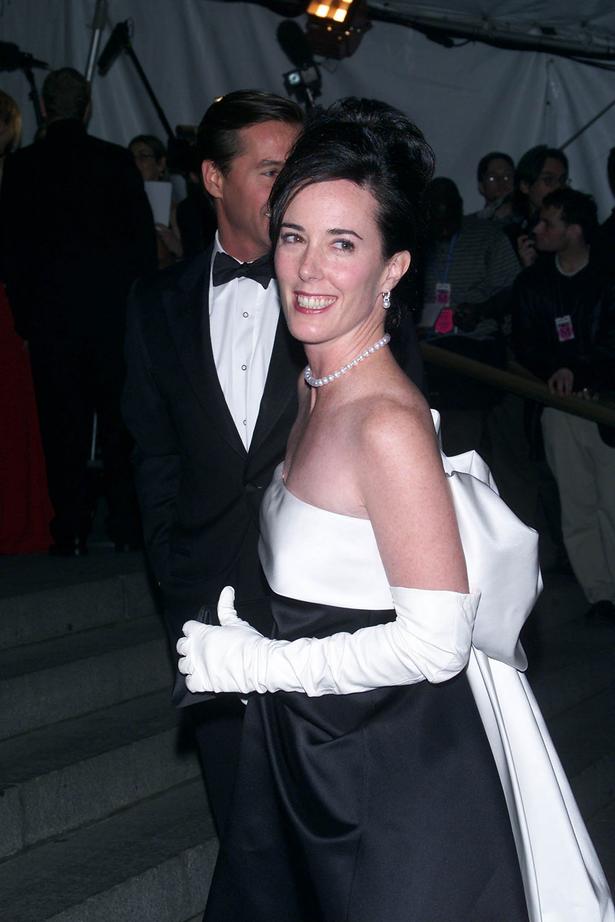 By their private and often suppressed nature, it’s impossible to say whether depression and despair are any more rife in fashion than in other industries. One of the desperately sad aspects to emerge from this latest tragedy was Spade’s sister Reta Saffo saying that the designer’s death was “not unexpected” and that the pressure of having a famous brand may have both caused her bipolar disorder and also stopped her from getting treatment.

“We’d get so close to packing her bags, but in the end, the ‘image’ of her brand (happy-go-lucky Kate Spade) was more important for her to keep up. She was definitely worried about what people would say if they found out,” she told the Kansas City Star.

Yes, the pressures of fashion are immense and public — but that’s also true if you’re a surgeon, a politician or a single parent holding down three jobs. It’s also true that the relentless fixation on the surface means there’s an inherent unwillingness to grapple with deeper truths.

The disconnect between being a polished style plate and the messy reality of being human add to the weight, sometimes to an unbearable degree. Maintaining a glaze of perfection at all times becomes as much a part of the job as anything else.

Let’s not forget the self-reinvention that is one of fashion’s immutable rules for career advancement. Whether it’s enhancing one’s early childhood to make it seem more aristocratic (a favourite among older-school designers) or emphasising gritty episodes to flesh out a street-cred image, designers especially often feel they need a dramatic back-story to attract interest and many end up feeling trapped by the contradictions.

André Leon Talley, the cape-wearing, larger-than-life eminence who for decades abseiled the heights of Mount Fashion as an editor-at- large on American Vogue, last month railed to The New York Times about the way fashion doesn’t care for its people.

Reaction to his comments were mixed, but he certainly encapsulated a tension that, while not unique in fashion, can be toxic: that of needing to look glossy, successful (read rich) and connected, even when you’re lonely and isolated in a hotel room on a peripatetic schedule that would defeat most nomads.

For the most eloquent disquisition on isolation and superficiality, read Joan Juliet Buck’s recent autobiography. Buck, once a mink and Cartier swathed editor-in-chief on French Vogue, was eventually “let go” amid rumours of a number of personal problems. Buck is notably hazy on the details but searingly lucid on how in thrall she was to the outward trappings of a successful fashion career. The title of her book, The Price of Illusion, says it all.

Interestingly, it has been mooted that Spade may have had financial worries. The same was said of L’Wren Scott, a state of affairs which, if true, would have been all the more worrying to Scott, whose brand was all about expensive aspiration.

But even rooting a label in a Gothic sensibility, as Lee McQueen did, is no inoculation against external expectations. Those death-obsessed, poetically dark shows of his might have been cathartic, but in the end he still yielded to the demands of being McQueen.

Spade’s business and persona were predicated on a sunny, upbeat quintessentially American interpretation of chic. As the tributes on social media and the floral offerings laid outside the 200-plus Kate Spade stores across the world suggest, her playful but ultimately pragmatic aesthetic touched millions of women. Her death, however, is a reminder that outward glamour is, by definition, a chimera. We should all, in an age of endless self-branding, be wary of the price of illusion.