It has been a childhood dream for New Zealand model Georgia Fowler to one day walk in the renowned Victoria’s Secret show, and after attending casting for the last five years, today that dream became a reality.

The New Zealand-born model made her runway debut in Paris, where the show was pre-filmed and will be screened to an audience of millions around the world on November 5 (November 6, New Zealand time). It is the most-watched fashion event on the planet according to Forbes. She hit the stage with some of the biggest names in the industry right now, from Kendall Jenner to Gigi Hadid and sister Bella Hadid, who was also walking in the show for the first time.

Victoria's Secret stalwarts Adriana Lima, Alessandra Ambrosio, Lily Aldridge were also there, as was Stella Maxwell who grew up in New Zealand from the age of 14 and has walked in the prestigious lingerie show since 2014. 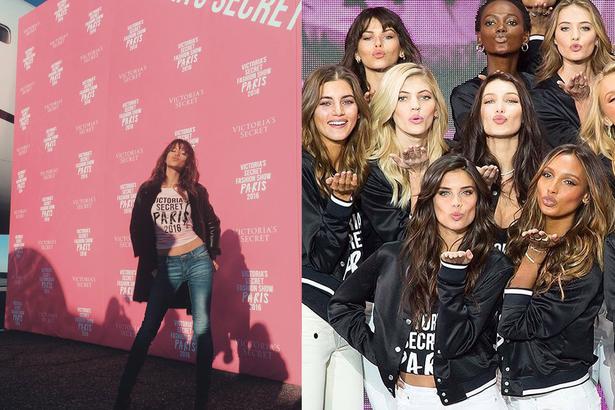 Georgia Fowler about to board the Victoria's Secret plane en route to Paris; and at the show rehearsal. Pictures / @georgiafowler; @vs.angelsx

Another famous Kiwi at the show was Dan Carter who walked the red carpet with his wife Honor.

Performing at this year's show were Grammy Award-winning stars Lady Gaga, Bruno Mars and The Weeknd.

Georgia told Spy last month when she found out she had been cast for the show she went into shock. “I burst into tears of joy, and am still emotional just thinking about it. I have dreamed of being in the Victoria's Secret show since I was a child, and grew up with angels plastered on my diaries."

The 24-year-old's parents flew to Paris to support her.