The international New Zealand model and budding filmmaker soaks up the sunshine in Hawke's Bay, and pens a fitting tribute to her roots

I find standing still very difficult. Standing still and straight while being pinned and ogled. My knees turning purple, my ears picking up phrases of French flitting around me. My new vocabulary consisting of clothing items; gilet, manteau, robe, tailleur, jupe.

I remember a very thin and famous stylist accidentally letting out a curt parp of a fart which everyone ignored. With a cigarette in her left hand and a Haribo in her right, she ordered and directed the seamstress working on me.

There is a halo of exceptionalism floating around those top few and no one dares to question them or to call out their farts. 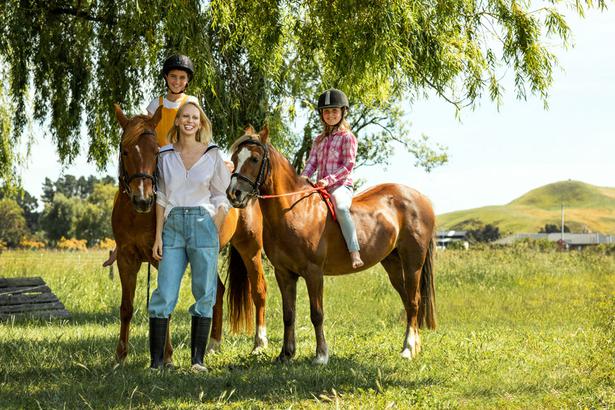 I thought myself a bit of a Polly Maggoo. Laughing to myself while turning the phrase model savant around in my head, as if it were true that the airbrushed face had to be an airhead too. I remember one certain successful-in-the-90s British photographer — not once but three times — joking with me that the book I was reading was upside down.

Thanks, mate, so funny.

WATCH: Lili Sumner's Short Film 'How Fat The Bees Are'

I thought this better than university. I could leave, I told myself. But then I would be in one place. And all these places, the volume of them, could not yet be traded for anything of more worth.

I still wanted to watch people. I still thought of my experience as my wealth. I’ve always placed stories as paramount.

I’ve only dated men who could tell good stories, and the ones who start to repeat themselves, usually get the boot. From 16 to 26 I collected all sorts of stories. 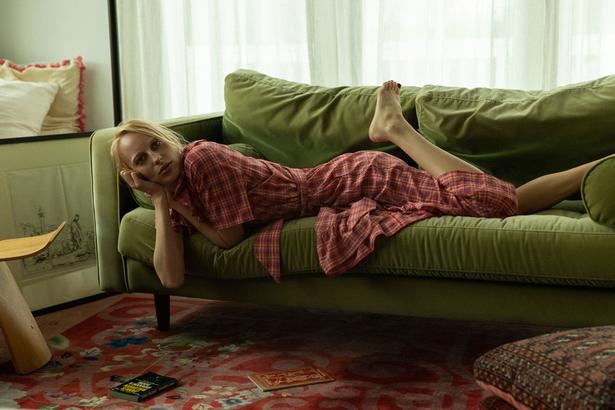 When I first got to New York I hated it. I was seventeen and it was too much for me. I didn’t get it and I was in love (or something like it) with someone back home. I quit modelling and moved back to New Zealand for all of three months. The itchy scratchy came back and I negotiated a contract to model in Japan for two months and booked my onward ticket to London. Four years in London and four years in New York.

The first two years in New York I would wake up beaming and thinking oh my god, what will I do today. Anything, anything is possible. It’s like living at the edge of a tenacious sea and flinging yourself to the tide each day. And I missed the sea.

London and New York, the difference was supreme. England is an extension of New Zealand in its Anglo-Saxon buttoned lip and it’s self-deprecating humour, it’s embarrassment and it’s tea and toast and fish and chips.

America is this rude bastard of a place that teaches you quick-smart how to sell yourself.

It was in New York I learned to live alone. In the beginning I felt blue about not being seen or heard, not being near to others. Physically, the closest person I knew was Betty down the hall. Betty had two cats, one with three legs. She let the cats roam the hallways and I let them roam my oblong of a studio apartment.

I stopped hearing Betty’s voice through our shared window shaft, and learned that she had died while I was away. Sometimes I went to sleep thinking about Betty and whatever happened to her cats. I certainly didn’t want to die alone in a studio apartment in New York.

I liked to create my life like a painting; the right album, the right light in the right corner and the right book, the right feeling to go into with the right music; piecing everything together like writing a film. I could live entirely within my own movie. Sometimes new lines and new characters surprised me but mostly I wrote the plot. I started writing screenplays. I would stand straight and tall like a good model, being pinned and prodded while I wrote in my head. Then I would get on airplanes and trains and type it all out on my laptop.

On Avenue A in my first flat I, for the first time experienced true joy at being alone. I would put my key in the door on the fourth floor and a feeling of absolute contentment would flood me.

Here, I am unobserved. I am outside the circle of anything relating to my home, history, friends. No one to keep me in check for who they think I am, who they think I should stay. It was here I invited select people back, here I could relate to strangers as a stranger too. Something hard to find at home. I remember walking home with no plans for the evening and that perfect dark-blue sky of just post-sunset New York expanding in my eyes, thinking, I am exactly as I want to be.

I probably would have continued another four years in NY if the virus hadn’t swung in and wrestled me out. Wrestled me out and placed me down in a soft land.

A land where you don’t wake up with twists of anxiety and excitement in your stomach. Where you wake up to Tui’s and lawn mowers. The bounds of what might happen safely within reason. Safety though, is a privilege. 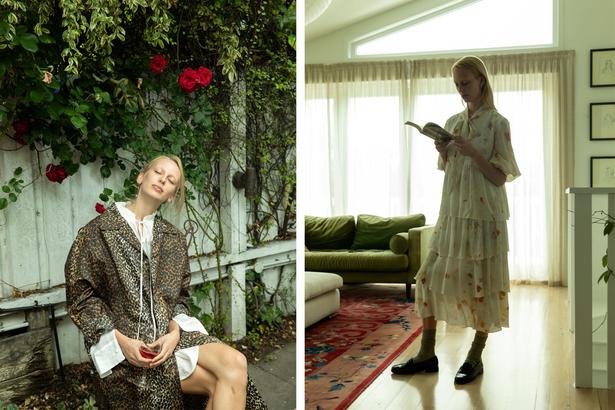 I have to talk about the smell of home. First, of course, it hits you when you exit the airport. Then it floats in and around you constantly. Citrus flowers blooming and grass and jasmine and ocean. It sounds like a description for laundry detergent but how else can I explain it? It’s the thing you forget until you come back. How fat the bees are, how fat the bees are Janet Frame wrote.

Another thing about home; it walks you back over all the stepping stones of you. Even on a night out in Auckland, kids from primary school, intermediate, theatre class, high school, ex lovers and old friends, all come over to chin-wag. And I like my place in history. In this corner of life where real things happen and happened to me.

Writing this, I am on the West Coast of the South Island of New Zealand, at the edge of the world and the centre of something quite good.

With thanks to Hawke's Bay Tourism