The star of Lonely lingerie’s latest campaign, model Anja Konstantinova, talks to Rosie Herdman about the power of motherhood, social media and the importance of feeling comfortable in your skin What does motherhood look like? It is a journey that takes many forms; no one woman is the same. For model and florist Anja Konstantinova, motherhood is a juggling act, as it is for many women, but it’s a role she has looked forward to.

“I’ve always wanted to be a mum, since I was young,” she says from her home in East London where she and her husband Magnus have lived for five years.

“I loved being pregnant; it was such a powerful thing, and I felt beautiful.” Russian-born Anja moved to Australia when she was young, before being scouted by a model agent in Melbourne at the age of 18.

After that, her modelling career took off, with the petite (for a model — according to her agency’s website she’s 5 ft 5) platinum-haired doppelganger of Lara Stone and Brigitte Bardot featuring in magazines like Vogue, L’officiel Netherlands and Oyster. 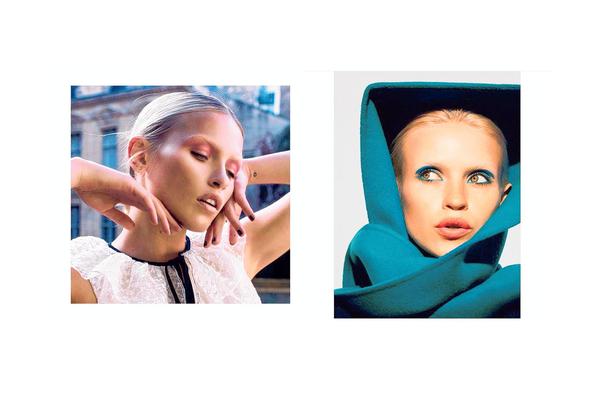 Anja has modelled for publications like Elle UK and Vogue. Photos / @anja_konstantinova

In her early days of modelling she featured in a photo shoot for New Zealand fashion label Lonely — then Lonely Hearts — and now, eight years later, she is working with them again.

This time, it’s in a photo series for Lonely’s lingerie range, as both a model and mother with her one and a half year old Ozzy in tow. Captured by a fellow Australian and close friend of Anja’s, photographer Imogene Barron, the series is an ode to feeling sensual, beautiful and comfortable in your body, even after the birth of a child.

“When Imogene said she was going to shoot for Lonely and she wanted me to be part of this project, I was really excited because it was a big thing for me to shoot lingerie after I’ve given birth,” says Anja. “Because, you know, my body has changed so much, and it’s been kind of an up and down thing — one moment I’m like ‘yeah I’ve got this, I look amazing’, the next minute, as every woman does, you feel down on yourself. So I thought doing this shoot would make me feel really empowered.”

They shot the photos in the English countryside as spring was blooming. “It was a special project for me because it helped me mentally to go further along with loving my changed body. Our bodies are amazing — women’s bodies are always changing and it’s so powerful when you put something gorgeous on, you can still feel sexy.” 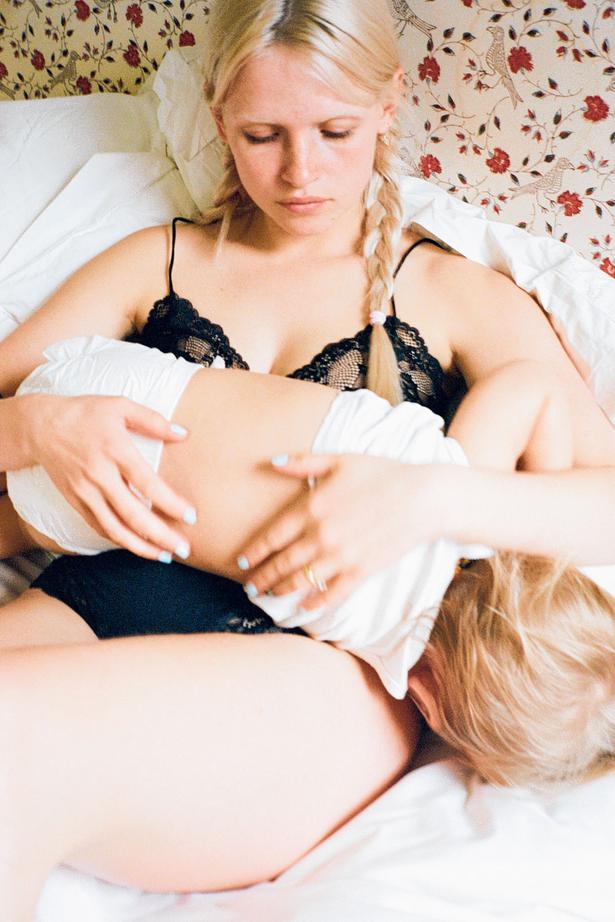 Whether they’re featuring a mother or not, Lonely’s imagery highlights the natural beauty of women’s myriad life stages, backgrounds and sizes. A glimpse at the Instagram page where they publish regular images with a variety of women, is full of feedback from women rejoicing at seeing themselves represented in a real light, a rarity in the often glossy, photoshopped world of lingerie advertising.

Lonely designer Helene Morris is one of the voices behind the scenes making sure their message of self-love is being heard.

“It’s important to tell many different stories, and we appreciate honesty,” Helene says of their imagery. “We think our customers want to hear and see from people like themselves, perfectly imperfect, just as we all are. Every body, inside and out, is different. The media often chooses a narrow ideal to represent, and that is damaging.” The company shares a belief that it is individual differences that make people special and beautiful, she says.

This attitude of transparency and celebrating what were once perceived as flaws is a welcome one, especially when it comes to the portrayal of motherhood in fashion media, and on social media.

For model Anja there are positive and negative aspects of platforms like Instagram, on which she has a community of over 50,000 followers. On one hand, comparison culture is rife, with an unrealistic idea of day-to-day motherhood being presented. 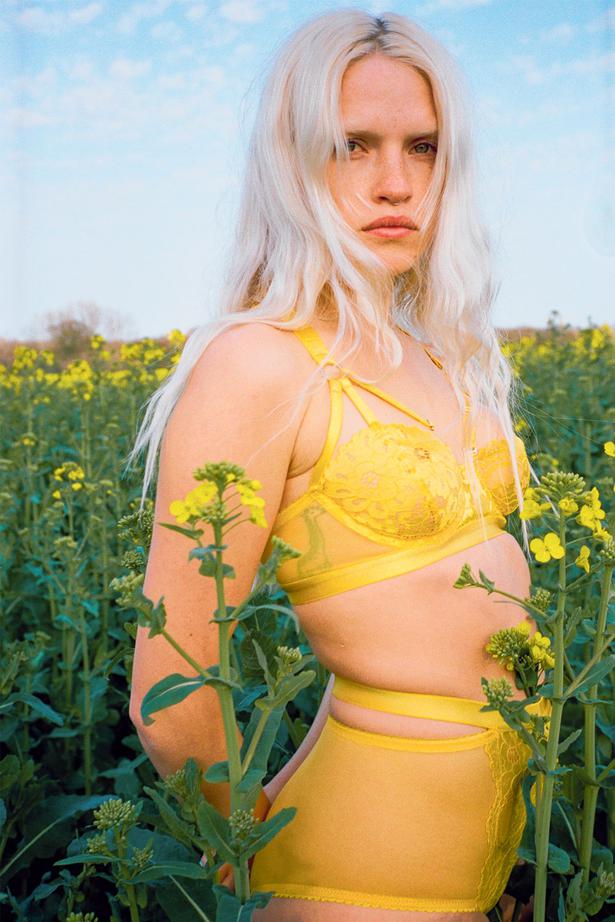 It’s almost like people are not living in a present moment, she muses, and need to put everything on social media for approval. Some people could also look at Anja’s Instagram and think her life is always golden, she says, “but of course you’re not going to put your kid crying on Instagram because that’s cruel to put that on the internet”.

Conversely, Anja has found a supportive community on social media — something that helped her through her early days as a first-time mum whose partner worked long hours. “I think it’s so cool that people don’t feel so isolated and they can reach out to other women and talk about it and feel part of the community,” she says. Turning to other mothers and talking about what they were going through was a source of comfort, and those women are now some of Anja’s close friends, with their babies growing up together.

Throughout media and publications, an emphasis on sharing stories and representation of all aspects of motherhood has grown over the past few years. Late last year, a photo published by Girls. Girls. Girls. Magazine of actor Rachel McAdams dressed up for a glamorous shoot while expressing milk into breast pumps went viral, praised for normalising an often hidden part of having a baby. 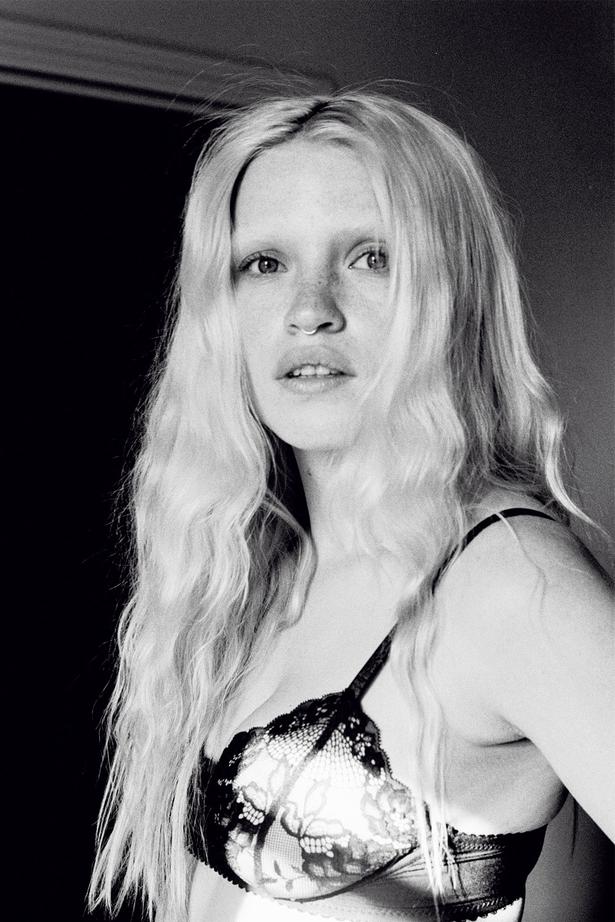 A couple of months before, actor Keira Knightley wrote a powerful piece on childbirth for a book of essays called Feminists Don’t Wear Pink (And Other Lies), and delved into the intimate and visceral details of the 2015 birth of her daughter. Private Life, a recently-released Netflix film, focuses on a couple’s journey to have a child by any means possible, and back in 2015, Elle Australia made headlines with a special subscribers’ cover featuring model Nicole Trunfio breastfeeding her baby.

All of this helps to de-stigmatise perfectly natural parts of the journey of motherhood, Anja agrees. “I think it’s amazing that women are opening up and are doing things that are very natural and not being shy about it,” she says.

“Being a mother is a very powerful thing, because you grew this thing — you gave birth to it, whatever way it came out, and you should be very proud of yourself. There’s nothing to hide.”

When she’s not modelling or looking after Ozzy, Anja has found her true calling in the form of floristry, working with a well-known florist in London named Fjura. “It’s nice to do something with my hands, with a lovely group of women, working with beautiful things.”

With husband Magnus currently taking some time off work — he’s a chef and restaurateur, having previously owned a restaurant called Legs in Hackney and cafe Cream in Shoreditch — they’re looking forward to spending time as a family as the days warm into summer, and are planning European adventures.

Actor and activist Yara Shahidi and fellow actor and singer Zendaya Coleman are making big moves on the beauty scene, with thei...