Many Runway Shows Are Filled With Clothes; This One Was Actually Great Fashion

It can be tough explaining the difference between fashion and clothes. The terms are used interchangeably but there is a distinction.

Clothes are pragmatic and accessible. They can also be stunning, fun and dramatic. The runways here at New York Fashion Week have been filled with a lot of alluring clothes: exceptional coats, skirts in glorious colours, dresses with needlepoint embroidery.

READ: Why Celebrity Designer Brandon Maxwell Created A Collection For The Everyday Star

Fashion, however, has been more elusive. Fashion takes the mind down a new path. It forces the eye to adjust its focus, to adapt to an entirely new field of vision. Perhaps people won't be so keen on fashion the first time they see it. "What is this strange mess?" they scoff. But before they know it, the shape or the colour combination starts looking inviting.

The idea starts to seem inevitable because fashion anticipates the culture's next step — perhaps it even nudges us to take that step a little more quickly than we would have without it.

Designers Jack McCollough and Lazaro Hernandez put fashion on the runway Monday evening. With their Proenza Schouler fall 2019 collection, they offered up big, broad shoulders on blazers, and dresses with cutouts that were sometimes jarring and sometimes artful. Trench coats were spliced with motorcycle jackets, sweaters became dresses with harnesses that were more like shrugs.

Their show notes read like a crib sheet on contradictions: Things were sometimes this, but often that. They were constructed, yet not. They were feminine, yet masculine. Do a shot every time you read the words "yet" or "but" and you'd end up rolling on the floor in a stupor. We'll skip the explainer and just enjoy the fashion.

The Proenza Schouler collection was a reminder of fashion's wonder, of its ability to make an observer sit up straighter in their seat, to lean forward, to be curious. This city needs more fashion because mostly it has been offering up reassuring comfort food. Mashed potatoes are fine, but after a while, you need something with a little bite and spice to keep your taste buds alive. 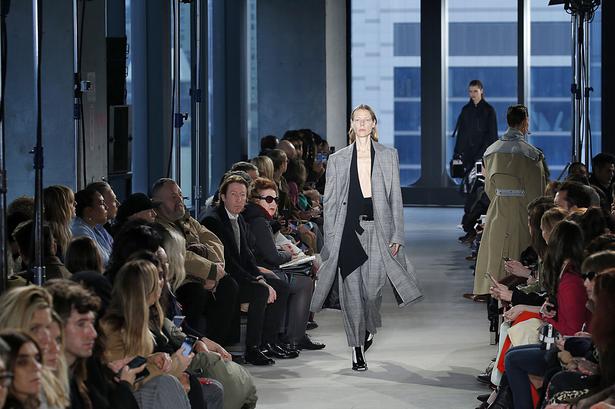 It's worth pointing out that fashion is not just weird, incomprehensible, controversy-seeking fodder. The point of fashion is not to leave consumers recoiling in horror or scratching their head in disgust. That's been the goal of some folks here. And mostly it just reads like a bunch of grumpy creative-types filling the runway with their gripes and anxieties instead of thoughtfully teasing out the source of those feelings or trying to come up with a balm for their torment.

Fashion is not the equivalent of a temper tantrum. But it can be a kind of therapy.

READ: How Megan Stewart Landed an Internship with Proenza Schouler

Proenza Schouler's collection offered a way through the chaos of modern life with big-shouldered jackets in which a woman can claim her space and slim-fitting knits that comfort the body rather than gird it for battle. The colour palette was dominated by black and white, but there were also rich, warm shades of marigold, pumpkin and butter-yellow that came through like a hopeful sunrise. One could read a lot into the Proenza Schouler collection because it was multilayered. There was plenty to consider. The designers gave folks fashion. And yes, they also gave them something to wear.