At the end of it all — at the end of his show, at the end of this city's Fashion Week — when so many folks here and beyond the fashion industry feel they are reaching the end of their rope in this eternal season of chaos, Marc Jacobs emerged from the shadows of the Park Avenue Armory to take his bow wearing red platform boots.

He stood in the middle of his line of models, which stretched the width of the wooden floor, and stomped his foot. Boom! Lights out. And for a brief, glorious moment there was calm. Silence.

This is what fashion can do — not alone, but in partnership with other forms of artistry, other communities of creativity.

Jacobs's gesture marked the finale of a beautifully emotional show, one that had been lifted beyond a simple presentation of enticing clothes by the choreography of Karole Armitage, who founded her first full-time dance company, Armitage Gone!, in 1979.

Armitage, who opened the show wearing black tights and a tiny black slip dress, has been called the "punk ballerina" and her sharp, unbound movements contrasted with the constrained elegance of the clothes.

She was followed by models and dancers who created what Jacobs described as a celebration of "chaos and form."

For Jacobs, the clothes represented his memories of New York City, the many stages of life and ways in which we dress for each of them.

There are the styles of our youth when we are struggling to define ourselves, flexing our sexuality and living vibrantly.

As we pursue our professional dreams, perhaps we dress with greater seriousness — at minimum we become more disciplined.

Our dress-up clothes become more sophisticated. The times shift and we shift with the times. We grow and adapt, but through it all, if we are lucky, we never lose ourselves — instead, we come into focus.

The clothes that Jacobs put on the runway reflected those many stages: pastel swing coats as fresh as an Easter Sunday suit, tailored trousers with crew neck sweaters, a grand shimmering party dress with a flamboyant derriere bow.

The quiet confidence and restraint of those clothes was juxtaposed with the herky-jerky dance. Women in cropped tops and knit bloomers boxed the air in anger, frustration or, perhaps, simply confusion. Dancers aligned in power formations and then collapsed to the ground as if exhausted by the effort.

By the end, the dancers had invaded the audience, which was seated at an array of small cabaret tables. The troupe became a whirlwind of elbows, flying hair, arching backs and powerful legs reaching toward tomorrow. The clothes at Marc Jacobs were evocative of what it means to live in New York. Photos / Getty Images.

Every city doesn't have the breadth of diversity as this metropolis, but in most every modest town, there is a community of folks who thrill at individuality, lean into creative experimentation and feed off one another's aspirations.

The show was universal and exhilarating, but also a little bit sad. The openhearted ambition that New York represents feels in peril in a country where nativist beliefs are flourishing.

Perhaps that's why the fall 2020 runway season was filled with designers reveling in what it means to dream, to live boldly, to be embraced because of one's uniqueness rather than in spite of it.

READ: How A New Generation Of Designers Is Redefining The Narrative At New York Fashion Week

There were no gimmicks on the runway, no elaborate themes — just a bit of music performed by Orville Peck wearing his signature fringed Lone Ranger mask.

No designer — no designer anywhere — is better at that kind of restrained, spare sportswear. It's American to its core, but there's no flag-waving, no rah-rah cheerleading. He makes the simple look glorious: a pair of gray flannel trousers, a top coat exquisitely tailored and a turtleneck that just skims the chin.

His signature style conveys a kind of success that isn't predicated on exclusive country clubs or ramshackle mansions.

Kors represents bright, shiny new money done right. His clothes — the knife-pleated skirts, the faux-fur capes, the metallic cocktail dresses — tell the story of finally managing to buy that great apartment with the magnificent view of the city. It represents success based on what you've accomplished and not what you've inherited. How lovely to believe that striving is rewarded. 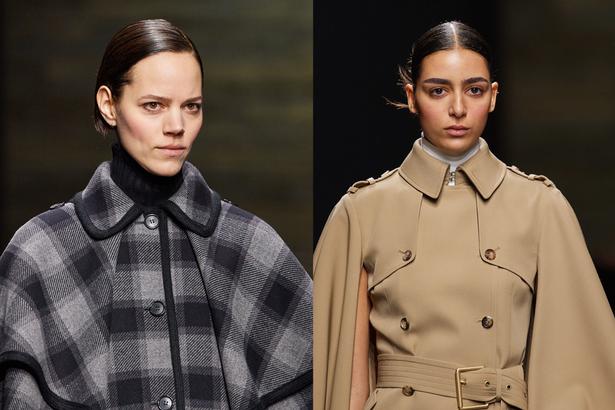 At Michael Kors, there were no gimmicks on the runway, no elaborate themes. Photos / Getty Images.

He is next-generation American optimism. His clothes, as shown at the Museum of Natural History, have a bit more edge, reveal a bit more skin, exude a bit more fizz. But he is unabashed in his stubborn belief in joy.

Gurung celebrated his dream of Manhattan with a show in the Rainbow Room at Rockefeller Center. With the lights of the city shimmering outside a wall of windows, Gurung offered a contemporary, slightly subversive take on uptown dressing, with leopard-print tuxedo trousers, a cacophony of prints and waves of feathers.

It was a slinky, dressed-up collection at a time when everyone says that no one wants to dress up anymore.

Maybe that's true. Maybe we don't want to try so hard in real life, but in our dreams we are glamorous and smiling and on top of the world.

What does dreaming do for the business of fashion? There's not a line for "sweet fantasies" in an annual report.

Goodwill, maybe? But dreams remain important in keeping the fashion industry moving forward, in keeping these brands in business. The dreams are what keep designers engaged, working — trying.

And when they try, they give us reason to buy things we do not need but can't resist: an oversize coat from Proenza Schouler, a pair of tiger- or leopard-print pants from Khaite by Catherine Holstein, a glamorous golden gown from Oscar de la Renta or a gilded coat from Sies Marjan. 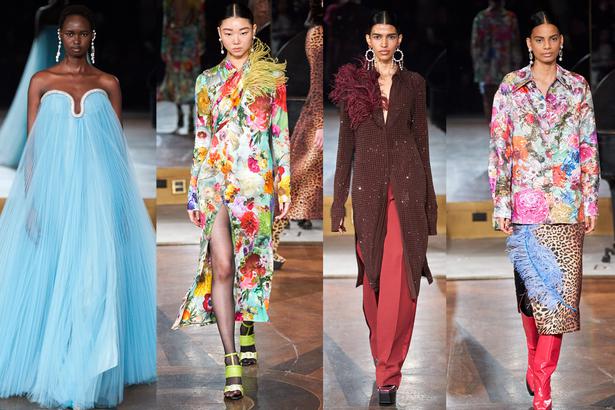 Or perhaps we are drawn to a Gabriela Hearst coat made from remnants of antique Turkish rugs, in part because Hearst works hard to tread lightly on the environment. Or maybe the lure is a dynamic dress from Tory Burch, one that was inspired by the mixed media sculptures of Francesca DiMattio.

Trying reaps benefits. Jonathan Cohen has been quietly, methodically working to hone his vision and his skill. Often he is inspired by his Mexican heritage, and for fall he was motivated by the broad concept of self-expression and a desire to be mindful of the environment.

He worked with recycled Italian cashmere — yes, it had to burn fuel getting to the U.S. somehow, but still — and he used his own fabric scraps to create scarves.

READ: Behind The Glamorous Bronzed Makeup At Tom Ford's Runway Show In LA

Above all, he made beautiful clothes that had an opportunity to shine brighter without the presence of better known or flashier designers — many of whom opted out of showing here this season. He proved that he deserves to stand in the spotlight.

This Fashion Week lacked the star power of brands such as Lauren, Tom Ford and Tommy Hilfiger. It didn't have the cultural agitators such as Pyer Moss or Telfar. That was too bad. Every industry needs its crowd-pleasers.

But people will always want to express themselves through their attire, whether to declare themselves rebels, artists or ascetics. Fashion rides the waves of our emotions. It reflects our anxiety and ambitions.

This season it reflected the chaotic times. Our need to believe in a way forward. Our need to simply breathe.

The coolest looks came courtesy of people who move to the beat of their own drum, the perfect tonic to the glitzy chintz of awa...