You could go from the gym to cocktail hour in no time in one of Lavinia Ilolahia’s designs — think structured zipped tops teamed with an elegantly pleated skirt. The AUT graduate’s collection ‘Sidelined’ won the Viva Editorial prize at the iD Dunedin Emerging Designer Show in March with garments cleverly elevating sportswear to high fashion.

They also carried an important message for the designer, who leaned heavily on her cultural experience growing up as inspiration. As a Pacific Islander, Lavinia says she felt overwhelmed by the expectation on Pacific people to be great at sport while having little interest, or skills, in sport herself. She wanted to challenge this assumption in the collection, but in a positive way through the use of contrasting silhouettes and bright colours. How did you get into fashion?
A few aunties are seamstresses so I was exposed to making clothes from an early age. Even when I was at university they pitched in with their expertise when needed.

How was presenting at iD Dunedin Fashion Week?
Being my first international show it was so interesting to see the direction of fashion around the world, and how it differed to what it looks like in New Zealand. I think fashion has a way of speaking to and challenging global issues in society so I really enjoyed having conversations with each designer around their concept. It’s a great feeling when you put something out there that’s completely you and that you’ve worked hard for — and get recognised for it.

What does your collection ‘Sidelined’ represent?
My collection speaks to the stereotype that all Pacific people are good at sport. As a Pacific Islander growing up and not being good at sport, it caused confusion in who I was supposed to be. I didn’t fit the mould, leaving me to question my “Pacific-ness”. I aimed to challenge that stereotype by outworking it through fashion. I take it captive rather than let it take me captive. 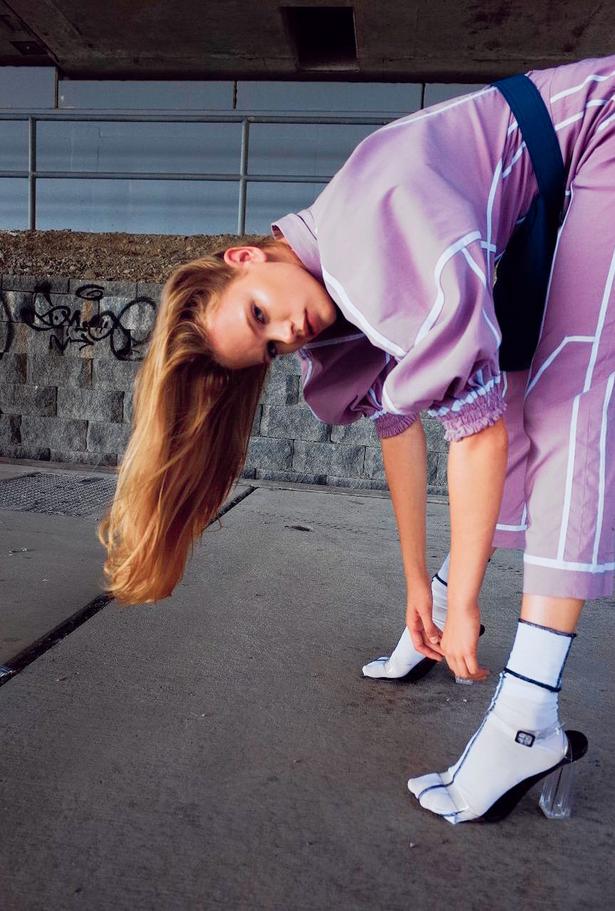 Do you have friends and family who have felt the same way?
It’s funny because during my project I was anticipating backlash and had even begun to question whether this stereotype does exist. After releasing this collection I’ve had people comment and share with me that they had had similar experiences.

Have you ever made sportswear-inspired garments before?
This was my first time exploring sportswear. I asked myself what comes to mind when I think of sportswear, using the same psychological approach used in the process of stereotyping. I came up with nylon and Taslan fabrics, pleated netball skirts, sports courts and sporting tape which is incorporated into the collection.

What about the accessories you made for the collection?
I wanted them to bring an edgy factor. The bags were inspired by late 90s sportswear, which I added as a practical purpose. The socks were a nod to sporting socks but simplified to glam up the looks. 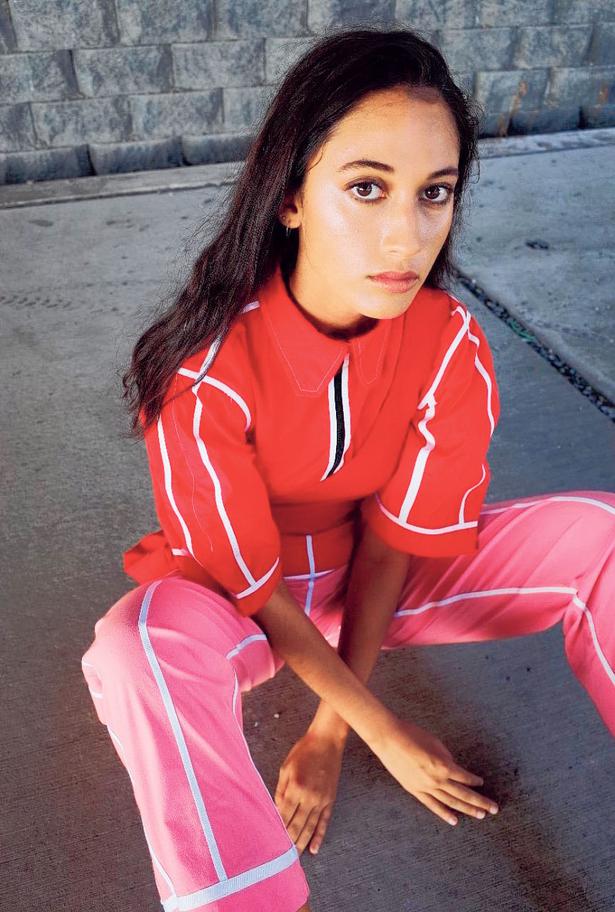 This was the designer's first time exploring sportswear. Photo / Supplied

How do the garments mix sportswear with high fashion?
I wanted the collection to speak to sportswear but not necessarily with pieces that could be used for sportswear. I incorporated tailored pieces such as shirts, trousers and skirts. The garments had a mix of both glam and sportswear elements, such as the jacket and shirts with a sporty zip and a tailored collar.

What colours did you use and why?
In no way did I want to portray my concept as a negative or for Polynesians who do well in sports to feel less than. I wanted the collection to be bright and positive and decided the way to do that was through colour. I borrowed inspiration from William La Chance’s St Louis basketball which uses a mix of loud colours next to pastels and neons.

What messages do you want to tell with your designs?
This collection was rooted in the idea of not fitting a stereotype and feeling like I didn’t belong. Going forward I want to emphasise the idea that people do belong with my designs. I want to do this practically rather than in a conceptual manner, making and designing clothes that are simply accessible. I think fashion can be quite exclusive, with moulds to fit. I would like to work towards demolishing the stigma.

What are your future plans in the fashion industry?
I currently work as a freelance designer and also collaborate with another designer, and my best friend, under a label named Layplan. We want to establish ourselves this year and expand the brand.