Michael Kors may announce a deal as early as this week that values Versace at about $2 billion USD, said the people, who asked not to be identified as the discussions are private. Donatella Versace, who has helped run the company with her brother Santo Versace since the murder of their sibling Gianni in 1997, has called a meeting with employees Tuesday to announce the sale, according to two people familiar with the situation. Kors shares slumped the most since May.

Blackstone Group owns 20 per cent of Versace, which sells leopard-print sweatshirts for 2,100 euros ($3,714 NZD) and 995-euro ($1,760 NZD) tartan-covered sneakers. The private equity firm plans to sell its stake in the deal, according to a person familiar with the situation. A representative for Versace declined to comment on the potential transaction. Michael Kors couldn't immediately be reached. A spokesman for Blackstone had no comment. While talks are advanced, no final agreements have been reached, the people said.

London-based Kors last year snapped up shoemaker Jimmy Choo for about 896 million pounds ($1.7 billion NZD), expanding beyond its namesake brand. Now, it's vying with Coach owner Tapestry to build a U.S.-based multibrand fashion empire along the lines of Paris-based conglomerates LVMH and Kering.

Kors, whose shares are listed in New York, alarmed investors earlier this year when it reported a decline in retail sales under its main brand in the Americas, even as the smaller European and Asian markets fared better. The shares had recovered since then, trading 15 per cent higher for the year through the end of last week, with Choo boosting the latest quarterly results. 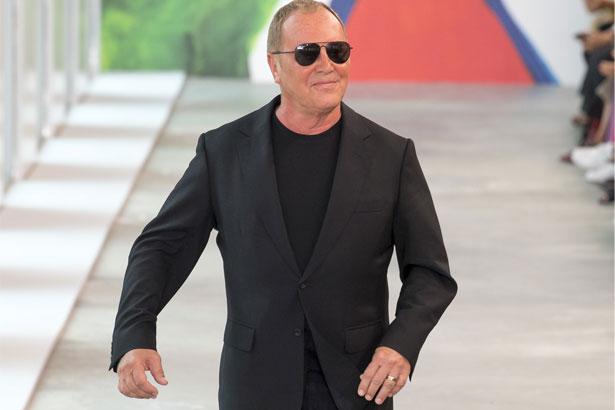 Versace, known for its flamboyant style and Medusa-head logo, hired Chief Executive Officer Jonathan Akeroyd in 2016 from Alexander McQueen. The company had been working toward an initial public offering, though market conditions haven't allowed it to move ahead.

The Versace family, which owns 80 per cent of the company, will continue to have a role under any agreement, the people familiar with the situation said. Donatella serves as creative director, while Santo is chairman.

Italian newspaper Corriere della Sera reported earlier that Versace could be sold this week for about $2 billion, with several groups interested including Kors and Tiffany & Co. LVMH, PVH Corp. and Tapestry also looked at Versace in recent months, according to a report on Sunday by Women's Wear Daily.

Versace had revenue of 686 million euros ($1.2 billion NZD) and returned to profit in 2017, according to figures provided by the company. The brand has been at its most prominent in years since a hit show last September at Milan Fashion Week. In a tribute to Gianni, Donatella Versace brought back the most iconic looks from his collections spanning the 1990s, including silk blouses mixing leopard prints with images of baroque architecture. She closed the collection by walking the runway herself, arm-in-arm with 1990s models including Carla Bruni and Cindy Crawford.

Inside the Gucci Garden in Florence