A version of this story was originally published by TheCoconet.tv

The lack of Pasifika and indigenous faces in New Zealand fashion and media is nothing new, and though we are slowly seeing a shift in representation and diversity, we're still a long way from where we need to be.

Some of the first Pasifika faces to surface in the New Zealand modelling scene included Rosanna Raymond, Sarah Leo, Monique Rana, Stan Wolfgramm, Marama Nicholas and Angela Tiatia, and during the 80s and 90s these models brought a fresh energy to a European-dominated scene. A handful of New Zealand brands and platforms such as Workshop and Planet Magazine took the lead in celebrating and presenting Pasifika faces to their audiences.

Rosanna, these days a leader and innovator within the contemporary Pacific art scene, says she was encouraged into modelling as a teenager by her mum, who sent her to a course.

“My dear mum always told me I was beautiful … but I never felt it. Being afakasi (part Samoan, part European), I never measured up to my darker and full-bloodied cuzzies — too pale for them and too fuzzi for the palagi — and I certainly was never pretty or cute."

Based in Christchurch at the time, Rosanna says there were only one or two other women of colour that she knew of. When cast for jobs, they were never presented as Pacific Islanders.

“We were mixed race and [could pass as European]. Once they straightened my hair and if I didn’t get too tanned I was cast as 'exotic' not Polynesian …you know, Italian, Spanish, French. Never as Polynesian.”

Frustrated with the lack of diversity, and the ignorance that came from people who classed her and other Pacific women as “alternative” instead of Pasifika, Rosanna began a casting agency herself, concentrating on the brown faces that reflected a more realistic Aotearoa. From that point, the industry slowly began diversifying its talent, with brands like Streetlife, Standard Issue and Zambesi using Pacific faces in their campaigns.

Australian model Guyala "Lala" Bayles is one of just a few Aboriginals in the fashion industry right now. The 17-year-old began modelling a couple of years ago, appearing on the runway for Black Bold and Beautiful. When asked about the industry's lack of Pasifika and indigenous representation, Lala insists that change is taking place.

“I think this year is a breakthrough for more unique-looking models, as well as women of colour, to start their way into the modelling industry," she says. A successful byproduct is the portrayal of a healthy body image. "I know most of my Islander and indigenous girls have curves and aren't a size 6, which makes us even more unique.”

The young model admitted the industry is tough to start out in, but says maintaining a strong mentality and a positive healthy lifestyle helps a lot. Her message for aspiring models of colour?

“Good luck to all my gorgeous indigenous and Pasifika girls looking to fulfil their dreams in the fashion industry. We are strong and we can achieve anything we set our minds to. Never forget that we are beautiful in our own unique ways.”

Lala will represent Aboriginal Australia at this year's World Supermodel Pageant in China from May 21-27. The winner will receive a one year contract with an international modelling agency and a one-year acting scholarship with Bobbie Chance Shaw in Hollywood.

Another model to watch out for is Aucklander Brooke Lepou-Evaga who won the Westfield Style Pasifika Fashion Awards model search in 2010 at just 17 years old. From there, the Samoan's modelling career soared and she has since featured in a number of high-end fashion editorials and brand campaigns.

Agencies are on board with the message too.

Terri Smith is the founder and creative director of terri, a Sydney-based agency that manages and creates opportunities for Polynesian/Indigenous/Ethnic creative talent, production crew, models and emerging artists. 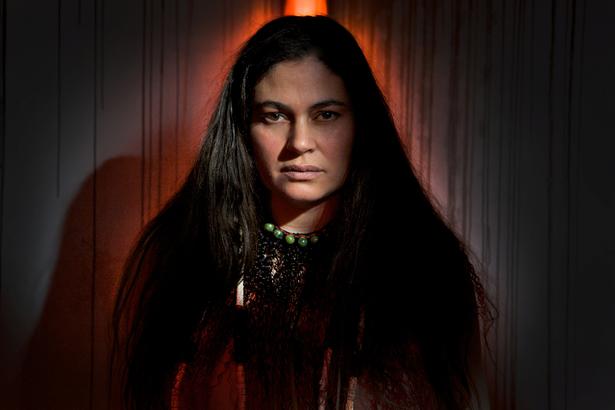 During her time working in the fashion and media industries, Terri noticed a vast range of nationalities emerging, except for the presence of young Pacific Island, Maori and indigenous women.

"Being exposed to many faces and races I began to ask myself why there weren't more brown women [involved]," she says. “My aim is to expose [the talent on my books, especially] to the international market, and have more indigenous heritage gracing the runways and editorial fronts worldwide.”

Sasha Sarago, the editor and founder of Ascension Magazine is another industry leader creating invaluable opportunities for indigenous talent. Sasha, a former model, is a proud Aboriginal woman of the Wadjanbarra Yidinji and Jirrbal clans. She founded her magazine out of frustration over the lack of diversity in the Australian fashion and media industries. "I didn’t see reflections of myself, my friends, family or community, so I decided to develop a platform to celebrate our beauty, culture and creativity — for us, by us."

Sasha said her experience as a model of colour in Australia was very lonely and frustrating. "Models of colour are forced to work twice as hard compared to an Anglo/European model due to the lack of opportunities afforded to us".

Finding agencies and agents who understand the struggle of being a minority in the industry is half the battle. Even after being cast for a job, Sasha says that models of colour are often subject to discrimination and racial microaggressions when faced with technicians who don't know how to apply correct makeup or style hair, to then being typecast based on skin colour.

"I think it’s disgusting that it's 2017, and it’s still taboo or considered brave to cast an indigenous/Pasifika model in a fashion campaign," she says. "The exclusion of models of colour in fashion is racist. It sends a clear message to society that people of colour don’t matter, we don’t exist, and they don’t care."

In 2017, despite seeing more Pacific and indigenous representation in our media, it still seems that the general aesthetic hasn't changed. Being mixed or afakasi continues to be the standard for successful models of colour. What message then does this send to our Polynesian men and women who actually look like Polynesian men and women?

Dan Ahwa, fashion editor for the New Zealand Herald's Viva and Canvas magazines, says as a Samoan working in the industry the imbalanced representation is very apparent, and he tries his best to feature models from a wide range of ethnicities.

"I'd like to see agencies — not just modelling, but also talent and acting agencies — really present a wide range of ethnicities so that there's a collective consciousness about the way New Zealanders are represented in mainstream media. From the commercials you see on TV to a fashion spread in a local magazine, the idea that brown people don't sell covers is archaic and frankly, racist.

"I try to feature models from different ethnicities all the time because it's important to me and also my younger sister and cousins who are still in high school. They need to be able to pick up a magazine and see someone who looks like them."

Dan is aware of the danger in perpetuating a specific aesthetic or suggesting that one race is more beautiful than another, which is a common and sometimes unconscious decision that many brands and platforms make.

"[At the Herald] we've got a responsibility as a commercial title to speak to a broad audience; not just indigenous and Pasifika cultures, but also our large Chinese and Indian communities too who are also grossly under-represented in mainstream fashion media."