Ines de La Fressange is in fashion-oracle mode, and she’s out to dispel any misconception that she found her style long ago, and should have settled on a “forever look” by now.

“The worst thing a woman can do when getting older is try to keep her style the same as what she thought was the best of her life,” she says.

“So many women seem to think that they looked their best at 35 — that’s when you’re still young, yet you think you’ve found what suits you. That’s simply untrue. You are never too old and you should never lose interest in what’s new now.”

A Chanel model and muse since the 1980s, Ines’ name is synonymous with that enigmatic notion of French style, a fashion concept that women around the world wish they could grasp, as it implies sophistication, ease and elegance.

Ines, who turned 60 last August, realised the interest back in 2011 and, then 53, wrote what is tantamount to the country’s official style guide — Parisian Chic.

She is still bemused that women turn to her for fashion advice, even though it has sold over a million copies since it was first published.

“At first I thought, ‘Who am I to give advice?’” she laughs. “The success was a surprise, but now I understand that this is what people expect from me.”

Having great taste and being able to articulate it has since served her well — Ines now runs her own label in Paris, designs regular collections for Uniqlo, has written six more books, and is an ambassador for shoe designer Roger Vivier.

She can pick and choose her projects. The latest, fronting a female-focused initiative at MGallery hotels, caught her attention simply because she’s sick of staying in hotel rooms designed for businessmen.

It seems we’re just as enamoured with Parisian style as ever. What’s their secret? “In Paris, people don’t add a lot,” Ines says of the pared-back look that defines French style now.

“They don’t pile on too many accessories or mix colours. Italian women are interested in looking sexy, American women want to look rich, but for us, less is more. It’s not better or worse, just different.

“In France, we have no such thing as keeping things for a special occasion,” she says, as I mentally flick through a number of wedding outfits and other just-for-best pieces I bought in the last year.

“We mix sophisticated things with casual things and it works wherever you go. We don’t respect the clothes — we will wear the silk with the denim, or whatever.

The clothes are there to make you look better, so that someone says, ‘You look great’, not ‘That’s a nice dress’.” 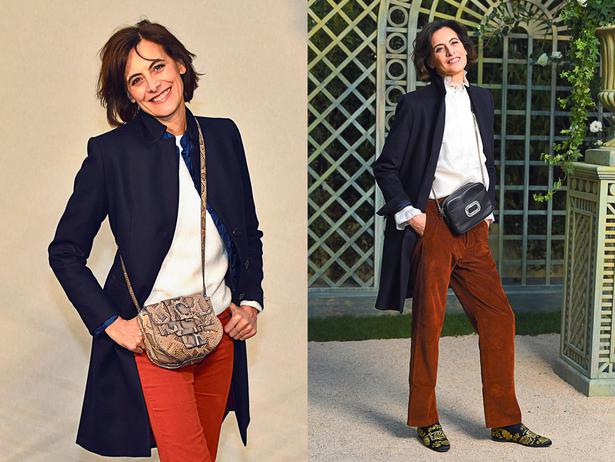 Ines has a consistent style but is always looking for the next new thing. Picture / Getty Images

While Ines’ look is consistent and quintessential, it has changed subtly over the years. “Most French girls will proudly tell you that they don’t follow fashion, but it’s totally untrue,” she says. “I keep things for years, but I also update.

“I spend a fortune on simple cotton shirts and indigo linen jackets — but they still look current. The size of a sleeve or type of buttons can be all it takes to make something feel chic for now. I still love Isabel Marant, I admire Chanel and Karl Lagerfeld’s imagination, but most days I wear Uniqlo with Roger Vivier shoes.”

The items Ines says you’ll no longer see her wearing include miniskirts, leather jackets and fur coats, as well as skinny jeans and leggings (“Why wear those uncomfortable, sticky trousers?”).

“Also, I wouldn’t wear a tweed suit,” she adds. “The other day my daughter, who is 18 and gorgeous, wore one of my Chanel suits and had so many compliments. If I wore this now, at 60, I would look 20 years older, like her grandmother.”

I quip that Brigitte Macron is now famously making miniskirts and suits her thing at the Elysee Palace. At 64 and wearing primarily Louis Vuitton, she has added something new to the nation’s style vocabulary. Inès is a friend, as well as a fan.

“In France, it’s not so mini, her skirt is almost on the knee,” she jokes. “I’m showing off and telling you that I know her, and him too, and they are brilliant people. She is very clever, with a fantastic sense of humour and a strong, kind personality.”

Her fashion verdict? “Maybe she should try brands other than Vuitton, but you can feel from her clothes that she is an interesting person and if she wore more trendy or exaggerated things it wouldn’t work.”

Ines has always been at the centre of Paris’ social scene, but now, as she and her crowd (including Princess Caroline of Monaco and Carla Bruni), reach their 60s, they are considered the most sophisticated women in the city. Ines lives on the Left Bank with her long-term boyfriend, Denis Olivennes, and her daughters, Nine, 24, and Violette, 18, from her marriage to Luigi d’Urso, who died of a heart attack in 2006.

Since Ines started her career in the late 70s, much has changed in the fashion industry. In 1983 she became the first model to sign an exclusive contract with Chanel, with designer Karl Lagerfeld noting that her resemblance to Coco herself was exceptional.

Ines was dubbed “the talking mannequin” by the press at the time, as she was animated, outspoken and would jump off the catwalk to chat to reporters.

“In the 80s, the designers were looking at the personality of the girl and choosing the runway clothes accordingly,” she says.

“In the same show, you would see one girl with huge curly red hair, one with short brown hair — each with their own look. We saw a lot more black girls on the runway than today, too, which is bizarre. Today, designers want to show their image of the woman, so they give every girl the same hair and makeup and you don’t recognise the models except for two or three stars.”

The recent allegations of abuse within the industry are unfortunately nothing new, and Ines says the profession has always run on cycles of problems, attempts at solutions, and then the emergence of new problems.

“As long as I have worked as a model, people have always immediately looked for the dark side of it,” she says.

‘They only want to talk about the girl who turns to drugs, the girl who is anorexic, or the girl who has problems with photographers. It seems a long time since we talked about any kind of scandal for models, and so people are interested again.

“It’s not to say that there is no problem, because there’s something wrong when photographers behave this way — everybody knew for a long time that certain people had a strange attitude towards models — and the agencies still send the girls anyway.

I think parents and agents need to talk to their girls about the problems that there could be and how to react and deal with them.

The big difference this time is social media — perhaps this can exaggerate what has happened, to the point when we have to talk about it, which is good.” 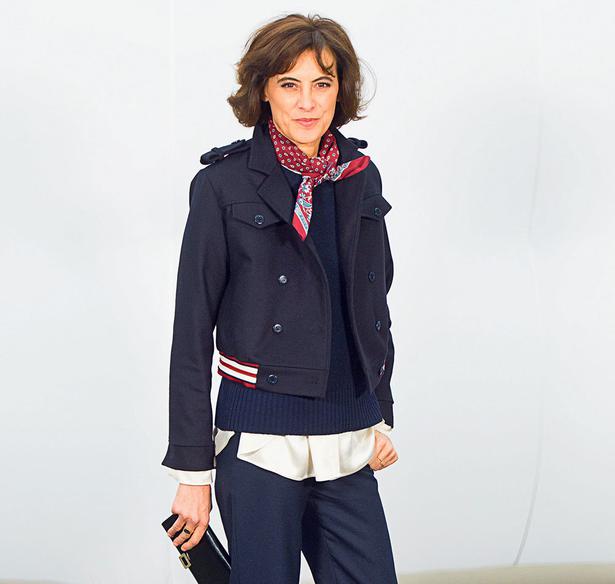 Ines makes sure not to over-do it with colours, saving flourishes for make up or accessories. Picture / Getty Images

Learning from the next generation is important to Ines, although she isn’t entirely on board with what many would see as the evolution of her career path — becoming an “influencer”.

She does, however, have 240,000 followers on Instagram, and has collaborated with Leandra Medine, founder of the agenda-setting fashion blog Man Repeller, on a new book about Roger Vivier shoes.

“I see these YouTubers and bloggers today and I usually find them pathetic,” she says. “But Leandra is fun and very smart — she really understands style and the business.”

Her own girls are now dabbling in creative careers — her youngest, Violette, has had cameras from Vogue snooping in her wardrobe, while Nine has modelled for Bottega Veneta.

The next generation of Parisian chic looks pretty similar to the previous — plus they get to raid their mother’s now-vintage Chanel.

A willingness to evolve has allowed Ines to stay relevant in fashion for more than 40 years, but it’s the way she delivers her advice that has made her a true authority on the subject.

She describes a constant stream of requests from reporters, Instagram fans and customers, all asking for similar tips, but she takes time to ensure that her answers are honest and personal for each.

“It is my personality to give advice,” she says. “I like to share with people the things I have tried and learned in my life.” It’s the sort of stuff you could never get from an ingenue, only an original French It girl.

Keep it Simple
My daily uniform is white jeans and a navy sweater. I don’t wear too many colours together. From there I can save the outfit with interesting shoes or a lipstick.

Know Your Classics — and When to Use Them
Some women come to my shop and buy espadrilles or a basket bag, which I source in Provence. I will wear the French classics, just not all at once.

Take Risks
It’s not good to be a fashion victim, but have some curiosity. Change your hair or lipstick and read magazines for ideas.

Scrap the Logos
There is no need to show off. Wearing a brand was once a sign of good taste but today it is the opposite.

Don't Be Cold or Uncomfortable
When I was young I wore things like ballerina slippers in winter, or not enough layers. Not anymore. You cannot be chic if you are not comfortable.

Steal From Your (Ideally French) Lover
I love to wear things that are too big, like a man’s shirt with a belt and sandals in the summer.