If anyone's in the know when it comes to the rising stars of the modeling industry, it's Chloe Hill. The New Zealand-born stylist, photographer and muse of many-a designer is also the founder of Cool Pretty Cool, a website dedicated to showcasing fresh faces from Australia and around the world.

Last week at Mercedes-Benz Fashion Week Australia 2019 saw her running from show to show, both backstage and front-of-house. Here she shares her top new models to look out for. Agi Akur @ IMG
Despite being new on the scene Agi holds her own next to Aussie runway veterans. I have no doubt she’ll be walking international runways in the next year, watch out!

Varsha @ Chadwick
Varsha was scouted while on holiday in Paris and upon returning to her hometown, Sydney, got signed by Chadwick. I’ve shot with her a few times already this year and I love her energy and eagerness, she’s going to go far. Penny Capp @ Kult
This adorable new face walked her first ever show for resort label Matteau. I snapped her with Robyn Lawley and Phoebe Tonkin right after they had all walked, cute!

Cameron Stephens @ IMG
This stunner was scouted by Khloe Kardashian for her label Good American earlier this year and made her runway debut at MBFWA. Proving the industry is ready for size diversity she was cast in some of the best shows of the week like Hansen & Gretel, Matteau and Karla Spetic. 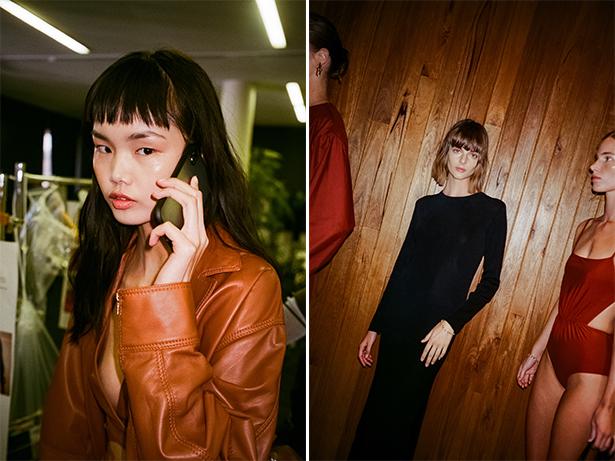 Fuyao Li @ IMG
I first met Fuyao at MBFWA last year, when she didn’t speak a word of English and had only just arrived from China. This year she was back in full force, as one of the top walking models of the MBFWA!

Aylah @ Kult
I first shot Aylah while on holiday in Paris in 2017, since then the pocket rocket (and taekwondo expert!) has chopped off her hair and emerged as one of the hottest models on the scene.

The star of Lonely lingerie’s latest campaign, model Anja Konstantinova, talks to Rosie Herdman about the power of motherhood, ...