The beautiful new-look store has been expanded to take over two floors; with the upstairs “women’s universe” area, featuring fine jewellery, and the women’s Cruise 2017 collection shown earlier this year in Rio.

READ: Steamy Fashion for Summer in the City 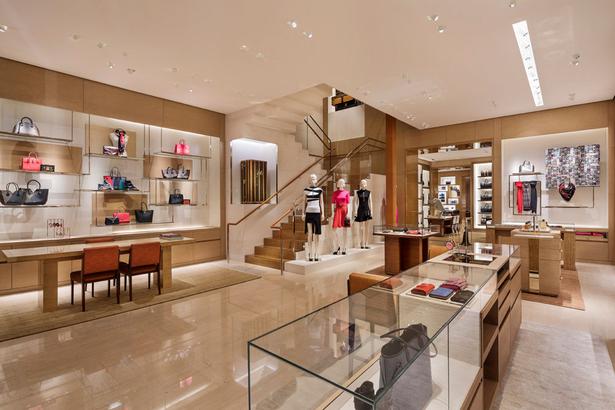 The ground floor at the renovated store. Picture / Supplied

Downstairs is the “men’s universe”, where you’ll find the men’s Spring/Summer 2017 Pre-Collection (capturing the rebellion of London punk, the emblematic savoir faire of Louis Vuitton and the inspirations of Africa), and the seven fragrances which make up the Les Parfums range, created by celebrated perfumer Jacques Cavallier-Belletrud.

A product exclusive to the store is the exquisite Fall/Winter 2014 Christopher black crocodile backpack, only available to purchase across Oceania in the Queen St store.

They say good things take time, and in the world of luxury never has a phrase been more appropriate when it comes to bespoke p...

Steamy Fashion for Summer in the City

To celebrate the arrival of Louis Vuitton’s Cruise 2017 collection, we hit the colourful streets of Singapore with top model Ai...