Despite a ragged turn-out by big names, there were some rays of hope at New York fashion week, which came to an end on Thursday.

Re-branded the American Collections by an exhausted-looking Tom Ford via a publicised Zoom call on the final day of proceedings, the designer postponed his presentation due to a Covid outbreak at his LA studio.

The CFDA (Council of Fashion Designers of America) chief promised faithfully to return to New York in September though.

Yet bold, beautiful offerings still shook us home-front-row journalists awake, with Gabriela Hearst and Ulla Johnson stealing the crowns from the old-school absentees. 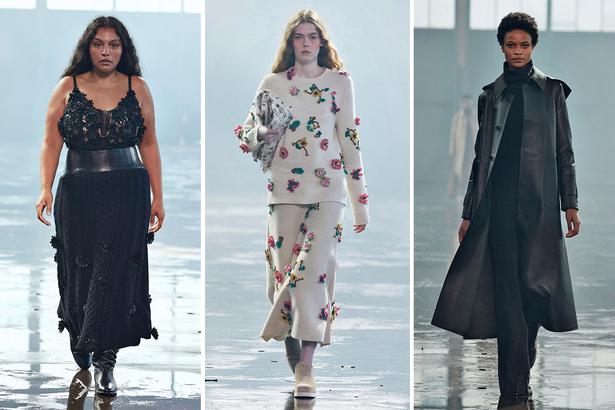 Even though Hearst has shown in Paris and now works from the French capital as creative director of Chloe (she’s due to show her first collection in the coming weeks), her quintessential feel for the local market puts her high, most might say at the top of the New York game.

With signature, sweeping woolen trench coats, body skimming cuts through almost-ankle-length skirts and bright floral, handcrafted embroidery, there was much for clients to choose from.

Hearst’s latest bags, a clutch tucked under an arm, a shoulder-slung double satchel will be among the most wantable luxury accessories for Autumn.

Johnson adhered to and continues to redefine the boho-luxe vibe which she has made her own. 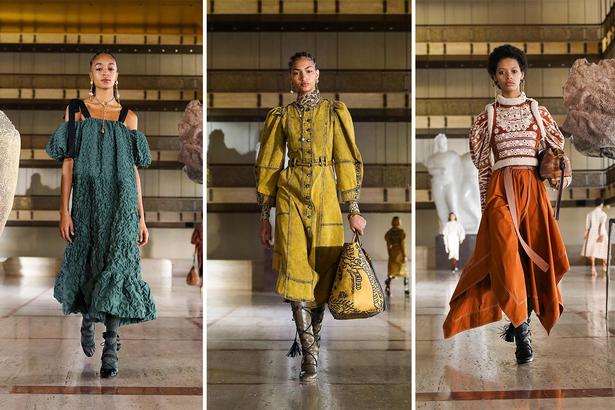 Trouser suits in strong camel, cream and black, plus mixed media fabric combinations such as wool and leather could easily be imagined into uptown wardrobes.

Each designer attempted to interpret the next step out of lockdown for their clients with over-sized shapes and gentle styling.

Almost a year into the pandemic, the impact on wardrobes in the Big Apple is discernible.

Fashionable New Yorkers took the opportunity to pare back clothing detritus in favour of practical, comfortable quality with The Row and smaller brands Wardrobe NYC, Khaite and cashmere’s The Elder Statesman gaining ground.

However, just as quality renewed a foothold, a newer frivolous spirit emerged in New York over the winter as people began looking forward to going out in the city once more.

A Parsons School of Fashion graduate, West hired lingerie and swimwear designer Maisie (Wilen was her mother’s maiden name) for his Yeezy brand, then seeded her own-brand startup.

Short dresses, all-in-ones, shorts and quirky pink and yellow tailoring featured in the designer’s presentation, filmed with a Kanye West vibe in a giant, silk curtained box with models walking through ankle-deep water.

“I was really playing on contrasting comfy versus more structured shapes and you see that in the nylon material, pink and yellow skirt suit and the big pink coat,” the designer told The Telegraph.

As for West, the superstar remains LA-based Schloss’ champion. “He is a partial owner of the company,” she added. “He is just a great supporter for me. Whenever I need to ask him something I can call. He is an amazing support system to have.” 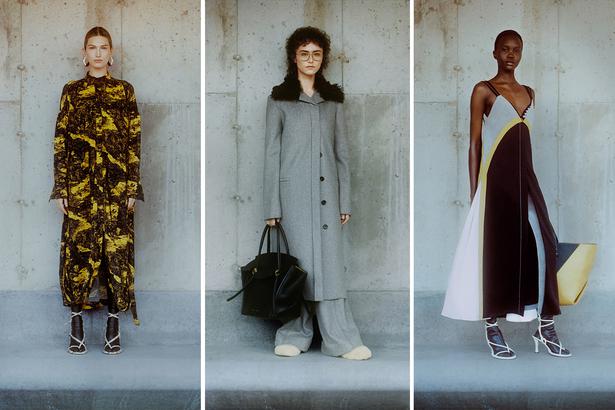 The week was rounded off by a solid Proenza Schouler presentation.

Ella Emhoff, the step-daughter of US Vice President Kamala Harris who signed a deal with mega talent agency IMG after her appearance in Miu Miu at the Inauguration in January, modelled a simple, single breasted black trouser suit and featured in the final frame of the presentation.

“It was a perfect first experience in the fashion world,” Emhoff told American Vogue.

Interesting, socio-political and creative people keep the Big Apple spinning as much as models and designers during Fashion Week.

Roll on next season, we are counting on you, Mr Ford.

The denim stalwart's unisex range is a vivid celebration of identity

How Megan Stewart Landed an Internship with Proenza Schouler