Opinion: Call Me A Misery, But I Won't Miss The Met Gala

Enjoy the silence as the 'Superbowl of Fashion' is put on pause, says Lisa Armstrong

The Met Gala, due to take place on the first Monday in May, has, for this year at least, gone dark. It’s only the second pause in its relentless 70-year stampede through popular culture. The first was in 2002, in the wake of 9/11 — only disease and war can stop it in its tracks, which is, in its way, impressive.

But can I be the only one grateful for the momentary peace and quiet? It’s not that I don’t enjoy a kitsch parade of frocks. But not having pictures of desperate-for-attention celebs cluster-bombing my Insta feed on Tuesday morning will feel like not having a stream of cars squealing all around me on the motorway.

It’s hard to pinpoint the moment the Met Gala relinquished all claims of being a showcase for exquisite craft and genuine style and became a jarring branding exercise that makes Versailles look subtle. It always had moments of vulgarity — Diana Vreeland, who used to preside over it in the Seventies, knew a sprinkling of schlock added to the gaiety of the nation. Enter Cher, in transparent Bob Mackie in 1974. 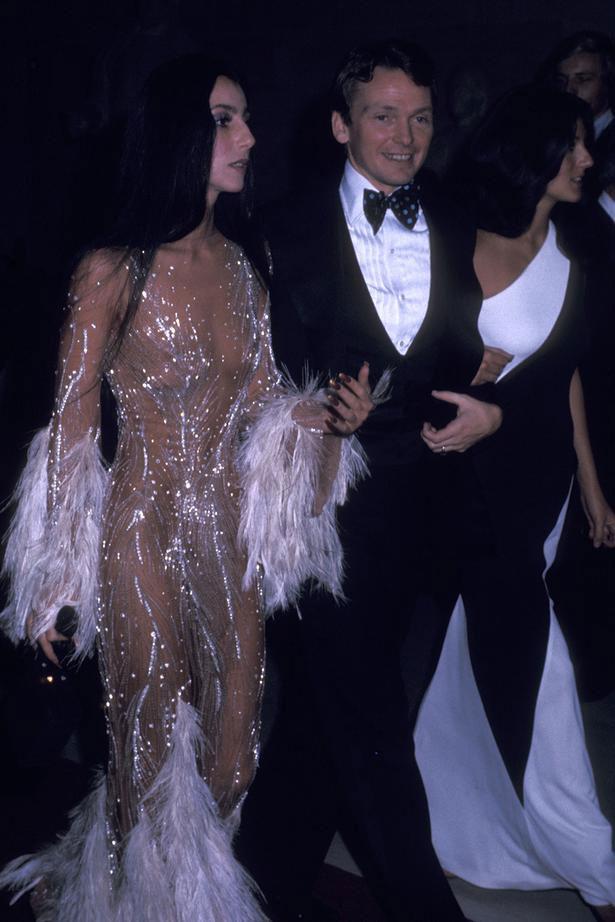 But 2019 skewered the Met Gala’s problem under a Klieg lamp. The theme was Camp — artistic licence for ludicrousness. The thing is, 2019‘s outfits weren’t much more freaky than the preceding years’. Not that anyone understands the often pretentious themes anyway; 2016‘s Manus X Machina and 2018‘s Heavenly Bodies just threw up variations of LOOK-AT-ME neediness.

André Leon Talley dubbed the Met Gala the “Superbowl of Fashion”. He meant it as a compliment. Tina Fey was less enthusiastic, describing it as “a jerk parade. If you had a million arms and all the people you would punch in the whole world, they’re all there.”

Weirdly, that view didn’t make it into the 2016 art house documentary The First Monday in May, which charted preparations for the 2015 ball. By last year the Met Gala was more burlesque than art house. Come to think of it, burlesque would be a good theme, although according to Gwyneth Paltrow, unlike burlesque the evening isn’t even fun.

Tables cost a measly $275,000 USD and you can’t expect enjoyment for that. Most guests can’t wait to skedaddle. Maybe they’re just desperate to slip out of their chandeliers (Katy Perry 2019) and Julian Schnabel pile-up of plates (Rihanna 2017) into something more comfortable.

On the plus side, the ball raises huge sums of money — for The Metropolitan Museum of Art mainly. The event was on course to rustle up $20 million this year. But charitable causes can’t provide a fig leaf indefinitely for vapid narcissists who are encouraged to play the fool to a gallery that only wants to see them look ridiculous.

Or am I just being a killjoy?

Anna Wintour’s Met Gala — she became chair in 1995 — reflects the obsessions of our era, which aren’t always pretty. Kim Kardashian, who was banned until 2013 and has since attended the ball seven times, has become a symbol of the Met’s transformation into a lavishly costumed reality pageant, setting out new battle lines for a cultural war between fashion purists who wanted Vogue to remain the ultimate arbiter of taste and those who welcomed the collapse of fashion’s elitist battlements.

“I see the role of Vogue to reflect what’s going on in the wider culture,” Wintour says. Sometimes it works: Lady Gaga’s outfits tend to land in the right place because they’re genuinely creative. Others — Madonna’s bondage-breasts-and-buttocks marathon in 2016 — provoke a collective wince.

READ: 7 Things to Know about the Met Gala

Maybe the Met Gala has to adapt, or lose its relevance. But it had traded authority and genuine flair for headlines. Even without the challenges of social distancing, it would feel wildly inappropriate right now. But it will almost certainly be back at some point — it’s too big a revenue driver to die.

How it looks and feels will tell us all sorts of truths — positive or unpalatable — about how much we’ve changed. In the meantime, enjoy the silence.