YAEL AFALO
It was the waste and excess Yael Aflalo saw in the fashion industry that drove her to create sustainable clothing label Reformation. At first glance, the California-based brand doesn’t look like your average environmentally-friendly garb. On the contrary, the pieces have mass-appeal, drawing in those who might normally keep their distance from the clean and green. The garments are made in Reformation’s own factory in downtown Los Angeles using sustainable fabrics and vintage garments, with 100 per cent recycled packaging for shipments, recycled hangers in the stores and use of renewable energy in the business. This year has been pivotal for the brand — with the likes of Alexa Chung and Taylor Swift calling themselves fans — not to mention that Insta-famous lace-up front body suit worn by nearly everyone. And things look like they’re going to get even bigger for Reformation, with a funding round in April raising $12 million to fuel growth initiatives. 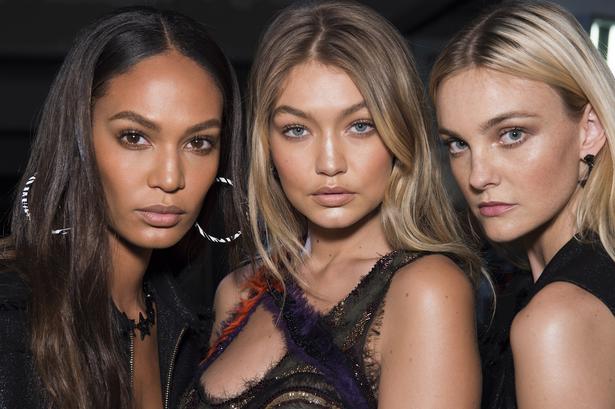 GIGI HADID
Model Gigi Hadid (centre) has had an impressive year. The 20-year-old is part of the new generation supermodel “squad” with huge social media followings, with more than 10 million on Instagram — at least 9 million of those she gained this year. She calls fellow model Kendall Jenner and Taylor Swift BFFs, and this year graced the covers of Vogue, Elle, and Harper’s Bazaar. Earlier this month she announced she was designing a collection for Tommy Hilfiger. But her most applauded move in 2015 was the powerful open letter she posted on social media in September, slamming body-shamers for criticising her figure and runway walk. She wants to be a model that represents body acceptance and positive change in the industry. “I represent a body image that wasn’t accepted in high-fashion before ...” she wrote, “Yes, I have abs, I have a butt, I have thighs, but I’m not asking for special treatment. I’m fitting into my sample sizes. Your mean comments don’t make me want to change my body.” 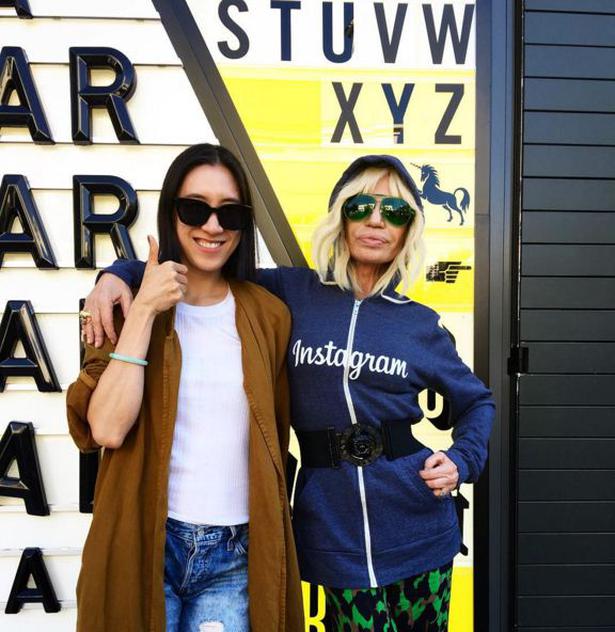 EVA CHEN
As Instagram’s influence on fashion became even more pronounced, the show-stopping moment transformed into what Eva Chen dubbed the “thumb-stopping” moment. The former editor of Lucky had become an influential user of the social media channel, with her signature ‘#evachenpose’ (designer shoes up in the backseat of the car, usually with an apple). In July the relationship became official as she became Instagram’s head of fashion partnerships — even managing to get the always glamorous Donatella Versace into an Instagram sweatshirt. Eva’s digital-fashion influence is set to expand into the new year, with her apointment as a director on the board of the luxury e-retail group Yoox Net-a-Porter.

GOSHA RUBCHINSKIY
The year saw several cult skate brands move into the high fashion and mainstream arena from the likes of Palace Skateboard’s flagship store opening in London to the Soviet-chic sports aesthetic of Russian menswear label Gosha Rubchinskiy. Worn by rapper A$AP Rocky to the MTV Awards, it was a money can’t buy endorsement for the obscure brand, tapping into hip hop’s evolving high fashion bent. It’s an interesting development, as high fashion so often looks to skate, surf and youth sub cultures for constant inspiration. Cult skateboarding magazine Thrasher Magazine, founded in 1981, also had a surprising resurgence with its signature flaming masthead adorning caps, T-shirts and hooded sweatshirts. In a year when the term “Athleisure” has made its presence felt (officially adopted into the Merriam Webster Dictionary), it’s no surprise that these skate and street brands have made an impact in 2015. 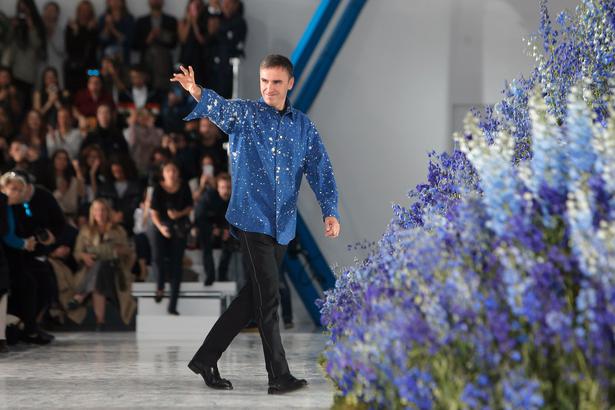 BYE!
Is something rotten in the state of fashion?
Why Fashion is Crashing: These were the headlines in October, with two surprise and abrupt resignations rocking fashion — topping off a tumultuous year of designer departures and conversations around the pressures of time (or lack thereof) and the ever-increasing pace of fashion. “Designers — by their nature sensitive, emotional and artistic people — are being asked to take on so much. Too much,” opined fashion journalist Suzy Menkes.

1. Days after Dior’s spring/summer 2016 show, Raf Simons announced that he was stepping down as creative director of the storied luxury house. “It is a decision based entirely and equally on my desire to focus on other interests in my life, including my own brand, and the passions that drive me outside of my work.”.

2. Six days later, and after 14 years at the helm, Alber Elbaz dramatically left his post at Lanvin, based “on the decision of the company’s majority shareholder”, according to his official statement.

3. Alexander Wang announced his resignation from Balenciaga in July, showcasing his final collection in October.
4. Earlier in September, Natalie Massenet had shocked everyone by resigning from Net-a-Porter, the successful company she founded in 2000 and on the eve of its merger with the Yoox group.

5. Earlier this month London-based designer Jonathan Saunders topped off the year of change by closing his brand and business. RIHANNA
The superstar brought back the red carpet moment, working with stylist Mel Ottenberg to assert herself as music’s current most interesting and adventurous fashion plate. Her Met Gala gown (pictured) was a sensation, quickly becoming a meme, while the rest of her wardrobe set trends and tongues wagging. For a non-designer, her influence on fashion this year was significant — from releasing her first sneaker as part of her role as creative director of Puma to becoming the first black woman to front a Dior campaign. With her album set to be released soon, expect her fashion influence to grow even further in 2016. 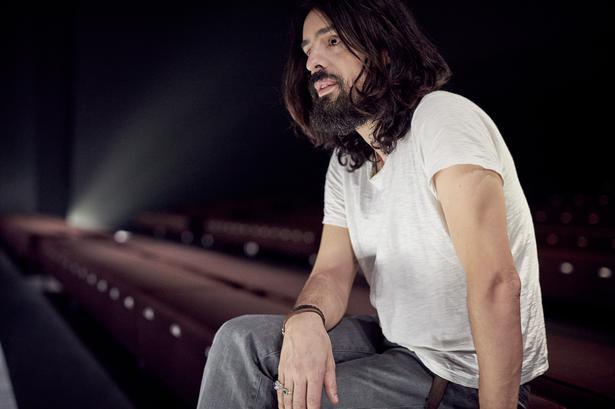 MAN OF THE YEAR: ALESSANDRO MICHELE
Appointed as the new creative director of Gucci in January, Alessandro Michele shook up fashion globally like no other this year just six collections into his tenure at the Italian luxury house. His vintage-inspired creations have made an impact far and wide on the street and the runway, with other designers and chainstores clearly inspired by his eccentric, more-is-more aesthetic: think oversized glasses, embroidery, embellishment, fussy floral prints, pussy-bows and berets, often all at once. “I am trying to cause a little revolution inside the company,” he told Vogue, neatly summing up his impact on fashion in 2015 as well. 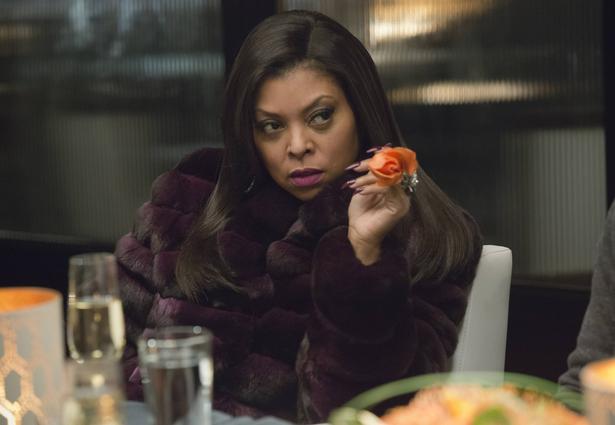 COOKIE!
Fashion felt the impact of hip-hop soap opera and TV sensation Empire, with its fabulous wardrobe heralding a return to unapologetic glamour after months of normcore. Cookie Lyon, played to perfection by Taraji P. Henson, easily snatches the best-dressed on-screen crown, with furs, jewels and leopard prints that match her sassy personality. Following the unprecendented success of the first season earlier in the year, the second was dripping in even more designer fashion: episode one opened with Cookie wearing a feathered Gucci dress, and commenting on another character’s outfit, “It’s screaming, ‘I’m dripping with money and I know how to spend it!’”

DEMNA GVASALIA
Following Alexander Wang’s departure from Balenciaga, speculation about who would be the right person to take up the prestigious role ensued. Days after Wang showcased his swansong for the house, it was announced that 34-year-old Georgian designer Demna Gvasalia of emerging ‘anti-fashion’ label Vetements would take over, to the surprise of some fashion insiders. It’s a radical choice for the storied luxury brand, but one that owner Kering’s chief executive and chairman François-Henri Pinault believes is a timely decision to move luxury forward. “Demna Gvasalia embodies a unique approach to the profession, marked by a sociological observation of the wardrobe’s essentials and the way he remains humble and rigorous in his creative work,” explained Pinault of the announcement. TIM BLANKS
The imminent closure of Style.com, the global fashion industry’s go-to website, was announced at the end of 2014, but it wasn’t until September that the site finally diverted to its new home as part of Vogue.com. Several high-profile contributors moved on in the transition, including street style photographer Tommy Ton and highly respected and influential New Zealand-born fashion critic Tim Blanks. A month later, he was announced as the editor at large for fashion website Business of Fashion — a coup for the site, and for the industry as a whole, amid concerns that genuine fashion criticism was disappearing. Explained BoF founder Imran Amed of the hire, “In a fashion media landscape where opinion has become increasingly watered down, I think voices like Tim’s have become more and more important”. Expect Style.com to be in the news again in 2016, with it set to relaunch as an e-commerce site.